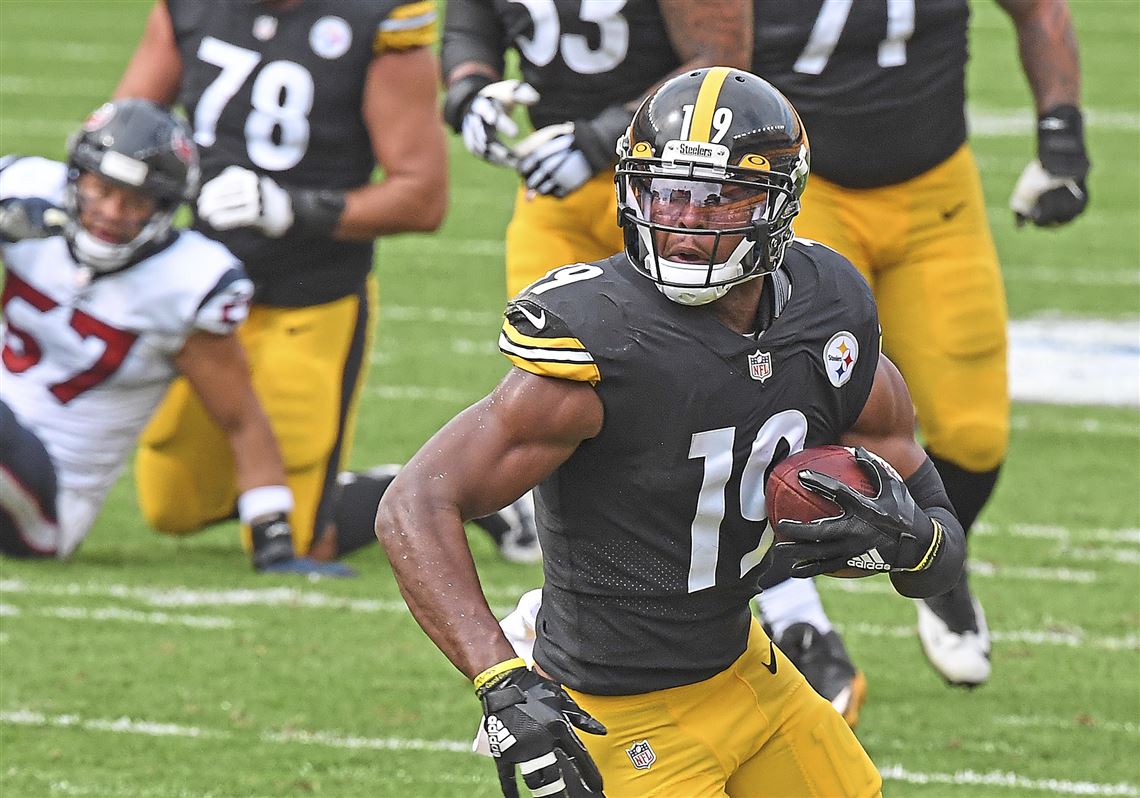 Week 5 of the 2021 NFL season is officially in the books. After a much-anticipated week, there were plenty of fantasy points to go around. While a lot of the points came from the usual suspects, there were many that came from under-the-radar players. Some surprise players rose to the occasion, and some studs turned out to be week one duds.

This is the fifth article in the weekly buy and sell series, where we will look at player trends on Prediction Strike. Which players are trending up? And which are on the decline? We will use this information as an indicator of potential buy candidates and potential sell candidates. Without further ado, let’s dive in and win some championships.

Going down in week five with a shoulder injury, it now appears that JuJu Smith-Schuster will miss the remainder of the season. This has resulted in a decrease in value by 15% on Prediction Strike. Now is the perfect time to buy if you are a rebuilding team.

With shoulder surgery ending his season early, he will be of no use to a contending team. If he is rostered by a contending manager, make an offer for him. Smith-Schuster is set to be a free agent next year, and at just 25 years old, he has plenty of years left in him.

Try giving up an older player that could help a team out now in exchange for Smith-Schuster. I think regardless of what happens in the offseason; it will only get better for him. He will either remain on the Steelers and presumably have a new quarterback, or he will be signed by a new team with fewer weapons and a better quarterback.

After recording three catches for just 20 yards on four targets in week five, Noah Fant saw his Prediction Strike value decrease by 15%. If there is any frustration from the manager rostering Fant, I am sending them an offer. Whether I am contending or rebuilding, I want Fant on my team.

At just 23 years old, Fant has plenty of room to grow. He will remain a valuable player for many years to come. Furthermore, he will help a contending team right now. He is currently tied for seventh at the tight end position in targets with 31. He also ranks eighth at the position in receptions with 21.

While his yards are a bit low, he does have two touchdowns. With the volume he is receiving, I expect the yards to pile on sooner rather than later. Fant is too talented not to be used in this offense. With great speed, he can break free on any given play. Reliable tight ends are hard to come by, and Fant is one of them.

Giovani Bernard’s Prediction Strike value has increased by 29% after finding the endzone in week five. Securing both his targets for 14 yards and a score while adding four rushes for 21 yards, Bernard showed some signs of fantasy relevance. Opportunities like this do not come often. Sell him while you can.

At 29 years old, buried on the depth chart behind Leonard Fournette and Ronald Jones, we are pretty much banking on a touchdown for Bernard to provide valuable fantasy points. On a pass-heavy team with a plethora of weapons, Bernard is an afterthought.

In a situation that many believed was Bernard taking on the James White role in Tampa Bay, this has not been the case. Outside of his nine receptions in week three, Bernard only has seven targets. Not a reliable weekly starter, now is the time to move on. Try selling him to a contending team. I would be happy to get any return on him at this point.

If you’re not a #NerdHerd member, sign up now using my special promo code ‘FFWorm’ to receive 15% off any site membership. If you enjoyed this piece, look for more content on my Twitter @FF_Worm.  Feel free to tweet me or DM me for any questions, comments, or general fantasy football talk.