It is important to continue adding bench stashes to either trade away if you are rebuilding or helping with depth if you are a contender. In this week’s waiver wire article, I will talk about one player that should be on every waiver wire and four more that you should roster on your team. 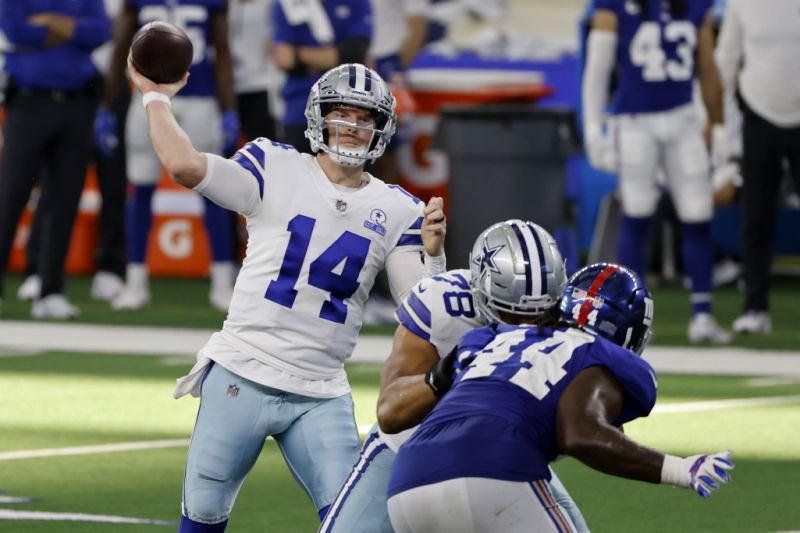 Week 5 is over, and Week 6 is right around the corner. It is important to continue adding bench stashes to either trade away if you are rebuilding or helping with depth if you are a contender. In this week’s waiver wire article, I will talk about one player that should be on most waiver wires and four more that you should roster on your team if they are on the waiver wire.

I had my eye on Fulgham last week after he scored 13.7 PPR, but I was skeptical about adding him because he only had 3 targets. Well, in Week 5, Fulgham gad 13 targets for 10 receptions, 152 yards, and 1 TD. He was the WR2 overall. Fulgham has weekly upside with how banged up the Eagles WR core is, and he can help to fill in during actual or surprise bye weeks. I will drop Fulgham if his targets decrease once Dallas Goedert, Desean Jackson, or Alshon Jeffery begin to play. I would spend 5-12% of my FAAB on adding Fulgham to my dynasty teams.

Andy Dalton is my number one add for Superflex dynasty leagues. Dalton did not have a great game in Week 5 from a fantasy football perspective, but he had an 81% completion percentage and had the 8th highest QB rating in Week 5. Also, Dalton has the best WR core of his career with Amari Cooper, Ceedee Lamb, and Michael Gallup. Dalton has low-end QB1 to high-end QB2 potential for the remainder of the season. If I just lost Dak or need a QB, I would drop 100% of my remaining FAAB on Dalton in a Superflex league. In a 1QB league, I would spend 10-20% of my FAAB if I needed a QB.

You should roster Case Keenum in every Superflex league. Baker Mayfield had a rib injury on Sunday, but I expect Mayfield to play in Week 6. Keenum would be the next man if Baker could not go in Week 6 or was injured anytime in 2020. Keenum also showed that he could be a competent QB in 2018 and played ok with the Washington Football Team in 2019. The Browns also signed Keenum to a three-year contract, so he has long-term stability as a backup. I would spend 5-10% of my FAAB on any of these QBs in a Superflex dynasty league.

Also, I would look to add any backup QB in a Superflex league that has shown they can run an offense. Some examples of other QBs that should be rostered in Superflex leagues are Jacoby Brisset, Andy Dalton (pre-Dak injury), Alex Smith, and Robert Griffin III.

I talked about Jeff Smith last week, but he is still not rostered in enough dynasty leagues. Jeff Smith had nine targets in Week 4 and 11 targets in Week 5. Smith did not have as good of a fantasy football week in Week 5, but Smith is getting the targets. Also, Chris Hogan is expected to miss multiple weeks with a high ankle sprain, and it is unknown when Denzel Mims will be back with the Jets. Jeff Smith is the perfect bye week filler as well as a surprise COVID cancellation filler. I would spend 1-3% of my FAAB on Smith.

Cordarrelle Patterson needs to be added in more dynasty leagues. In Week 5, Patterson had 7.5 PPR points with three carries and three receptions for 38 yards. If your league gives points per kick or punt return yards, Patterson is a weekly flex play because he has had at least 50 return yards and had as much as 119 yards in Week 5. Patterson also seems to be filling in for the Tarik Cohen roll on the Bears offense, so he could see even more work as the season goes on. I would spend 1-8% of my FAAB on Patterson, especially if I needed an RB on a league run on Sleeper (has both RB and WR availability on Sleeper).