I take a look at some of the SEC players that you should have an eye on this weekend. 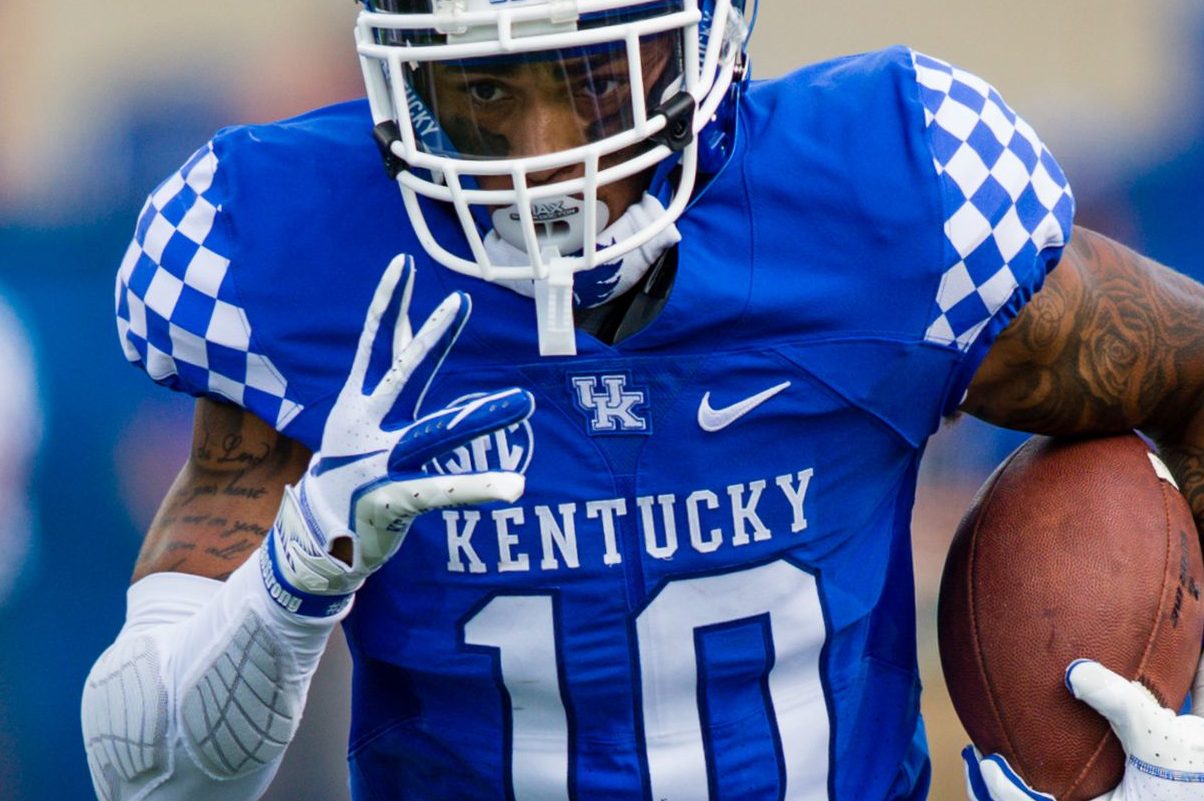 We have our first setback of the SEC season with COVID, leading to two games being canceled and now reports of Nick Saban being the latest to test positive.

With LSU/Florida and Vanderbilt/Missouri off the schedule in Week 7; we are down to 5 games this week but a couple of huge matchups ahead.

All the focus has been on Eric Gray and for the right reasons as he is the guy, but nobody is talking about Senior Ty Chandler. Ty hasn’t lit the world on fire over the last couple of seasons, but that doesn’t mean he won’t’ result in a usable fantasy player on Sundays. Here are his stats over the first three seasons.

Although those stats might not seem flashy, the Vols o-line struggled last year, and the offense had a rough time adapting to the transition into a new offense. Chandler is fast and smooth as he runs a 4.4 40 and is dynamic in the open field.

He has split carries with Gray this season, and both of them have struggled to find running room, but both are averaging 4.7 YPC on the season. They have a tough matchup ahead as Kentucky is only giving up 3.0 YPC, but the Vols have done a great job establishing the run throughout the first two season games.

He is versatile on the football field outside of just being a running back. He can catch and returns kicks where he has averaged 22.2 YPC on 25 attempts. Chandler should be on your radar throughout this season.

The dynamic for the Wildcats is eerily similar to what I spoke about with Gray/Chandler. You have the Senior running back in Asim Rose, who is coming off a good season, and we have sophomore Christopher Rodriguez Jr., who is also coming off a strong season, competing for carries.

Wildcats run a run-heavy offense that is led by quarterback Terry Wilson, but as you can see, Rose and Rodriguez are getting the job done on the ground.

Senior Asim Rose does have the edge when it comes to being the pass-catching back. While he only has five catches, it still is something to look at because that is important on the next level.

I loved a fun stat when doing my research on Rose because he had four 100 yard rushing games in his career, and they all came on less than ten carries. Rose is a meaty back that runs hard, has a good head on his shoulders, and will continue to improve throughout the season.

Outside of Alex Smith hitting the field last weekend, I am not sure we will find a better story than we have with Stetson Bennett IV. Bennett leads the Pierce County High School to three straight state playoff appearances, and as a senior, combined for 4,224 yards and 40 touchdowns, and in return, the only FBS scholarship he received was from Middle Tennessee State.

It’s not Jamie Newman leading the Bulldogs to a 3-0 record. He opted out. It’s not five-star transfer J.T. Daniels, he isn’t healthy, and it’s walk on Quarterback Stetson Bennett IV. Saturday will be the biggest test in the young man’s career as he is taking on Alabama, where the Crimson Tide have won 5 straight against the Bulldogs and are the number 2 ranked team in the country.

I wouldn’t precisely call Bennett a game-manager thus far, but he hasn’t lit up the stat sheet through three weeks. One thing that stands out when looking at his tape and his stats is that he gets better as the game progresses. If you look at his splits, you see a vast difference in the first half and second half.

With that being said and shown, Bennett will have to come out swinging because the Crimson Tide have scored 84 first-half points through three games. Kirby Smart and company are going to have to find ways to let Bennett make plays. They have the talent, Zamir White, Kearis Jackson, George Pickens, and a host of others.

Is Bennett for real? I am not sure yet, but Saturday will go a long way in seeing what is in store for his future.

I hope you enjoy Week 7 in the world of the SEC this weekend, and make sure to head on over to Twitter and give me a follow here. Make sure you subscribe to the #NerdHerd, where you get exclusive content, dynasty/rookie rankings, buy/sell tool, and a bonus podcast too. DynastyNerds also recently launched the #DynastyGM tool, which is a complete game-changer in the fantasy industry. Click here for a free trial. We truly are your one-stop-shop for all your fantasy football needs!