Week 7 is the time to decide if you are going to be competing or retooling. I have two solid adds for contenders with two super deep stashes rostered in zero MFL leagues. Let’s go win a ship! 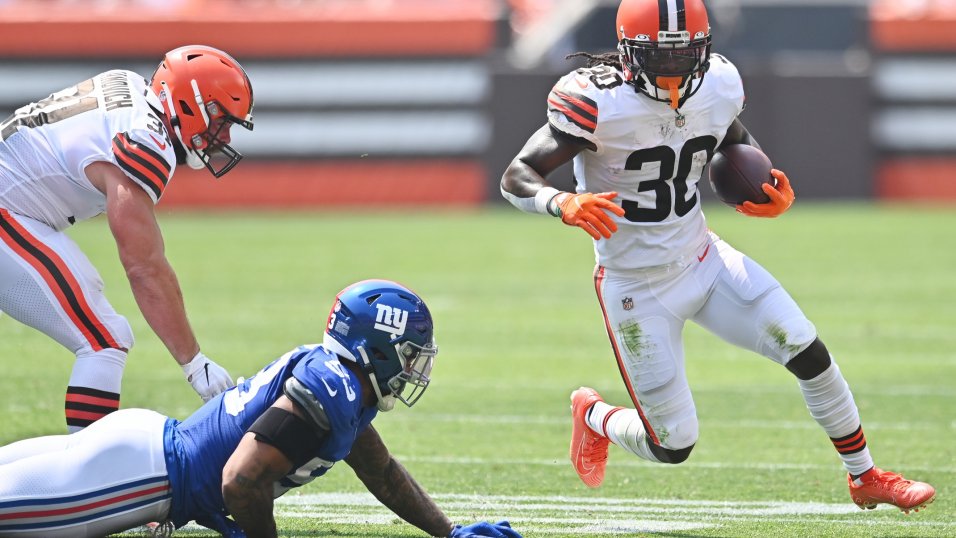 It is time to decide if you are competing or in need to build for the 2022 season. If you are competing, I recommend grabbing at least the top two players on this list and stashing them just in case you have a lot of players on bye weeks. If you are a rebuilding/retooling team, I would make your bench score the least amount of points possible if your league uses maxPF to decide draft picks. I also have two super deep stashes rostered in zero MFL leagues. Let’s win a ship!

Johnson is an obvious waiver add for Week 7 after the injuries to Hunt in Week 6 and Chubb in Week 5. Will he finally produce for over 10 PPR points in his career? I do not know, but he is in line to increase opportunity over the next three or more weeks. I am always of the mindset to add players with an increase in opportunity on the way and watch and see what happens.

Agnew led all WRs on the Jaguars in targets and receptions in Week 5 and was third with six targets. He was also on the field for over 59% of the snaps the past two weeks. Agnew is looking to be the new WR3 (and potentially WR1 some weeks) for the Jaguars. He should be added over WRs like Credrick Wilson, Deonte Harris, KJ Hill, Josh Gordon, etc.

Pettis is a reach of addition for even the deepest league. If you have an open roster spot, I would go ahead and stash Pettis in case Kenny Golladay and Darius Slayton miss more time. In Week 6, Pettis was on the field for 61% of the snaps with 11 targets and 9.8 PPR points. Only 11 players had more than 11 targets in week 6. Pettis was put back on the practice squad after Week 6, but he could be added to the active roster if Kenny Golladay and Slayton miss more time.

Hinton is another reach, even more than Pettis. Hinton is interesting because he is receiving targets on the Broncos. Over the last three weeks, he had at least three targets, and in Week 6, he had five targets. Hinton is not even close to startable and will most likely be dropped next week, but again if you have an open roster spot, why not spend 0 FAAB for a dart throw.

QUICK LIST OF PLAYERS TO ADD IF FREE AGENTS

What do you think about these dynasty waiver wire adds? Reach out on Twitter and tell me some additional players you are adding to your dynasty leagues. Have you joined the Nerd Herd? Just $4.99/month gets you access to one of the NERDHERD or DynastyGM, or you could pay $6.99/month for both.