In this weeks waiver wire article, I continue to make a case as to why Bolden has taken over the James White roll, and I have a long list of players to stash with upside potential (4 rostered in less than 10% of MFL leagues). Let’s go win a ship! 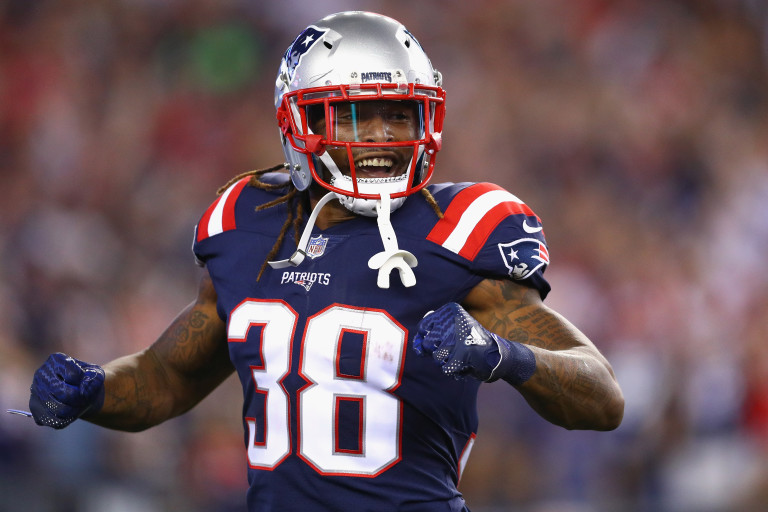 Byemageddon is finally over, and I hope your team survived the craziness. Also, it is time to decide if you are a contender or a retooler sooner than later so that you can get top dollar for your top-end assets if you want to sell them. Getting a head start on moving or acquiring assets makes it easier to be patient and get top dollar, especially when an injury occurs, which is bound to happen. In this week’s waiver wire article, I continue to make a case as to why Bolden has taken over the James White roll, and I have a long list of players to stash with upside potential (four rostered in less than 10% of MFL leagues). Let’s go win a ship!

Brandon Bolden is my top waiver wire add of the week in dynasty! He had had four or more targets in four out of his last five games and continues to be a solid depth piece with byes and injuries continuing to pile up. In weighted opportunity, Bolden had the highest on the Patriots because of his number of targets. If I were a team needy of an RB, I would offer a 2022 third for Bolden or spend 45% of my FAAB.

Flacco is not a sexy pickup, but he is a must-add if you need a potential QB to help with bye weeks. Zach Wilson will be out for four weeks with a PCL strain. Again, I would not expect much from Flaco, but beggers can not be choosers.

Moreau exploded in Week 7 with Darren Waller missing with an ankle injury. Waller will most likely be back by Week 9 after the bye week, but Moreau is a must-start TE in deeper leagues if Waller misses time again. I would not trade for Moreau because last week was the first week Waller has missed since he rejoined the league. I would spend 6% of my FAAB on Moreau.

Richard is a speculative add with Jacobs leaving Week 7 early with a chest injury. In Week 7, Richard only had 5.5 PPR points, but that was with only playing 24% of the snaps and receiving four targets, which was tied for third-most on the Raiders. I would expect Jacobs to be back after the bye in Week 9, but crazier things have happened.

The Dolphins have the second-highest TE target percentage in the NFL, only following the Falcons (Pitts!!!). I do not wish an injury on anyone, but if Gesicki did miss time, Shaheen and Smythe would be up for a significant increase in workload. Even in Week 7, both players had four or more targets, with Gesicki having eight targets. Based on the previous usage, I would expect Smythe to be the main benefactor of getting more TE targets. For both players, I would spend zero or one FAAB and only add them in deep leagues (roster 30 players).

What do you think about these dynasty waiver wire adds? Reach out on Twitter and tell me some additional players you are adding to your dynasty leagues. Have you joined the Nerd Herd? Just $4.99/month gets you access to one of the NERDHERD or DynastyGM, or you could pay $6.99/month for both.