Will Maxx Crosby continue his hot streak? Who is going to replace Myles Garrett? @Dynastradamus helps you punch that IDP ticket. 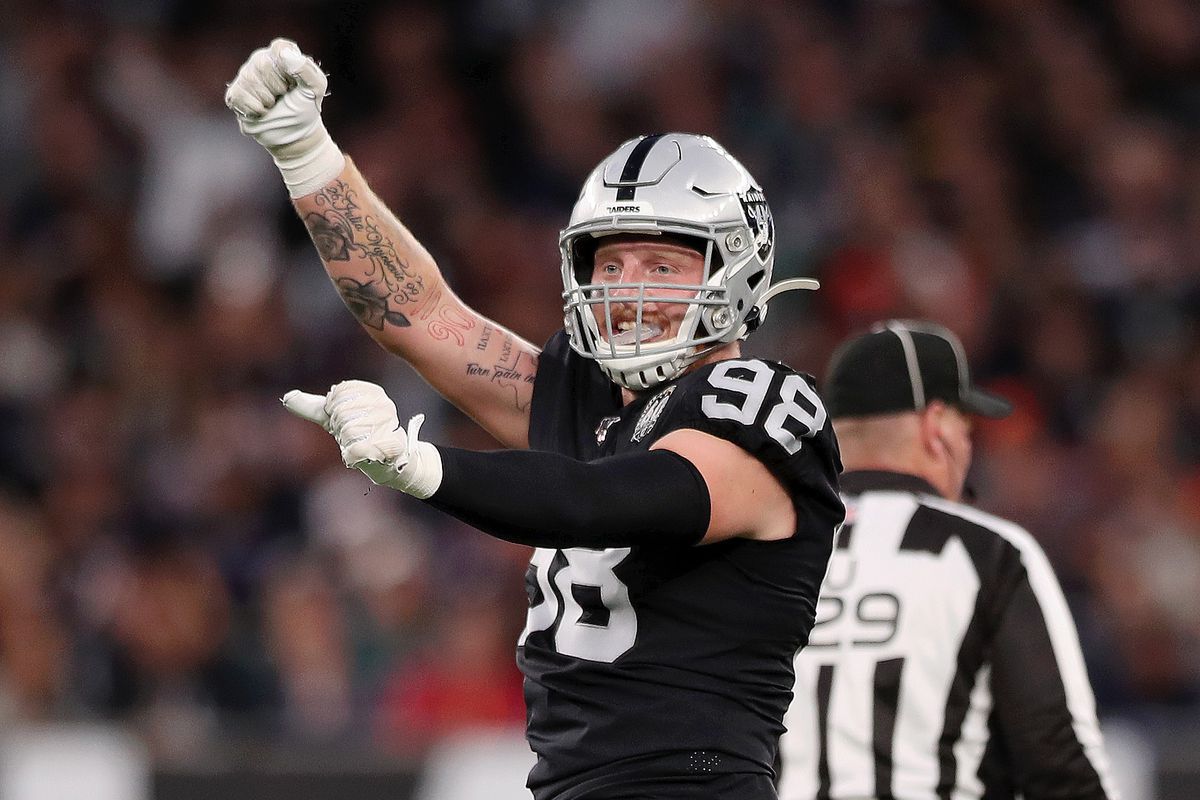 Snap counts are a great indicator of player progression and usage. Production doesn’t always follow, but for the most part, the two are synonymous. This can present a buy low or sell high opportunity, when a player has a high snap count and low production, and vice versa.  Snap counts are a great source of information to gain an edge over league mates who don’t pay attention to player usage and snaps, and only the box score.

Brown saw increased snaps in week 11 due to Drue Tranquill (0%) missing time with a calf injury. I would monitor the injury report this week to see if Tranquill practices. If Tranquill was to miss the game Jatavis Brown could be serviceable for owners that are desperate due to injury or bye issues. Jatavis used to be a popular IDP name but seems to have fallen out of favor with the Chargers.

Hewitt returned from injury in week 11 and returned to his every-down role alongside James Burgess (100%). Both LBs should continue to see full snaps in the LB depleted Jets defense going forward.

The Bengals released Preston Brown (signed in Oakland and is worth an add if on waivers), opening the way for Pratt to receive an increased workload. With the Bengals being currently in last place, it is no surprise that they are trying to get a rookie with Pratt’s pedigree as much meaningful playing time as possible. Look for Pratt’s snap count to increase weekly going forward.

Onwuasor only played nine snaps in week 11. This marks the 3rd week in a row that Onwuasor’s usage has decreased. Despite playing extremely limited snaps, Onwuasor posted 3 total tackles and a sack. Josh Bynes (39%) has played well since Onwuasor suffered the ankle injury that caused him to miss two games, but he also saw a diminished role in week 11. I would expect the Raven’s coaching staff to increase Onwuasor’s usage in the immediate future.

Quincy Williams practiced Wednesday and looks to possibly be returning from injury soon. I would monitor this closely. I would expect him to reclaim his starting role from veteran Najee Goode when deemed healthy.

Greenlaw has seen 96% of snaps or better in the two games he has started in place of Kwon Alexander. Greenlaw has put up extremely solid numbers in those two starts with 18 total tackles, 1 interception, and a pass defense. He looks to be a solid LB2 going forward.

Beasley seems to have turned his season around, as well as the Atlanta defense, the past two games. After an abysmal start, Beasley has had 6 total tackles, 2.5 sacks, and a pass defense. Beasley could be a streaming option going forward if he somehow was dropped in your league due to his slow start.

If you follow me on Twitter or have read these articles, you are aware of my love for Crosby. Crosby went off in week 11 when he posted 5 total tackles, a forced fumble, and 4 sacks. For those who didn’t watch the game, Crosby looked to be in a league of his own. He has been and will continue to be an absolute buy for me in dynasty leagues. If Clelin Ferrell develops to be the pass rusher that the Raiders hope he will be, the Raiders will have an extremely strong pass rush for the future.

Thomas has had two productive weeks in a row, with a sack in each game, and now Myles Garrett has been suspended for the remainder of the season. Thomas could provide owners with a solid low-end starting DE for the rest of the year. The return of Olivier Vernon should also help his effectiveness going forward.

The Browns have had terrible luck with injuries to safeties this season. This trend continued as Burnett was put on IR with a torn Achilles tendon, Whitehead was released after an egregious rant on Twitter directed at a reporter, and Eric Murray is still dealing with an injury. The Browns depth chart lists Juston Burris (57%) as the starting SS for the week. Burris had 5 total tackles, a sack, an interception, a forced fumble and a pass defense in week 11. Burris is worth a speculative add given his solid performance on limited snaps.

Swearinger was signed by the Raiders and played the second-most snaps amongst all their safeties in week 11 despite being with the team less than a week. I would expect Swearinger to play the majority of snaps going forward.

Tracy Walker returned from injury in week 11 only to reinjure himself. Will Harris filled in and played all the remaining snaps, as he did while Walker was out with the original injury. Expect his production to be very similar to that which he put up while filling in for Walker in weeks 9 and 10.

Rookie, Mike Edwards has seen his workload increase each of the past 4 weeks since returning from injury. Edwards was very unproductive in weeks 8 through 10 but posted 6 total tackles and a sack in week 11. Edwards started the year playing very well so it is likely that he will be used more as the Buccaneers playoff aspirations seem all but foiled.