The ‘Weekly Watch’ is back for week 3 of CFB! Find out which prospects @tristancook_ will be watching take the field! It’s never too early to look to next year! 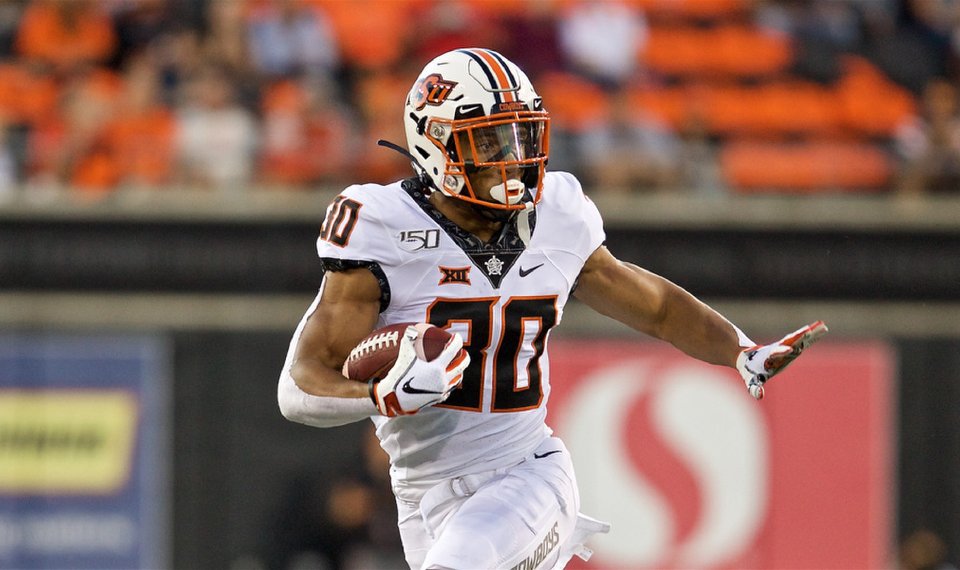 We have made it to another weekend with football! We might even be seeing more conferences playing games in the near future! If you’re new to this article, the goal is to bring you the top dynasty prospects to watch in nationally televised college football games. It’s never too early to take a look forward. Who are going to be the sleepers of upcoming rookie drafts? Check back here every week for my ‘Weekly Watch’ series before you head into the weekend. Use this article each week as a place to refer back to as you get ready to watch each game.

Feel free to reach out on Twitter (@tristancook_) if you have players you think deserve to be mentioned in next week’s article. This year will be a little different than last because of all the unknowns we face. I will still be trying to highlight the players to watch, but with fewer games, we will likely be digging a little bit deeper. Hopefully this will give you a few names to monitor throughout the year.

The players I’ll be watching most closely in this game are all on the Oklahoma State side of the ball. The first of those players is QB Spencer Sanders. He has at least one more year before he will be eligible for the NFL Draft, but he’s been exciting to watch so far. Sanders still has quite a bit of development needed, but he’s a name to monitor for the next couple of years.

One of Sanders’ main targets is likely going to be Tylan Wallace. This will be Wallace’s first game back from an ACL tear near the end of the 2019 season. If not for the injury, Wallace was projected to be one of the top WRs in the draft. This will be a good test for him to prove that he is fully healthy and ready to produce. I have him as my favorite to win the Biletnikoff Award, so I am expecting big things.

The final player I’ll be watching for this game is Chuba Hubbard. He also happens to be my favorite player in this game and one of my favorite players in the 2021 class. Hubbard surprised many people, myself included when he decided to return for the 2020 CFB season. He’s one of the most explosive backs in all of the country and will be near the beginning of many rookie drafts come next year.

The Cougars have a pair of WRs that I’ll be watching. First, we have WR Marquez Stevenson, who was Houston’s best receiver in 2019. He led the team in receptions, yards, and TDs. Stevenson needs to work on his route running as he currently doesn’t take full advantage of his speed and quickness to get open. He has an opportunity to improve his draft stock. It’ll be interesting to see if he’s able to do it.

The other name to remember is Jeremy Singleton. He trailed only Stevenson in receiving stats in 2019 for the Cougars. He isn’t quite the speedster that Stevenson is, but he has big-play potential. Singleton probably projects as a longshot to make an impact in the NFL, but he’s worth paying attention to.

On the Baylor side of the ball, the player I’ll be watching is WR Tyquan Thornton. The Bears have produced some high draft picks in the NFL recently. At 6’3, Thornton is a huge target, and the Bears are one of the most pass-heavy offenses in CFB. He was placed on the Biletnikoff Award preseason watch list for 2020, so I’ll be keeping an eye on him.

The name to remember for USF is freshman WR Sincere Brown. He is a massive target at 6’5, but at 175 lbs, he still needs to fill out in a major way. Since he is only a freshman, he has plenty of time to grow into that frame, but he could develop into something useful. I will be watching how he does against much better competition than last week.

Ian Book started his season off with a victory over Duke but didn’t exactly dazzle. He completed just over 61% of his passes for 263 yards with a TD and INT. If Book is going to improve his draft stock to any significant level, he will need to cut down on the mistakes and improve his accuracy.

The biggest thing we learned from Notre Dame’s game last week is that it appears Kyren Williams is the real deal. He tore through the Blue Devils defense for 112 yards and 2 TDs. We will have to wait until at least 2022 before we will see Williams name potentially in the NFL, but there is a lot to like about #23 for The Fighting Irish.

For the Knights, I will be watching their leading rusher from 2019, Otis Anderson. He was a versatile weapon for UCF. Not only did he lead the team in rushing, but he hauled in 31 passes for another 3 TDs. He is quick and could potentially create mismatches at the NFL level. He’s likely a late-round draft pick. But he’s fun to watch.

The main man to watch for the Yellow Jackets is freshman RB Jahmyr Gibbs. Last week, I talked about him, but unfortunately, he didn’t have any rushes in last week’s matchup against the Seminoles. Hopefully, we will see him out there contributing against UCF, but there’s still a long time before he will be draft-eligible.

The first player for Miami to be watching is the University of Houston transfer, D’Eriq King. He showed that he is a dual-threat QB, rushing 12 times for 83 yards and a TD. It’s tough to say if his game will project to the NFL, but he’s a name to watch.

Someone that projects very well to the NFL is the Hurricanes top receiving option, TE Brevin Jordan. Jordan is the leading returning pass-catcher from 2019 and led the team in receptions and targets in their win over UAB last week. Jordan is a big target that projects to be one of the first TEs taken in 2021.

The final player to watch when Miami has the ball is RB Cam’Ron Harris. He had a field day against UAB, rushing for 134 yards and 2 TDs on only 17 carries. His performance certainly helped get him noticed in NFL Draft circles, but he has a long way to go to be considered as a top-level talent. He will likely want to come back for his senior season next year, but he’s a talented player.

The first name to watch for Louisville is senior WR Dez Fitzpatrick. He is a big target, who considered declaring early for the NFL Draft following last season. For someone who is 6’2, Fitzpatrick runs very well. If he has a strong 2020 season, he could vault himself up draft boards. I am a fan of Fitzpatrick’s game, so I’ll be watching closely.

The next player to watch for the Cardinals is WR Tutu Atwell. He is about as different from Fitzpatrick as possible. He’s only 5.9 and weighs a meager 165 lbs. Atwell’s game is speed and quickness. He profiles as an open-space player at the NFL level. Several years ago, there wouldn’t be a place for a player like Atwell in the NFL, but as the league morphs, his chances of succeeding increase.

Finally, the last player to watch is sophomore WR Braden Smith. He isn’t eligible until 2022 at the earliest, so we still have to play the waiting game with him. But, he looked good against the Western Kentucky Hilltoppers last week. He tallied four catches for 110 yards. Remember his name for down the road.

That’s it for this week’s games. I will be previewing a handful of players each week going forward. As I previously mentioned, if there is anyone you’d like me to take a look at, or want to share your thoughts on anything dynasty related, hit me up on Twitter ( @tristancook_ ). Also, check out tape on some of these guys in the Dynasty Nerds Film Room. It’s an amazing tool that I plan to take full advantage of.