@tristancook_ puts the spotlight on some of college footballs week 5 devy darlings. 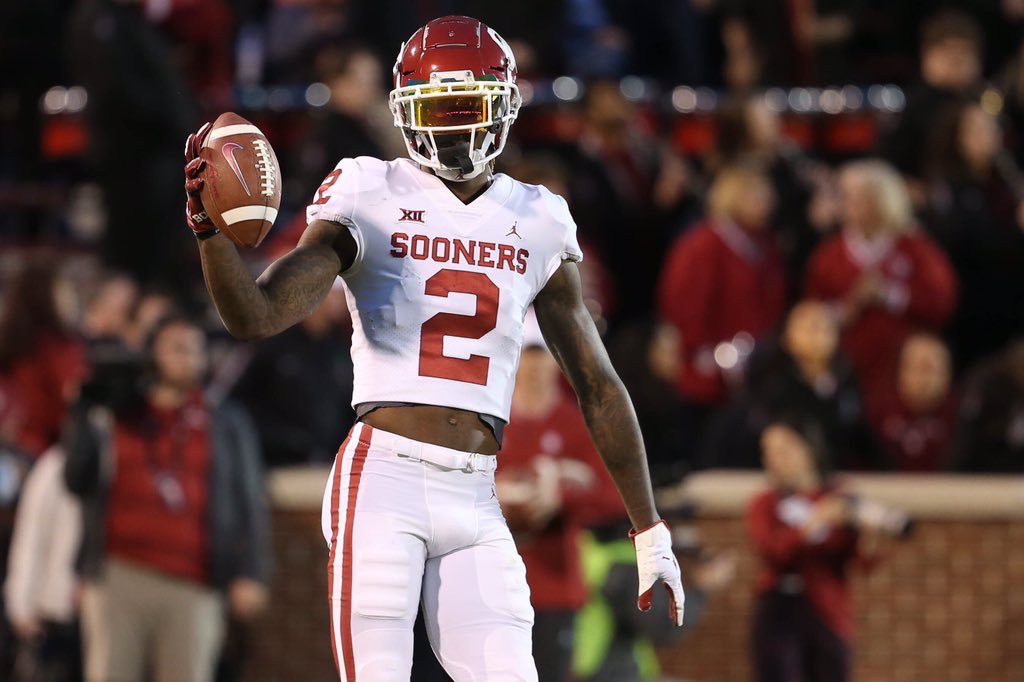 After a brief hiatus, we are onto Week 5! I am taking over this article for Jared, who has done an amazing job with it so far. His vision for this weekly article was bringing you the top dynasty prospects to watch in nationally televised college football games. It’s never too early to take a look forward. Who is going to be the sleepers of upcoming rookie drafts? Check back here every week for my ‘Who to Watch’ series before you head into the weekend. Use this article each week as a place to refer back to as you get ready to watch each game.

Lamb is on the shortlist for the best WR in the 2020 class. He is one of the most fluid receivers in the country, with consistent hands and a special ability to catch the ball away from his body. He may lack an elite trait that some of the other WRs in this class have, but doesn’t have any holes in his game either. He only had 1 catch in Oklahoma’s previous game, although fortunately for him, it went for 29 yards and a touchdown. I expect to see more production this week, against Tech. Lamb is firmly in my top-tier at WR right now.

Trey Sermon, like Lamb, had an underwhelming performance against UCLA. His 7/51/0 rushing line was certainly nothing to write home about, but much of that can be contributed to the fact that Oklahoma put this game away early. As far as Sermon as a prospect, he certainly is not on the top shelf with some of the big names in the 2020 class. What Sermon does have is good short-area elusiveness, especially for his size. He’s able to keep defenders off balance and gain extra yardage. I think Sermon could be a value in mid-late rounds of upcoming rookie drafts, with the possibility of moving up.

The next Oklahoma RB is Kennedy Brooks. There have been some off the field concerns with Brooks, and therefore there is an elevated risk associated with him. However, for the purpose of this article, I will only be looking at the on-field prospect. Brooks was a 4-star recruit coming into Oklahoma and has since shown a considerable amount of potential. As a runner, he shows patience to the hole, before a burst of speed and power through it. He also had a rather mundane performance against UCLA, but is on my radar for the 1st round in 2021, when he is first eligible.

It is difficult to project TEs in the NFL for several reasons. Chief amongst them is the added length of time it takes to develop at the NFL level and the wide range of roles that TEs play in the modern-day NFL. However, Calcaterra is an interesting prospect, because he projects more as more of a receiving TE. He is in the Mark Andrews role for Oklahoma and could put up nice numbers in a high-powered offense. I expect him to rise up draft boards.

Pooka Williams Jr. is a treat to watch. He is an undersized RB, and therefore could have limited potential at the NFL level, but as we have seen on multiple occasions, it is not impossible to succeed. He consistently looks like the best player on the revitalized KU team and could be an open-field nightmare if put into the right offense in the NFL. Williams has the ability to take any play to the house, so be on the lookout for big plays from him this week.

Another name that has been on some analysts’ lists as one of the best WRs in the country is Jalen Reagor. While Reagor may not have the prototypical size of a WR, he has unbelievable speed that in nearly unrivaled at any level. I am excited to see if Reagor can take the top off this Kansas defense and potentially put up huge numbers. He’ll be a guy that will likely be a late 1st round pick in most leagues, and could prove to be a value there.

One more player to keep an eye on in this game is Darius Anderson. He projects as a later-round flier in your rookie drafts, but he has some upside. He has enough quickness to make some defenders miss and enough balance to stay on his feet for those he can’t shake. He likely will not be highly touted going into the NFL, but he could carve out a nice role for himself in the right situation. His name is one to keep on your radar.

One of my favorite WRs in the 2020 class is Tyler Johnson, who decided to return for his senior season with the Golden Gophers. His best attributes are his route running, specifically his ability to get off the line; his yards after the catch; and his contested catches. As somewhat of an unheralded recruit, Johnson has risen up the 2020 WR rankings. I think he will likely end up being taken in the middle of the 2nd round of most rookie drafts. However, I will look to grab him slightly early, because I think he has 1st round talent. His biggest area for improvement is concentration drops. If he ends up running a good 40 time, he could be a post-combine darling.

Rashod Bateman could end up being a better NFL prospect than the aforementioned Johnson. Bateman came in as a 4-star recruit and as a freshman, set multiple records for Minnesota in 2018. He has backed up his freshman performance and is off to a hot start in 2019. Bateman is flying somewhat under the radar, but he has the potential to be one of the top receivers in the 2021 class. 2021 is a long way away, and much can change, but I am excited about what I have seen so far.

A player that is not flying under the 2021 radar is Rondale Moore. The only knock on Moore is his size, but he has shown time and time again that he is able to win against larger defenders. He is a nightmare to take down in the open field and is consistently creating separation through crisp route running and quick releases and consequently leaving defenders in his wake. Moore is at the top of most experts’ 2021 WR board and it is easy to see why. The 2020 class is very highly touted, but 2021 has some great prospects as well.

One more name to keep an eye on is Brycen Hopkins. As I mentioned earlier, TE is a very difficult position to project into the NFL. Hopkins certainly has the size to create mismatches, and if he has a good year in 2019, could be a name worth monitoring come draft day.

Much of the attention in this game, and rightfully so, will be focused on the Crimson Tide’s trio of WRs that could all be potential early-round NFL draft picks. However, when Ole Miss has the ball, which likely won’t be a ton of the time, keep an eye on the undersized Elijah Moore. He’s only a sophomore, so there is plenty of time to get familiar with him, but he was a 4-star recruit, and we know Ole Miss can produce early NFL draft picks at WR.

A player you are likely very familiar with is Tua Tagovailoa. He has been seen by many as the top signal-caller in college for 2020. Some of the shine has come off of his name after his disappointing National Championship performance, but he is still one of the best college QBs, and he currently is my QB1 for 2020. He has an embarrassment of riches at the offensive skill positions, but Tua has a lot of talent regardless.

The somewhat forgotten name outside of Tuscaloosa is Najee Harris. He was the 2nd overall ranked recruit and joined a crowded backfield that has kept his production numbers down. Harris is another big Alabama RB, and because of that some have written him off as not being an elite prospect. He certainly has some limited upside, but I think there is a place for Harris in the NFL.

Jerry Jeudy is really good. He’s able to do just about everything, and do it very well. He’s likely to be the name at the top of just about every 2020 WR list. There’s a lot that could be said about him, but there isn’t much need at this point. He’s really good; you will see him make highlight-reel plays most weeks, and he will go early in the 2020 NFL Draft and your rookie draft.

The next Bama WR to watch is Henry Ruggs III. While Jeudy gets tons of well-deserved praise, Ruggs might actually be the more electrifying player to watch. He has been clocked multiple times at over 23MPH and there are reports of him hitting over 24. He’s got the insane speed and has the ball skills to potentially a 1st round NFL pick. He’s got an incredibly high ceiling. I am keeping a close eye on how he develops this season.

Another name to remember is DeVonta Smith. He is probably the least hyped Alabama WR right now, but that could end paying dividend come rookie drafts. Unfortunately for him, he’s surrounded by ridiculous talent at every position and especially WR. However, he has talent of his own. He could end up being a steal late in rookie drafts.

That’s it for this week’s games. I will be previewing a handful of players each week going forward. As I previously mentioned, if there is anyone you’d like me to take a look at, or want to share your thoughts on anything dynasty related, hit me up on Twitter (@tristancook_).

Out of the Pan and Into the Freiermuth: Penn State TE Pat Freiermuth
A Rolling Stone Gathers No Moss: Utah RB Zack Moss