@tristancook_ let’s us know who we should have our eyes on in week 6 of the the college season? 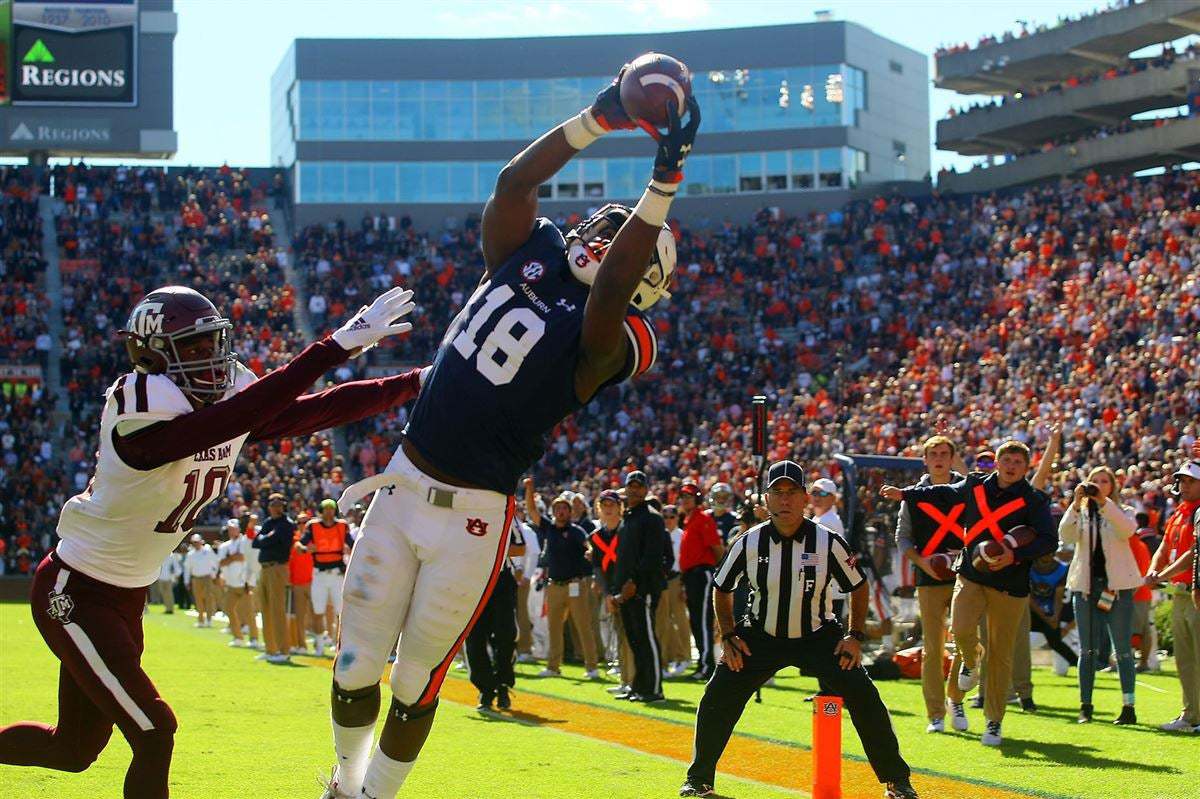 Well, folks, we are on to Week 6! As I mentioned last week, I am taking over this article for Jared, who did an outstanding job with it. His vision for this weekly article was to bring you the top dynasty prospects to watch in nationally televised college football games.

We know it’s never too early to take a look forward. Who are going to be the sleepers of upcoming rookie drafts? Check back here every week for my ‘Who to Watch’ series before you head into the weekend. Use this article each week as a place to refer back to as you get ready to watch each game.

How this article works: I’ll give you the network, time, and teams playing in nationally televised games. Below that, I’ll list the respective schools’ prospects that are, in my opinion, worth mentioning, their position, the year they are eligible to enter the NFL Draft, and their listed heights and weights.

Joe Burrow has been one of the hottest names in all of college football so far this season. The former Ohio State Buckeye has begun 2019 on fire. If he’s able to continue this trajectory, he could be a player that rises up draft boards. He’s got the size and tools to project as a potential early-round draft pick. I am excited to watch Burrow shred this Utah State defense.

One of the biggest reasons for Burrow’s success is his weapons. One of his biggest weapons is Justin Jefferson. Jefferson is a dynamic receiver that excels at high-pointing the ball and making some spectacular plays. He is not quite at the elite level of some of the 2020 WRs, but he has a chance to be another WR to come from LSU and be an impact player at the NFL level.

Speaking of LSU receivers that could make an impact at the NFL level, Ja’Marr Chase also fits the bill. He’s not eligible until 2021, but the former 4-star recruit has an extremely high ceiling. Chase tracks and adjusts to the ball in the air extremely well, and is likely to make a few spectacular plays this week. Keep your eyes on him any time the Tigers have the ball.

Another 2021 WR for the Tigers is Terrace Marshall Jr. Unfortunately for us, Marshall broke his foot against Vanderbilt, which means he will not be playing in this game. However, he’s still a name to keep on your radar. Marshall is a former 5-star recruit, and at 6’4, has elite size. He should be back at some point this season, but don’t forget his name.

When Utah State has the ball, my focus will be on Jordan Love, the Aggies QB, who may end being one of the first few QBs drafted come Spring. He’s got all the physical traits that NFL GM’s desire and will likely become a more well-known name once draft season is upon us. This game should be very much one-sided, so there will likely be plenty of opportunities to see Love throw the ball.

The first player I will be monitoring is Eli Stove. He’s a bit of an “open space” player, so there is some limit to projecting him at the next level. But, he’s fun to watch with the ball in his hands, and the NFL is seemingly more willing to scheme these types of players into their offenses. He has the speed to burn and is capable of breaking a long play at any time.

Unlike Stove, Williams has shown a bit more prowess as a “traditional” big-bodied WR. He is fun to watch after the catch and has the ability to up against defenders to make contested catches. As a sophomore, he will not be eligible until 2021, but facing off against the Florida secondary will be fun to watch.

The final player for Auburn is JaTarvious Whitlow. He has shown a good size/speed combo, along with enough power to finish runs. He has had some nagging injuries throughout the start of his career, but he also has nice potential if he continues to develop.

For Florida, most of my focus will be on two of their WRs. The first, Van Jefferson, is a former Ole Miss 4-star recruit that transferred to Florida and is currently leading the team in both receptions and receiving yards. He may not have as high of a ceiling as many of the 2020 prospects, but he’s worth monitoring.

The next WR for Florida I’ll be watching is Trevon Grimes, who is another transfer, this time a 5-star Ohio State recruit. Grimes is the second leading receiver for Florida so far this year, and at 6’5 creates a distinct advantage over anyone trying to guard him. If Grimes can continue to develop as a red-zone threat, he could be a late riser on draft boards.

Unfortunately for Florida, and us, Franks dislocated his ankle and is out for the remainder of 2019. The scouting reports on him have been a bit all over the place, but with one year of eligibility remaining, expect him back in 2020, and expect to hear his name discussed as a potential NFL QB.

I expect this game to get a bit out of hand, Tennessee is in the midst of a rebuild and in doing so is having a disappointing year. I expect Fromm to be able to throw the ball with little opposition against the Vols. I’m not sure how much he will NEED to throw the ball, but when he does, he should show us why he’s mocked as a 1st round draft pick.

Last week I wrote about one of the potential 1.01 picks for 2019 in Jerry Jeudy, this week I will write about another in D’Andre Swift. Swift is slightly undersized for the “prototypical” RB, but aside from that, there are very few knocks against him. Swift should be very fun to watch in this matchup, so keep your eyes on #7, because he’s a special talent.

Another name to keep on your radar is Zamir White. He is yet another 5-star RB to go to Georgia and suffer a knee injury. He’s on the road to a full recovery, and is seeing some limited action this year for Georgia. He was #1 RB recruit coming into college before his devastating knee injury kept him off the field in 2018. I’m not sure how much time he will see against Tennessee, but he’s got all the talent in the world and could be a top pick in 2021 rookie drafts.

As I mentioned, Tennessee is in rebuild mode. This game will likely be a blowout, but that doesn’t mean there aren’t players worth watching for the Volunteers. The first player I’ll be monitoring is Ty Chandler. He is the Vols leading rusher with a respectable 5.4 yards per carry in 2019. He’s not the most gifted player in the world, but as a former 4-star recruit, he’s got talent worth monitoring.

The other player I will be watching is Jauan Jennings. He’s a former 4-star QB recruit that transitioned to receiver for Tennessee. He’s been the only consistent threat in the passing game to date. His 19 receptions and 298 yards receiving are nearly double that of the next closest WR. Expect to see him used in the red zone, as he also leads their team in touchdowns.

If you enjoy watching PAC-12 after dark, this game could be exciting. The first player to watch for the Huskies is the former Georgia Bulldog, Jacob Eason. After transferring back to his home state, Eason has led the Huskies to a strong start to 2019. Eason has ‘prototypical’ QB size and is consequently going to get NFL hype. He’s got a big arm, but the development of other traits will determine if the hype is warranted.

One of Eason’s best weapons is Aaron Fuller. He’s a slightly undersized, but dynamic playmaker for Washington, who is currently leading the team in receptions and touchdowns. He’s very fun to watch with the ball in his hands and can be difficult to tackle in the open. Look for him to break the game open with his big-play ability.

The final Husky I will be watching is Hunter Bryant. He is leading Washington in receiving yards so far this year and has proven to be a nightmare for opposing coaches to try to cover. His combination of size and speed, as well as his ability after the catch, has him as one of the top receiving TE prospects in the 2020 draft. I’m excited to watch him play.

For Stanford, the first player I will be watching is WR Osiris St. Brown. He is the slightly less known brother of Packers WR Equanimeous and USC WR Amon-Ra, who is starting to make a bit of a name for himself. As a junior, he is eligible to declare after the 2019 season, but I expect him to return for his senior year to continue to develop. He’s worth mentioning because he’s got the pedigree but still needs to develop.

We have another potential early-round TE in this game, named Colby Parkinson. He is a behemoth of a man at 6’7”, and could be the next in line of Stanford TEs to turn into fantasy assets. He’ll be interesting to watch throughout the year, but I expect him to develop nicely.

As of writing this, KJ Costello is listed as doubtful for the game. He’s worth mentioning because there was some significant draft buzz before his injury. If he does miss this game, he’ll likely be back before too long and should be a guy on your radar.

That wraps it up for this week. I will be previewing a handful of players each week going forward. As I previously mentioned, if there is anyone you’d like me to take a look at, or want to share your thoughts on anything dynasty related, hit me up on Twitter (@tristancook_).