What Happened to Zay Jones?

After flashing potential in his Sophomore season, a series of events now has Zay Jones on the outside looking in, in Buffalo. @dynastyJon explores what happened to the previously beloved prospect and where things could go from here! 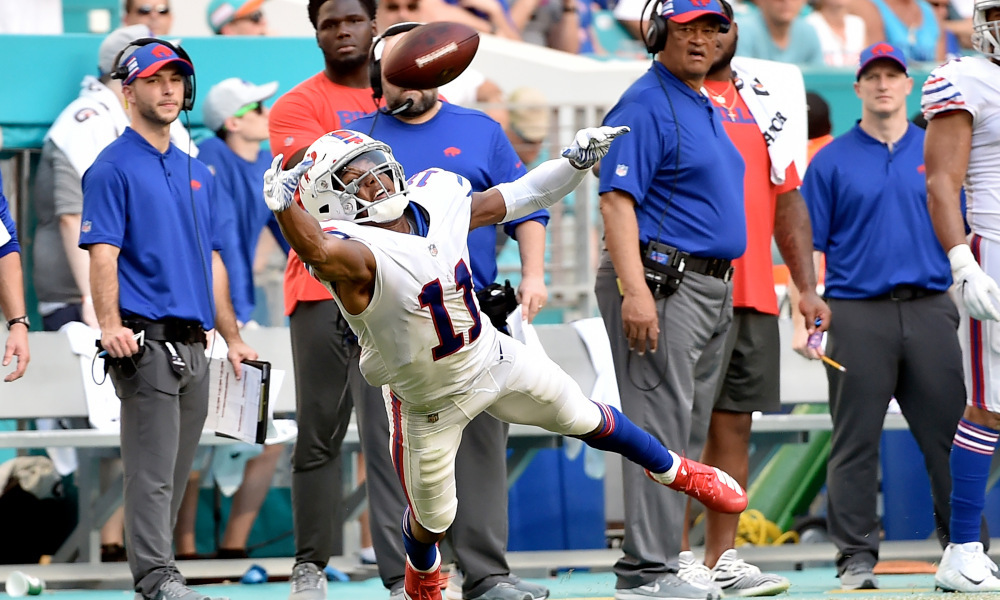 So, what on earth happened to Zay Jones?? There are always players that bust in every draft class, but for some reason, I can’t quite put my finger on where it all went wrong for Zay. I’m still holding out hope that he doesn’t receive that designation.

Jones was a late riser in rookie drafts in 2017 and eventually ended up as a late first-round rookie pick. His career at East Carolina was record-setting and Jones put up numbers that had never been seen before. The 6’2” 201-pound wideout is the all-time NCAA Division I career receptions leader with 399 as well as the all-time NCAA Division I single-season receptions leader with 158. He finished top 3 in Biletnikoff voting and was a First-team All-American in 2016. His college stats can be seen below:

He was a well rounded WR who displayed great hands. After a strong combine and strong Senior Bowl, the Bills selected Jones high in the second round, which elevated his dynasty draft stock.

Since then, he hasn’t quite been able to put it all together in the NFL. In his rookie season, he was unable to get into any sort of rhythm due to shockingly bad QB play from Tyrod Taylor. Tyrod would frequently sail the ball miles over his head, on wide-open catches, all season long. Jones also struggled with injuries. Jones had a shoulder injury which caused him pain any time he tried lifting his arms above his head. This ultimately led to off-season surgery following his rookie season. All that being said, Zay finished that season with 27 receptions, 316 yards, and 2 TDs (despite 74 targets).

There was hope of a 2nd-year leap with Josh Allen under center, and Zay didn’t necessarily disappoint. Jones led the team in targets, receptions, and yards, as he emerged as Josh Allen’s favorite target. He finished the year with 56 receptions for 652 yards and 7 TDs. However, he once again struggled with wild inefficiency as he was targeted 102 times. The off-season then led to the Bills adding the likes of John Brown and Cole Beasley to their WR corps. This had the Dynasty community questioning whether those targets that Zay had will start being spread elsewhere. Furthermore, there were some abnormal off-season occurrences. Zay was arrested for felony vandalism, after getting naked and causing trouble in an LA hotel. Certainly not helping his career advancement.

In his third season when most WRs are expected to break out, Zay has got off to a slow start with the increased competition for targets. It would appear that he’s now the 3rd WR on the depth chart, as John Brown and Cole Beasley have 23 targets each through 3 weeks, while Zay only has 10. Additionally, he now has yet another shoulder injury to battle through.

At this point, I’m starting to feel pretty pessimistic with his chances to match last year’s totals. I could see this situation going one of two ways and I honestly don’t have the foggiest clue as to which is correct.
He’s either just had bad luck and been the victim of unfortunate circumstances (bad QB play, bad throws from the likes of Tyrod, shoulder injuries limiting catch radius, etc) and could, therefore, become a Robert Woods type player once he moves elsewhere to a competent passing offense. Or, he really is just a bust who’s destined to be a WR3 at best in this league and doesn’t quite have the heights to his game to reach the potential we thought he had.

I haven’t given up hope on Zay, as we’ve seen late breakouts from the likes of Tyler Boyd and Robert Woods himself. However, I wouldn’t be surprised to see him just fade into ambiguity if he continues on his current trajectory. He needs some sort of spark or uptick to raise the hopes of his dynasty owners. We’ll see how this plays out but it’s certainly been a peculiar beginning to an NFL career.

A Tiger Can’t Change His Stripes
Undrafted: The Journey to Fantasy Relevance