What to Expect from Running Backs with New Homes

What does history suggest we should expect from lead RBs on new teams? cc: Todd Gurley and Melvin Gordon owners 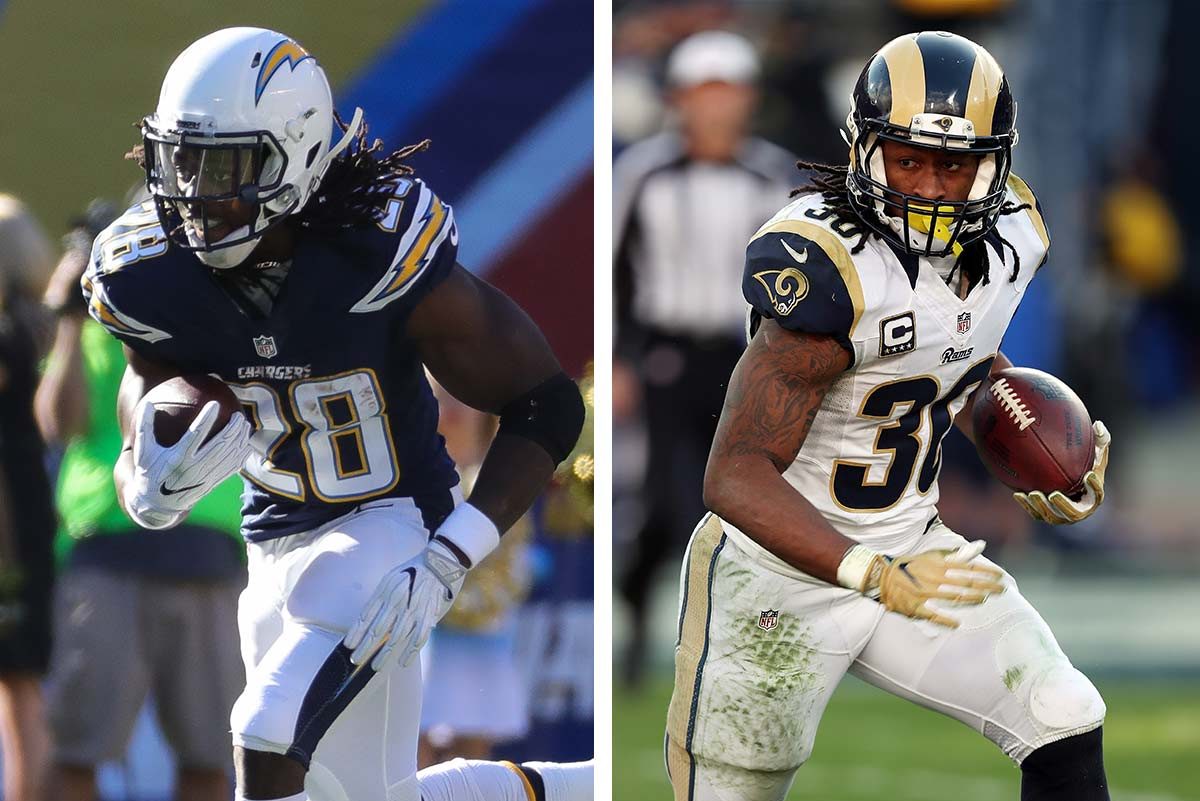 I’m looking at you, Todd Gurley and Melvin Gordon owners. As if dealing with the stress of Gordon’s hold out and Gurley’s knee issues weren’t enough. You find yourself having to worry about what it means to have the two-year removed centerpiece of your fantasy team packing his bags and starting anew.

I’m here to dig into the history books and provide an indication of what to expect outside the talk-host chatter and speculation you can read anywhere else. Anyone can speculate on presumption, but my specialty is letting the data speculate for me. It’s not always right, but I trust it more than I trust me. If you’re a worried Gurley or Gordon owner, it’s good to get the opinion from a completely unemotional source: data.

Gurley will be 26 in 2020 and Gordon 27, nearing the window for being at risk of age deterioration. Of course, Gurley’s chronic knee issue adds an element of worry. Still, it’s rare for running backs with their pedigree to see not one, but two cast off from their team at such young ages. But welcome to the modern NFL, and the devaluation of the running back position. Top-performing running backs might be finding new homes more frequently in the years to come.

So let’s see what history has to say about starting running backs after being cast away in their prime years (24 – 29). I looked back, all the way to 1990 to find a list of qualifying comparable running backs that spent the first four or five years as a successful running back (scoring at least one 100 point fantasy season) on a singular team before playing elsewhere. Listed below are those that met these qualifications since 1990. Their PPR average for all years combined at each of their first and second teams. For each player, the first row groups all years with the initial team, the second row includes all years with his next team:

note: Those with “2TM” designations played for multiple teams in the same year

The average PPR per year for this group of backs on their inaugural team was 141, and after changing teams, this fell to 91. This amount to 50 points per year difference (three points per game). While this list provides a decent amount of data points to expect a sizable loss in seasonal point production, most of the names still don’t seem to match the ilk of Gurley and Gordon. The names on this list contain players of varying fantasy success who passed the threshold required for inclusion. It might not be entirely fair to lump backs like Gurley and Gordon into this bin. It also speaks to the rarity of players with this level of production being on the move during their prime years.

The correlation of the group’s production on their first team vs. their second was moderately strong (r = .51). This further suggests that the better backs in this group were likely to perform better on their second team than the group’s lower-productive backs.

The Cream of the Crop

Given this, let’s explore this idea in one other way. Giving Gurley and Gordon the prestige they deserve, I compared them to select running back greats of the past (since 1990) who also switched teams (at any age) and compared PPR averages in the same way:

What Does it All Mean?

As for the actual production from the first team to second, the same 50-point average drop in PPR occurs with this grouping as well as the initial younger grouping (203 vs. 153). But as you can see, the variation from running back to running back is quite chaotic. Take Arian Foster and Priest Holmes, for example. The former burst into flames while the latter rose from the ashes.

So what to make of all this for Gurley/Gordon owners? The average age of the all-star running backs listed above is 26.5 years old; ironically, the same average age for Gurley and Gordon combined. Given similar aptitude and age, I think this is the correct group to lump these two in. Although Gurley comes into 2020 with a career seasonal average of 232.8 PPR PPG vs. Gordon’s 176, the difference is irrelevant given that we know there is only a .003 correlation between first and second-team fantasy production for this group. This sensible metric to turn to in this case is simple average seasonal PPR points for the all-star running backs on their second team:

Listen, you didn’t come here expecting me to tell you that one of these would win you a league like he may have in recent memory. Given the wild variance in second-team production demonstrated by the all-star running back grouping, it wouldn’t surprise me if one scores 225 and the other 75 to uphold both the 153 average and the wild variation. They are indeed wild cards. But even wild cards need a value. The way I see it, history puts that value at 153 PPR points per year with their new laundry.