What We Learned: Week 4 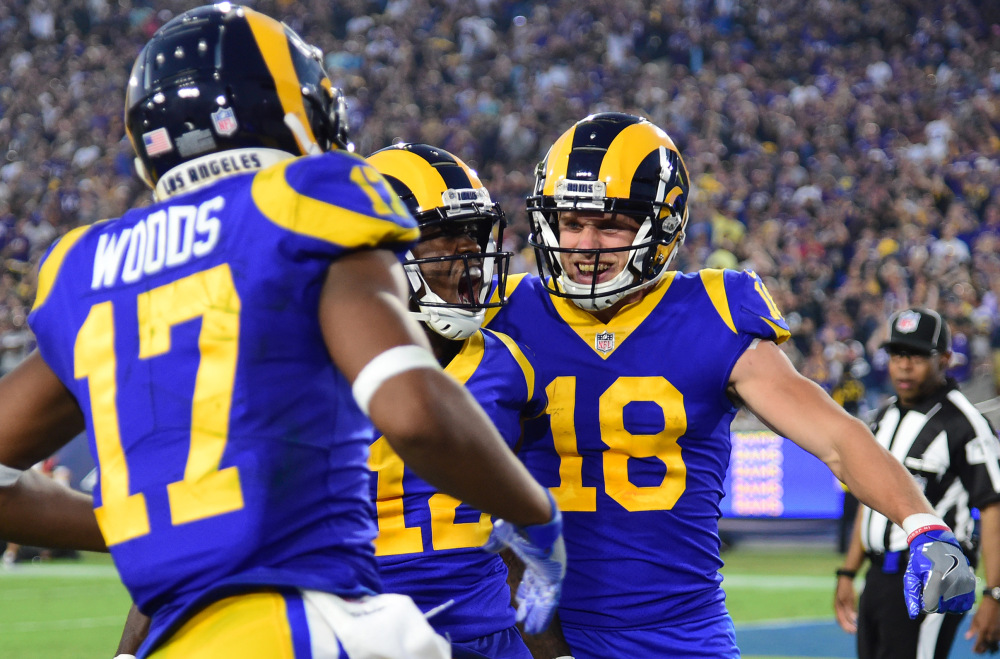 Greeting fellow dynasty nerds! As we all are preparing to set lineups and start the second quarter of the NFL season we have to look back at the week that was. An exciting weekend of football has passed with three games going late into overtime which as dynasty owners nobody ever complains about the chance to get more fantasy points. As always there are five key takeaways and talking points I’ll cover this week. Hope you all enjoy and good luck to everyone in week five.

It’s interesting how a year ago this talking point could be an article on its own for you guys while so far in 2018 the passing numbers are so high it’s almost as if we have forgotten about the impact of RBs. We start at the top currently five RBs average over 20 fantasy points per game ( Kamara, Gurley, Barkley, Gordon, and Zeke). Through the first quarter of the season zero Rb truthers have to be satisfied with four RBs in the top 12 classified as backup or complimentary RBs ( Conner, James White, Yeldon, and Ekeler). The Chargers in one of the most surprising stats through four weeks have two RBs in the top 12 overall. Austin Ekeler sits as the RB12 on only forty-one total touches while Gordon who ranks as the RB5 with only two fewer targets than Keenan Allen. Gordon is averaging over eight targets per game compared to the five he averaged in 2017. While injuries and ineffective run offenses have affected this next stat is still shocking to me. Derrick Henry, LeSean McCoy, Peyton Barber, Devonta Freeman, and Leonard Fournette all rank outside the top 50 RBs. Now while every backup or RB that is splitting carries with these players is ranked in the top 50 this likely changes when they are healthy. Henry, McCoy, and Barber are the outliers they should do more with the opportunities they have been given. An even crazier stat is Aaron Jones who just played his first game of the season in week four now has more FP than Henry, McCoy, and Barber.  Major concerns with these RBs going forward there’s an excuse to be made for McCoy and Henry playing in bad offenses although not a free pass there’s some hope left. Peyton Barber is just bad at football there’s no debating that he has fifty carries in the first four weeks and two total receptions while averaging three yards per carry with zero touchdowns. This might say more about Ronald Jones being terrible than Barber being awful or maybe just a stubborn offensive coaching staff in Tampa Bay. Ronald Jones should see more playing time going forward with Jameis Winston taking back control of the offense in week six after the bye. Alright, some exciting news, while he is only the RB5 Zeke Elliott, is the only player in the NFL with more than 50% of his team’s total touches. If this continues I see no way that Zeke doesn’t find a way to finish as the overall RB1 at worst top three by the end of the season. Although we often complain about the usage of Patriots RBs the 2018 season seems to be the clearest picture we’ve had as dynasty owners in years of this offense. Now obviously the injuries to Jeremy Hill and Rex Burkhead have helped tremendously we assess this situation as it is. Sony Michel had his breakout game in week four with 25 carries 112 yards and a touchdown. Although he seemed to be the feature back which we had hoped he only ran three routes while James White ran twenty-nine routes on forty total snaps. It’s clear Michel will be featured in the run game and goal line while White takes a majority of the pass game work. White remains a hero for the zero RB crowd sitting at RB7 heading into week five. As my readers are aware this could go on for another five hundred words or so but I’m actually going to cover some RBBC backfields so I won’t overload you with RB content. We move on for now.

So, I thought this was relevant because it’s rare that we have two dominant fantasy producers suspended and returning the same week. In week five both Mark Ingram and Julian Edelman return to their teams following a four-game suspension for PED use. We start with Julian Edelman who returns at the perfect time for a struggling New England offense by their standards. Tom Brady currently sits as the QB19 while the best Patriots WR ranks as WR38 and the best TE in the game Rob Gronkowski sits as the TE11. These numbers seem like a nightmare for those who are heavily invested in this New England offense. Through week four in 2017 Gronk was the TE1 while two Patriots WRs were ranked in the top five ( Hogan, Cooks). This Patriots offense ranks 15th in PPG and 22nd in pass yards per game this seems almost instantly to change with the return of one of the games best slot WR Julian Edelman as well as the trade for Josh Gordon. Without looking up the exact numbers I believe Gronk is being doubled on an absurd number of his routes run that changes this week. There’s no forgetting the damage Edelman has done to opposing defenses since the 2013 season. Edelman has grabbed 356 receptions for 3,856 yards and 20 touchdowns in four seasons with Tom Brady. The addition of Edelman and Gordon being healthy instantly increase Brady’s value while it should free up Gronk to rise to the top of the TE ranks where he has finished every year that he stays healthy. Huge boost to the Patriots offense for dynasty owners the buy low window likely closes on all their playmakers after Thursday night against the Colts. Now we shift to the other end of the earth for NFL offensive production the New Orleans Saints. The Saints rank 3rd in the NFL in PPG and rank 4th in yards per game get back RB Mark Ingram. Now while the Saints are still moving the ball and scoring points at will the one area they do struggle in is running the ball. While they only rank 18th this season in rush yards per game that’s a far fall from 5th in 2017. Mark Ingram should change this upon his return in the past two seasons Ingram has carried the ball 435 times for 2,167 yards and 18 touchdowns. Ingram also contributes to the passing game with 104 catches, 735 yards and 4 touchdowns in that time. Alvin Kamara is a cheat code in fantasy football these days and while Ingram is likely to cut into his touches it shouldn’t change much. Kamara has six touchdowns in four games and even with Ingram healthy late last season he dominated the red zone snaps for the Saints. Ingram takes control of the early down runs that Kamara isn’t very effective on and even with Ingram back I don’t see Kamara falling from the RB1 spot for quite some time. It’s likely the Saints passing game takes a step back from the pace they are on and I can easily see Ingram climbing the ranks and finishing as a top 12 RB by seasons end depending on his ability to score touchdowns. Eighteen touchdowns on the ground the last two years has cemented his dynasty value as a must-start in this offense.

When you watch every game on Sunday why not have a take on NFL offenses right? I find these stats all over Twitter and there are too many accounts to credit for them plus I like to put my own spin on them but I do appreciate those who tweet out this information to make it easier for us dynasty and stat nerds. The pace of NFL offenses is on a crazy pace while this is likely to slow down with weather concerns as the winter hits for the outdoor teams it’s still mind-blowing. Twenty-five NFL teams are on pace to run almost 1,000 plays this season, of the thirty-two teams in the NFL only the Dolphins and Cardinals are on pace to not run at least 900 plays. The simple philosophy here more plays equal more chances for fantasy points. This is the part where as a dynasty owner you are smiling from ear to ear. What’s the biggest equalizer in fantasy football? Touchdowns and here’s more good news in 2018 touchdowns are up 18% from 2017, again more touchdowns equals way more fantasy points for our dynasty teams. I’ve touched on the ridiculous pace of NFL QBs this year and that continues here. The top twelve QBs in dynasty right now are all averaging over 20 FP per game at this time last year only four of the top twelve averaged over 20 FPPG and more shockingly none of those four are in the top twelve this season. We currently have seven QBs on pace to throw for 40+ touchdowns since 2012 there hasn’t been more than one QB to do this in any of those seasons. While the league seems heavily favored to the passing game I found some target numbers I’ll leave you with before we keep it moving on here. The league average for teams targeting WRs is roughly 56% there are currently four teams targeting WRs 70% of the time or more (Bucs, Texans, Rams, and Dolphins). NFL league average for targeting RBs is 24% through the first quarter of the season seven teams target RBs over 30% of the time (Cardinals, Chargers, Panthers, Lions, Patriots, Saints and Redskins). No coincidence that of those seven teams six RBs are currently RB1’s in full PPR. Finally, we finish up with TEs the league average is 20% while currently, eight teams target TEs over 25% of throws (Ravens, Bills, Bengals, Eagles, Raiders, Chiefs,49ers, and Redskins). The Eagles lead the NFL with a shocking 41% of targets going to TEs or Zach Ertz. No surprise here Ertz is one of only three players with 10+ targets in every game joining Nuk Hopkins and Adam Thielen.