Whatever Happened to Josh Rosen?

Everyone is excited about grabbing a rookie QB in this year’s drafts but Josh Rosen shows that doesn’t always pay off. 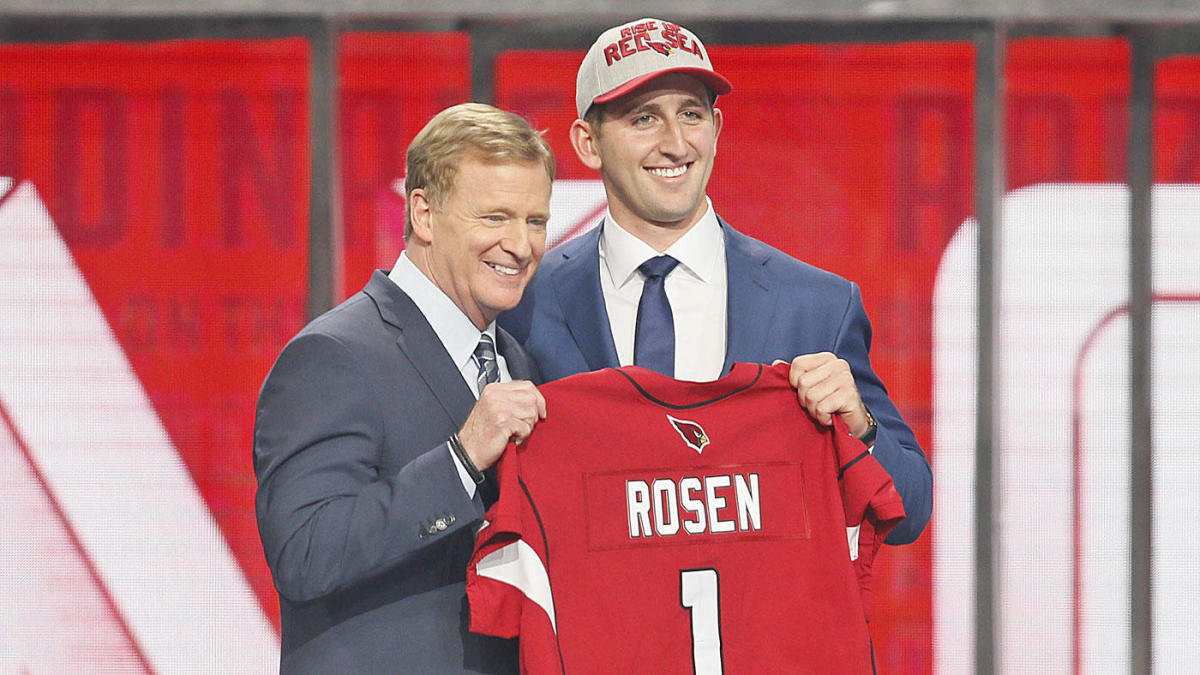 It’s mid-May, the NFL Draft is in the rearview mirror, and the NFL Schedule has been announced. That can only mean one thing—it’s rookie draft season! If you’re like me, you’re in one to 20 drafts or have a few that have wrapped up. With the rise in popularity of Superflex leagues, this year’s quarterback crop has been a hot commodity.

In this year’s draft, five quarterbacks were taken in the first round, all in the first 15 picks. They all have the potential to become the guy for their franchise in the near future. That makes them appealing selections for fantasy players looking to rebuild their teams, beginning with the quarterback position.

Uncovering the QB Class of 2018

Five quarterbacks went in the first round, including four in the first ten picks. Baker Mayfield went to the Cleveland Browns at one overall, with Sam Darnold to the New York Jets at number three, and Josh Allen went to the Buffalo Bills at the seventh pick. Lamar Jackson managed to fall to the Baltimore Ravens at pick 32.

While none of them has yet to win or play in a Super Bowl, three have been to the playoffs. Meanwhile, Darnold gets a chance to take off with his new team in Carolina.

Mayfield had a strong rookie season, throwing for 27 TDs. After an uneven sophomore season, Mayfield looked much better in 2020, controlling his turnovers and leading the Browns to an 11-5 season, a playoff berth, and a Wild Card game victory over the Pittsburgh Steelers. He’s also on one of the most talented teams in the league and appears poised to thrive.

Allen has been a starter for three seasons for the Bills and has been a strong fantasy producer each season. He exploded in 2020, throwing for 4,544 yards and 37 TDs while rushing for 421 yards and eight TDs.

He led the Bills to the AFC Championship Game and has improved his completion percentage each year he’s been in the league, adding 25 rushing TDs in three seasons.

Jackson took some time to see the field as a rookie but exploded to become the NFL MVP in his sophomore season. He threw for 36 TDs in 2019, rushing for 1,206 yards and seven TDs. Jackson added more than 1,000 yards rushing and seven rushing TDs in 2020 and took the Ravens to the playoffs for the second straight season.

He’s a top ten option at quarterback and a threat with his legs as he looks to improve his passing prowess. With the addition of wide receivers Rashod Bateman and Tylan Wallace in this year’s draft, he can do just that.

For those who spent a top rookie pick on those quarterbacks, they’ve seen a decent or even incredible return on investment. Then there’s Josh Rosen, taken at pick No. 10 by the Arizona Cardinals.

Rosen famously commented that the nine teams that passed on him in the 2018 NFL Draft would regret it. It turns out it was the team at number ten that had the regrets. Rosen lasted just one pitiful season with the Cardinals.

He started 13 games for the Cardinals as a rookie, finishing 3-10 in those starts as the team earned the first overall pick in the 2019 NFL Draft. Rosen threw for 2,278 yards and 11 TDs with 14 INTs. He didn’t look great; the entire Cardinals’ team struggled. The Cardinals also had issues on the offensive line, which led to Rosen getting hit—a lot. He got sacked 45 times, adding very little on the ground as he fumbled ten times.

When the Cardinals hired Kliff Kingsbury as their head coach heading into the 2019 season, it seemed clear Rosen wasn’t a great fit for the new offense. Surprising no one, the Cardinals drafted quarterback Kyler Murray with the first overall pick, making Rosen expendable. Rosen was traded to the Miami Dolphins later in the draft.

More Fresh Starts Then You Can Count

Rosen would go on to split the duties that season with fellow signal-caller Ryan Fitzpatrick. He appeared in just six games, starting three, and went 0-3 as a starter. Rosen managed to complete just over 53 percent of his passes, throwing for 567 yards, a single TD, and five interceptions. The Dolphins limped to the finish then drafted their future franchise quarterback—Tua Tagovailoa—in the 2020 NFL Draft. Once again, Rosen became expendable.

While he didn’t appear in the 2020 season, Rosen was the subject of a few team moves. First, the Tampa Bay Buccaneers picked him up to sit on the Practice Squad. It seemed to be a promising development.

Then, mid-season, Rosen was poached by another good offense in the San Francisco 49ers. While he didn’t get on the field, it seemed like he had a chance with a franchise in need of stability at his position.

Now, for the third straight year, Rosen’s team drafted a quarterback high in the first round. This time the 49ers traded a boatload to move up to select Trey Lance. While Rosen’s still on the 49ers roster, he’s on a quarterback group that includes Jimmy Garoppolo and Lance, meaning his prospects to play aren’t excellent.

Quarterbacks Trevor Lawrence, Justin Fields, Zach Wilson, Mac Jones, and Lance are all going in the first or early second round of Superflex drafts. As we sit here near the end of May, the prospects for all of them seem bright. In May of 2018, many said the same of Rosen. Three seasons later, it’s unclear if he’ll even be on an active roster come September.

For as hard as it is for a prospect to make it in the NFL, it’s even harder to make a splash at that level. Each year hope springs eternal in May and June during rookie drafts, and some will deliver. However, hope in May doesn’t always equal success in December for quarterbacks or any other player, for that matter. Sometimes picks take weeks, months, or years to return investment, requiring patience. Sometimes, they wilt on the vine.

Maybe all five of this year’s quarterbacks will be a success. As Rosen shows, that’s far from a lock. Remember that when making your picks and maneuvering in the draft this off-season.

Matthew Fox is a member of the FSWA. You can find more from him on Twitter @knighthawk7734 or as co-host of the Fantasy Football Roundtable Podcast. Also, don’t forget to join the nerdherd and get so much exclusive content!