Where is the ‘Love’ 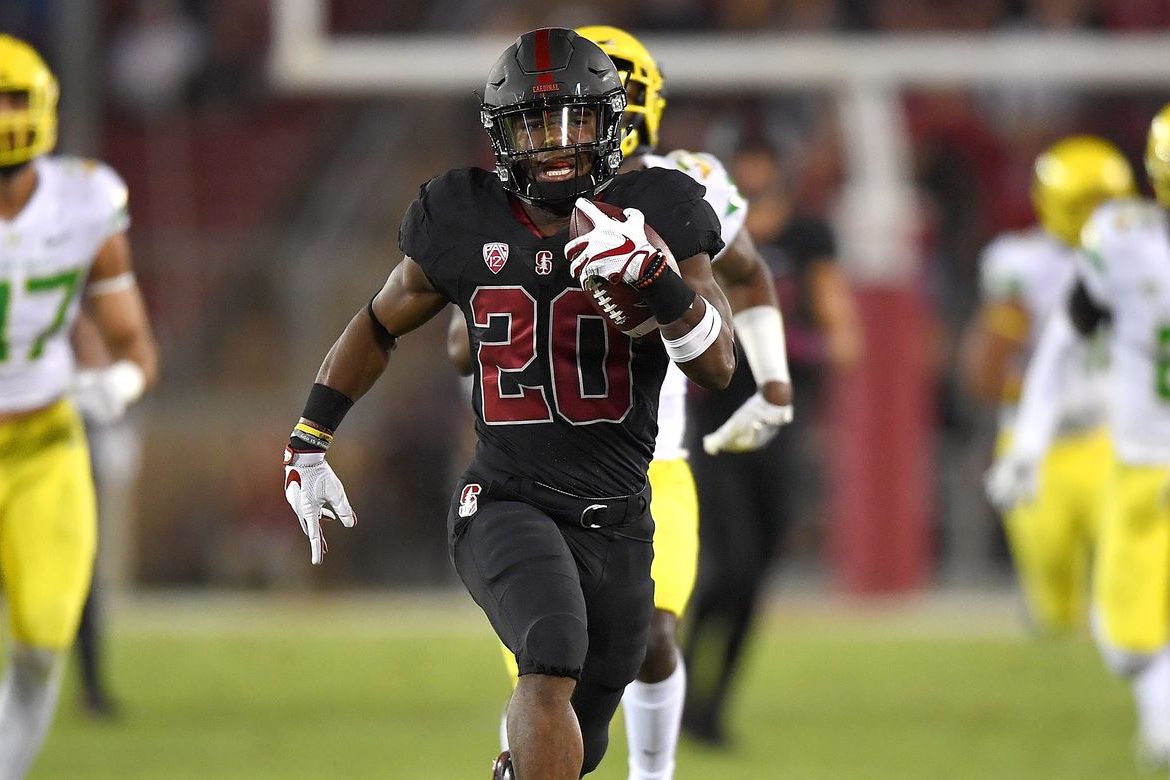 I don’t think anyone really expected it. A year after Christian McCaffrey was selected by the Carolina Panthers in the 1st round, Stanford had an immediate Heisman-caliber player ready to go. Bryce Love stepped into the starting running back role, and thrived!

In his first year as the starter, the electric athlete rushed for 1,973 yards and 17 TDs in just 12 games. This led to him being a Heisman finalist alongside Baker Mayfield and Lamar Jackson. He also won the Doak Walker award, given to the top RB in college football. A full breakdown of his college stats can be seen below:

Although he’s not as prolific in the passing game as McCaffrey, he’s superior in terms of being a pure rusher. His 8.3 YPC in 2017 is absolutely absurd. A large part of what makes him such an exciting prospect is his athletic ability. He is lightning fast!

In high school Love was a track and field Phenom. He was named USA track & field young athlete of the year in 2009. During his teen years he set countless track and field sprinting records for his age group, from 100m up to 400m. This led to him reportedly running a 4.40 40-yard dash during his senior year of high school. Many scouts are expecting him to run a low 4.3’s 40-yard dash at the combine. His explosiveness is clear to see. I fully expect to see his shuttle runs in elite territory as he’s exceptionally agile.

Love also has a great mentor in his corner. Stanford’s RB coach, Ron Gould has seen it all. The former Cal coach has developed numerous NFL RBs, including Marshawn Lynch, Justin Forsett, Shane Vereen, and JJ Arington. Speaking about Love in relation to those guys he said, “He’s just as talented (as those guys). In a lot of ways, he’s more talented. He’s ultra-competitive, like those guys were.”

Due to his size, there are those that have concerns about his ability to be a feature back at the next level. Standing at 5’10”, 196 pounds, some analysts think he could be a bit too small. Bleacher Report’s Matt Miller said, “His size and speed make you think ‘scatback,’ but the lack of reps as a receiver (Love has six receptions this season) make that an unknown right now.” Could he produce like Devonta Freeman at that size? Or more like Ameer Abdullah?

Numerous sources are saying that any thoughts that he may just be a quick scat back are completely wide of the mark. For instance, he has top work ethic. “When you challenge Bryce Love with something, he will go obsess over it and turn that weakness into a strength,” Stanford strength coach Shannon Turley says. “He will not allow it be a liability.” Furthermore, his boss at a stem cell lab Love works at (yes, the guy is incredibly intelligent) said “The best thing you can do for Bryce is put a limit on him.”

The guy takes any criticism, any weakness, any doubts, and strives to prove everyone wrong. He’s meticulous in mastering everything. If you ask me, that’s a recipe for fantasy owners to fall truly, madly, deeply in love…with Love. Walter Football currently ranks Love only behind Saquon Barkley. This has yet to be reflected by the dynasty community who seem to rate him below quite a few RBs. Over time I expect that to change.