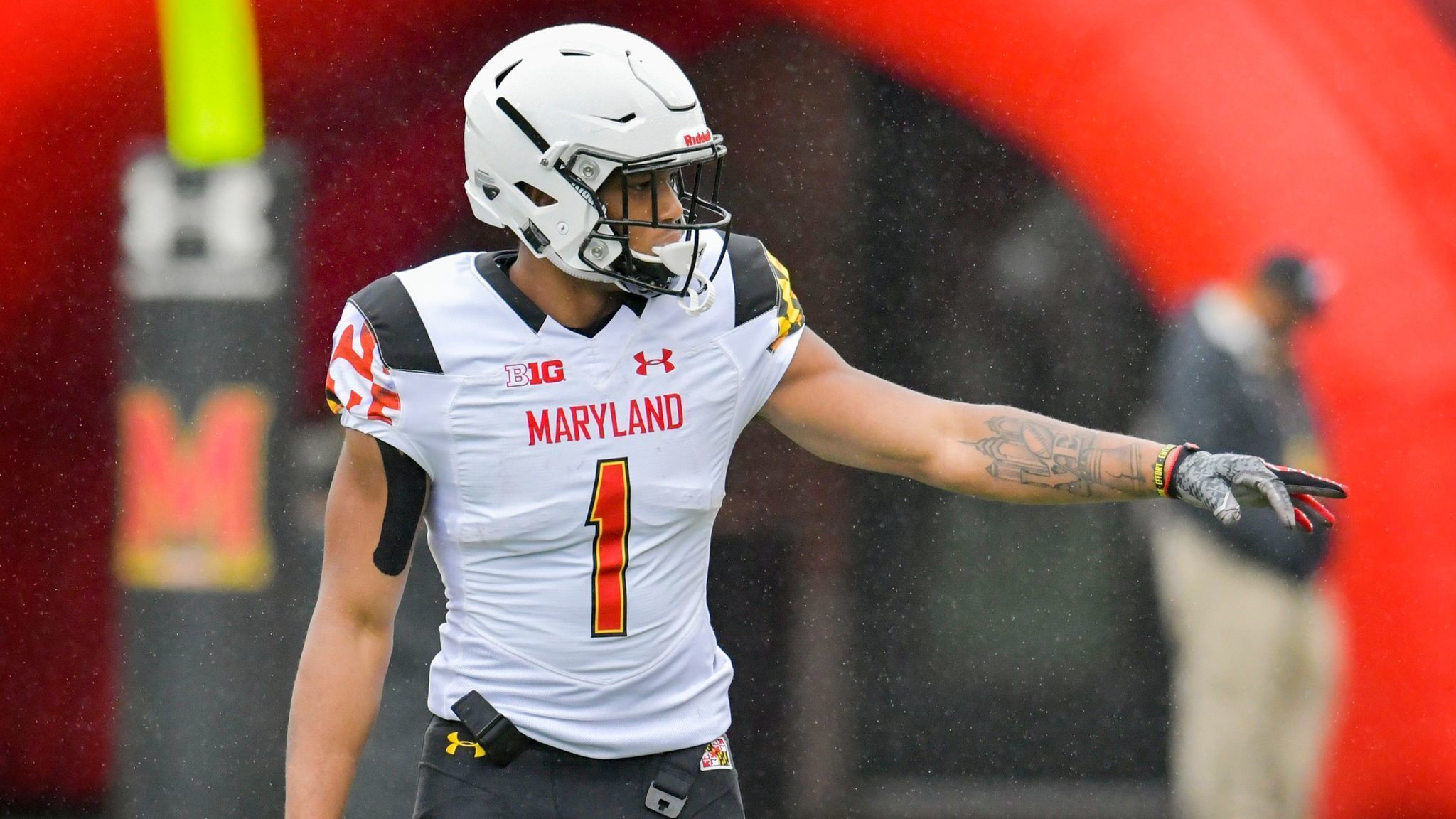 D.J. Moore, wide receiver, Maryland. If you don’t know, you better ask somebody. The problem is if you ask somebody, they probably don’t know either. If you check the 2018 draft eligible receiver rankings at Walter Football , Draftwire, CBS, or Drafttek, you won’t see his name. Not a single draft website has identified the Big Ten’s Richter-Howard Wide Receiver of the Year as a viable 2018 draft prospect. That’s ok. People slept on Stefon Diggs too, another former Terrapin standout.

Make no mistake. D.J. Moore has an NFL skill set. The 5’11 junior is a stacked 215 pounds with a running back’s legs and mentality. He is a “hands” catcher who finishes runs. When’s the last time you heard of a wide receiver described that way?

A thousand yard season in a power five conference is certainly nothing to sneeze at, but Moore’s raw numbers need additional context to be truly appreciated. Maryland passed for just 1,940 yards on the season with 15 passing touchdowns. Accordingly, Moore’s production accounted for more than half of Maryland’s receiving yards and receiving touchdowns.

What’s so intriguing about Moore is that his profile fits what so many offenses do in today’s NFL. Five-step drops and post routes are largely out. In are bubble screens, slants and other high percentage short throws, where quarterbacks allow their playmakers to make plays. Think Kansas City with Alex Smith and Tyreek Hill, New England with Tom Brady and Julian Eldeman, Detroit with Matthew Stafford and Golden Tate, and Miami with whoever is throwing Jarvis Landry the ball.

Not that he can’t run the deep routes, because he can, but Moore excels at gaining yards after the catch on screens and shorter routes. Defensive backs tend to bounce off him. Oftentimes, Moore looks like a running back while lowering his shoulder into a defender or using a stiff arm to spring himself for extra yardage.

Unfortunately, you will not find this standout receiver on the bowl schedule this year as the 4-8 Terrapins were not bowl eligible. Nonetheless, I’m anxiously waiting to hear whether Moore will forgo his senior season. Whether it’s this year or next year, Moore is a player I’ll have on as many of my dynasty rosters as possible.