Which Positions Brought the Most Success Off Waivers in 2020?

Which positions brought fantasy teams the most value from the waiver wire? Find out and use this info to plan for 2021 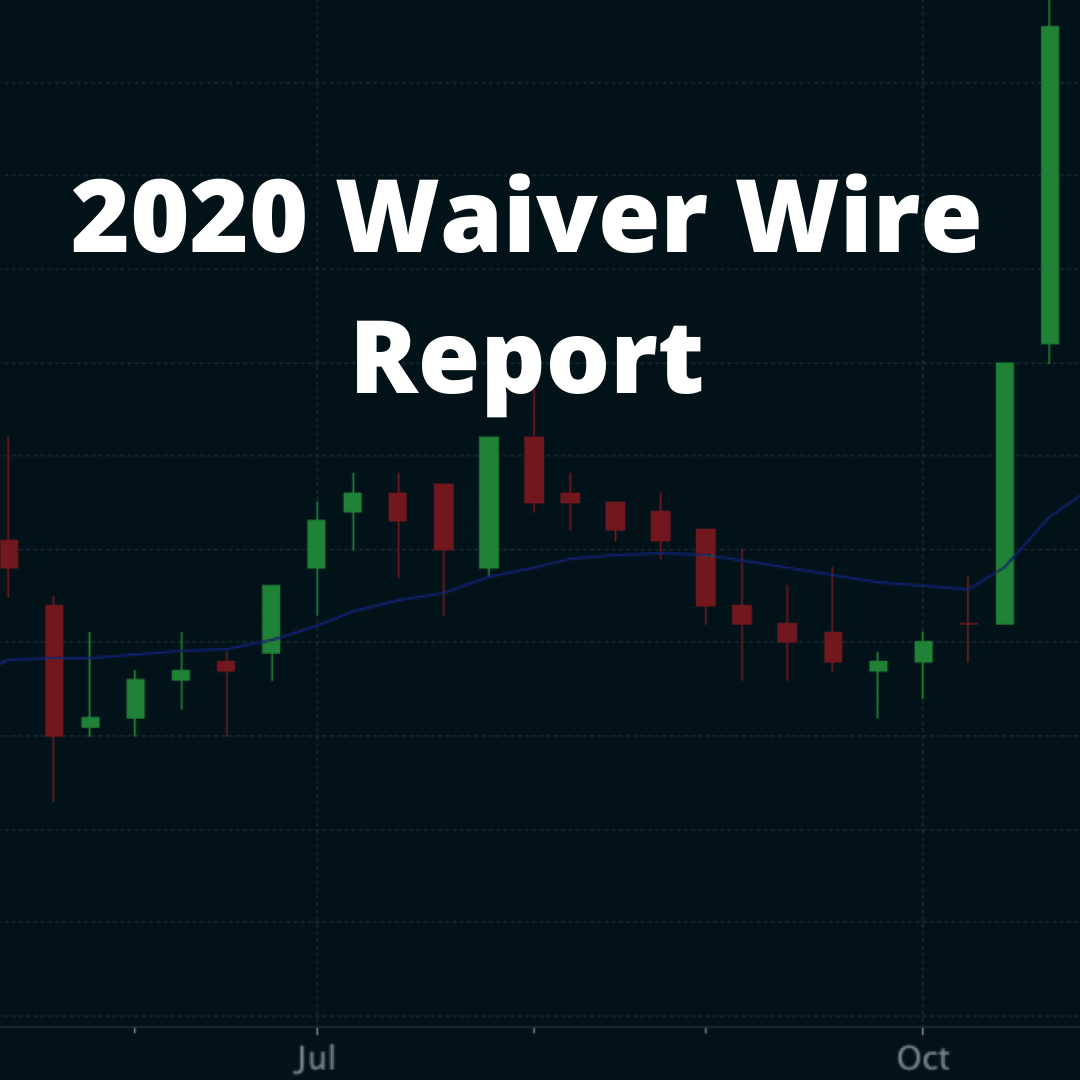 Good fantasy football managers know that successful in-year waiver wire decision making is paramount to operating a successful team. Great managers look to understand where an edge can be gained from this pillar of fantasy football management. Using weekly player start and roster percentage data from ESPN seasonal leagues, identifying which positions were more reliable on a general level is possible from the following perspectives:

Both usages of the waiver wire will be explored here from 2020. There is no guarantee the same patterns will be observed in 2021, but this is something I’ll be looking to continue to track in years to come.

The most sobering finding from evaluating waiver wire targets in 2020 is that the general public has basically no idea who will work out for one week fill-ins. Below illustrates the lack of success highly vaunted free-agent pickups (those with higher percent ownership increases) brought team managers that week.

Notes: Taysom Hill was a true outlier and removed from all analysis due to ESPN designating him TE status despite playing QB.

The upward trend is minuscule at best for what to expect out of a hot waiver add in general. But when broken down by position (below), a more useful picture emerges:

It’s easy to think back on a player that did well in a start spot. But when you remove hindsight bias and look at all the popular adds together, the murkiness of waiver success relative to positions can be seen. Listed below are all 71 players who were added in at least 20 percent of ESPN leagues on the waiver wire with points a darker shading of green for higher points produced:

The point of listing all these names is that every year people throw anecdotal examples to make the point that either a Zero-RB or Bell Cow RB draft strategy is optimal. But this fails to consider how many free agent busts there were for every diamond in the rough. The RB position holds the most names that attracted 20 percent roster increases in ESPN leagues. However, only 13 out of 35 produced double-digit points in the week immediately following the roster boost; compare this to 8 out of 17 for WR.

As stated above, no one has a clue what to expect out of a waiver wire fantasy kicker. Even for spot-fills, when grouped by percent added, the boxplots below group players by the rounded percent added in any week of 2020:

Looking at the overall picture for kickers, points provided slightly decreased as a function of percent added. Like the draft, the waiver wire is a complete roll of the dice for the Joker position of fantasy football.

On the other hand, DSTs were the complete opposite and proved to be worth the one-week investment:

The trend shows a 4-point increase expectation out of DST’s added in 1 vs. 40 percent of leagues with a mostly lineal relationship in-between. Four points are not trivial for one roster spot in a fantasy lineup.

The graph above can help you determine which positions provided long-term value off the waiver wire vs. short-term value.

The data again support the idea that WR is a better waiver-wire option than RB. I ran this graph a few other times using different cutoffs for percent of leagues added (5, 10, and 35 percent), and the relationship between these two positions was similar. You get a little more success out of RB for waiver wire dart throws (low percentage added), but the more popular the add, the more success you can expect out of a WR.

One thing to keep in mind here, though, is that the sample size for WRs added at 30 percent or above is smaller than RBs. Given the importance of the RB position in fantasy, it’s not surprising that the free-agent market is going to overpay without gains in points.

2020 demonstrated that DSTs and WRs were the best positions to target in free agency. There’s no guarantee that will hold in 2021, but without start/roster percent data from any prior year to compare, my recommendation for 2021 would be to count on these positions less in your draft and focus more on them in weekly waiver wires.

Slow Ride: Take it Eason!
Donald Parham: From the XFL to your Dynasty roster