Why I traded for Sam Darnold

When your dynasty team under performs it’s time to find some by lows. Sam Darnold is one of those guys I’m adding to my Superflex rebuilds. 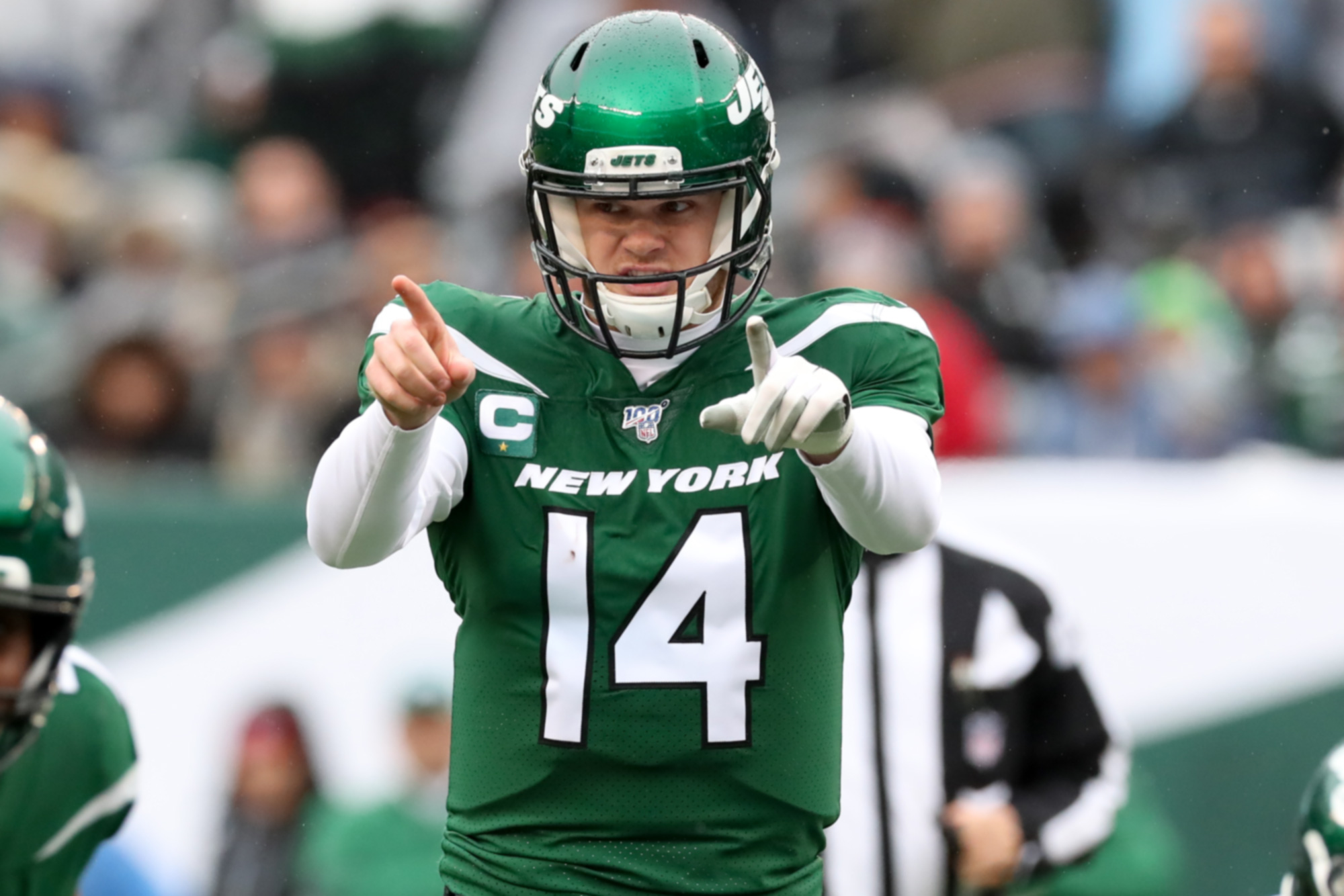 I know that might not be a popular sentiment, but I am looking to add Darnold to my roster. Coming off a 2-11 season, I let this information be known in a 12 team Superflex league. I was supposed to have the 1.01. However, I traded that away in March of 2020. At the time, I was the defending champ and not high on Marquise Brown. The trade is below.

It was quite a fall from defending champion to 1.01. Most people brag about going worst to first, but here I am talking about my first to worst. Injuries and underperformance doomed me. On to next year. Here is my projected 2021 starting lineup.

Not a great lineup. I will need quite a few breaks to go my way. I don’t have great depth either. Ryan Fitzpatrick, Rashad Penny (I know), Golden Tate, Bryan Edwards, Hayden Hurst, and Cameron Brate highlight the reserves.

Time to make some moves

Enter Sam Darnold. I am probably unreasonably high on Darnold. Through three NFL seasons, Darnold has had an underwhelming career. One year of Todd Bowles followed by two years of Adam Gase, throw in a case of mono, and there are excuses aplenty.

Through 38 games, Darnold has yet to reach his college completion percentage, breaking 60% just once. In 2020 Darnold ranked near the bottom in just about every passing metric. Nowhere to go but up, right?

If the Jets did anything right in 2020, it was draft Mekhi Becton. The giant left tackle stepped into the starting lineup and didn’t look back. Despite the addition of Becton, the Jets offensive line struggled to give Darnold time giving up pressure in under 2.5 seconds on 28% of their pass plays, according to Pro Football Focus. New offensive coordinator Mike LaFleur and offensive line coach John Benton both followed Saleh over from the 49ers. I expect they will install many of the schemes that made the Niners run game successful.

An improved run game will help Darnold in the passing game. Jamison Crowder has developed into a reliable slot receiver. After missing the first eight games, rookie wideout Denzel Mims flashed some downfield ability and should be ready to take on a larger role in 2021.

How big of a jump?

Darnold finished 2020 as the QB30 for fantasy. Again, nowhere to go but up. But, how far up is a reasonable expectation? If healthy, can Darnold move into the top twenty? Will the offense pass the ball enough to move Darnold up that far.

Let’s compare the Jets and the 49ers.

Last season San Francisco ran about 100 more plays and had 71 more pass attempts. That was with the Niners starter, Jimmy Garoppolo missing ten games. The Jets yards per play and net yards per attempt were both significantly lower than San Francisco. Even improving to the San Francisco 2020 levels puts a healthy Darnold in the range of QB18-20.

Darnold will be heading into his fourth year with his third head coach/offensive coordinator combo. He will turn 24 on June 5th. Given that the Saleh/LeFleur pairing looks to be the best of his career, Darnold should be set up for a takeoff.

So Darnold is on my list of players I want to add in Superflex leagues. The league had a new manager take over an orphan. The orphan had Darnold and had traded away its first and second-round picks making a run. Unfortunately, he ran into a buzz saw in Week 15, where Murray, Allen, Montgomery, A Jones, and Waller put up close to 200 points.

So, the offers start. Not great, to be honest. It felt like we were far apart on our valuations of Darnold.

Offer #1 – I give 1.12 and receive Darnold and JJ Taylor. I like Taylor’s prospects as a flex worthy RB in 2021. He rejected and countered. In his counter, he would add David Njoku, and I would add Brandon Aiyuk. No deal for me.

The new offer hit my inbox. He gives Darnold, and I give 2022 first round and 2023 first round. I like Darnold, but I’m not keen on giving up two firsts for him. Rejected. He countered with 2022 first and the 2.10 in 2021. Now I was playing hard to get. I really wanted to get both Darnold and Taylor. So I rejected and held out for another offer.

The offer came. This time it was #SmashAccept. One future first for Darnold and Taylor was the deal I was looking for. There is still a lot of risk baked into it. I need Darnold and Taylor to take steps forward, or that 2022 first could very well be the 1.01. If my team falters this year and the pick is high, I will have clearly lost this trade.

For today though, I feel great. My starting quarterbacks are Matthew Stafford and Sam Darnold. I am sitting with the 1.09, 1.10, and 1.12 in the 2021 draft. I have some capital to try to make something happen at the running back position. If you have been following the mock drafts here at Dynasty Nerds, you know I could be looking at Kenneth Gainwell or Michael Carter in that range.

What does the calculator say?

First, I know many dismiss the usefulness of trade calculators. Understand, they are not the be-all, end-all arbiters of value. They will, however, provide some guidelines when you are trying to determine the balance of a trade. You should definitely have a set of rankings that you have created or a person in the industry whose rankings you trust.

I plugged the trade into the DynastyGM trade calculator. Today I got the better of the deal. We’ll see how it shakes out over the next couple of seasons.

Trading this time of the year can be tricky. Current year rookie picks are only going to go up in value until the NFL draft. That takes the incentive to trade them away. But, if you can move 2022 picks, the market is ripe and you have a ten month period to trade for new 2022 picks.

Give me a follow on Twitter and give my podcast The Fantasy Football Roundtable on the Drive In Podcast Network a listen. It’s not to late to join me and more than 5000 friends in subcribing to the Dynasty Nerds youtube channel.