Why You Should Buy On Rashaad Penny 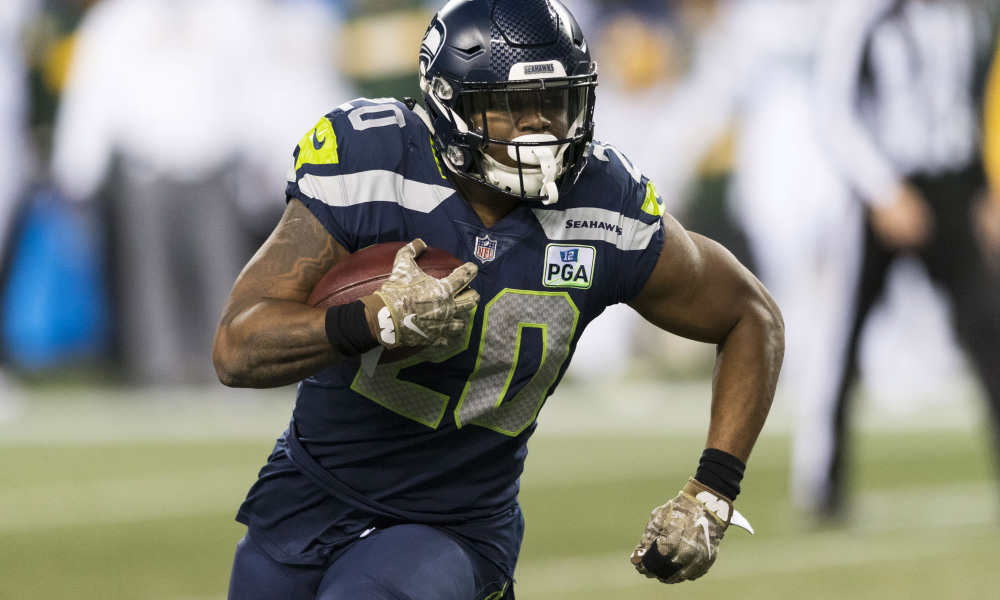 Complaints about Rashaad Penny’s fantasy performance last year were commonplace. “He’s a bust”, “He never took the starting job”, “He couldn’t even outperform Mike Davis when Carson got hurt”, “What a waste of a first round pick”, and “The Seahawks don’t need him” were a few of the notions that ran wild.

If people in your league have one of these seeds of doubt about Penny, whether its in a dynasty startup or one you’ve been in for years, draft him a round or so earlier than his ADP or negotiate a reasonable trade, and nurture that seed into the fruit of an abundant perennial fantasy output for years to come.

Why do this? Because there is overwhelming evidence that Penny is about to undergo STRONG positive regression in his fantasy production throughout the upcoming years. Below you will find multiple categories that provide statistical proof of his likely turn around. These range from draft capital, collegiate history, contract situations, team philosophy, touches available, and touch efficiency. Let’s get started.

Draft picks often don’t pan out. It is not terribly unusual for the college and NFL combine hype to fail in the NFL. At the same time, the history of success rate of a higher pick has been well evident. Not only is there a whole slew of scouts for each team analyzing every single detail about a player, but there is also investment from the club, GM, and coach tied to the value of a first round pick, both personally in their careers and financially for the organization. They want their high pedigree picks to succeed and are willing to put in the effort to make it happen.

For Penny’s case, let’s see how likely that is. Below is a chart showing the fantasy production of every first and second round RB taken since 2015 against their three year Points Per Game average in the NFL:

Penny is looking awfully lonely down there at 5.0 PPG. It’s been one year for him, and the average of every first round RB since 2015 is sitting at 16.2 PPG based on the three year range. The law of averages is pushing his stock up. But he was taken in the later half of the first round! Alright, lets even call him second round pick for fun, of which the average is in the 11 PPG range. Either way, the data suggests that his outlier production is very likely to regress to the average and you can visually see that the odds are in his favor.

I recently did another article that highlights a trend happening regarding a collegiate YPC threshold with FantasyPros found here. In short, it follows every RB in the last 10 years who average above 6.41 YPC and had a minimum of 270 carries in their last two college seasons. This translated to at least 10.0 PPG if not drastically more in their first three seasons in the NFL, especially for first round selections. See below for the chart:

As you can see, Penny is one of two individuals who were not hits in the model, with the other being LaMichael James. The difference between these two players is that Penny still has two years left to regress to the norm! It’s hard to believe he remains at such a low number given evidence to the contrary. This is high echelon company to be in and once again, the odds are stacked in his favor.

Players who perform better are expected to be paid better. Players who are paid better also have more club investment, as it is not financially responsible to cut a player and take a hit in the millions of dollars with no return on your investment. In contrast, if a player is easy to cut through a weak contract, it is more inviting to do so should their performance slip.

Below you will find the current contracts of the top remaining Seahawk RBs in Penny and Carson:

Penny has a cap number of $2.4 mil while Carson sits at $660k. Do you imagine a team not utilizing a player at the same position who’s making almost four times the amount of the other? That would seem foolish, although it does occasionally happen. Perhaps more importantly, look at the contract length and dead money for each player if they are cut. Penny is locked up through 2021 and requires a few million dollars if they decided to part ways. Carson has provided great value for this price, but has one less year on his time than Penny along with being extremely easy to release should they decide to part ways by way of his very manageable dead money. Another facet working for Penny. One of the worst things that could happen for Penny owners would be a contract extension and raise for Carson.

Last year in 2018, no team called more rushing plays as part of their game plan than the Seattle Seahawks, and by a decent margin. See the chart below illustrating this provided by teamrankings:

I believe this goes without saying, but obviously, a RB on a team that runs the ball more than any other team in the NFL will see more opportunities than the average joe. More opportunity leads to more fantasy points, and the statements from the coaching staff so far this year indicate they plan on remaining as run-heavy as they have been. It’s an additional fantasy perk to own a RB in an offense that relies on them so often.

With the departure of Mike Davis, touches from the 2018 season are up grabs in Seattle’s backfield. Davis touched the ball 146 times (112 rushes and 34 receptions) according to profootballreference. For Davis, this translated into 137 PPR fantasy points. Let’s assume this general flow continues, these points have to go to someone.

Even if Carson remains atop the depth chart, Penny will likely absorb the majority of these touches when playing the complementary role to spell him, as Davis often did last year. Add in Carson’s injury-riddled past along with additional surgery in the spring of 2019, and the opportunities could be greater yet.

Penny got the short end of the stick compared to the volume of touches Carson had last year. Does this mean he performed worse when called upon? Not at all. In fact, Penny slightly outperformed Carson on a per touch basis as you can see below, courtesy of NFL.com:

When comparing how well each Penny and Carson performed with their given opportunities, we find Penny slightly edged him out with a 4.9 Yds/Att against Carson’s 4.7, and again 8.3 Yds/Rec against Carson’s 8.2.

While this difference may seem somewhat insignificant, it is significant in what Penny was able to do with his touches. Not only did he do his job, but he also did it well. A fair argument against this is that the sample size is too small. Even so, it points to that he was able to stand out when given the chance. Prove yourself time and time again, and more opportunities will be given.

Every single category listed above points the arrow up on Penny’s fantasy stock, and it is extremely difficult to ignore the trends. Penny’s metaphorical ball and chain for the immediate future is Carson’s success. Even still, I believe at worst we will see a roughly 50/50 split in touches between the two, which is more than enough to make Penny fantasy relevant especially considering what he is currently being valued at.

Whether you are a believer in draft pedigree, historical data trends, a club’s financial investment, a team’s play calling philosophy, more opportunity, or efficiency per carry, all signs point to one thing: strong positive regression is coming for Rashaad Penny! Will you buy in now or wait until it’s too late?