Wide Receiver Duos You Can Trust

Conventional wisdom says to stay away from rosering 2 WR from the same team. @TristanCook- gives you some dynamic duos not to be afraid of. 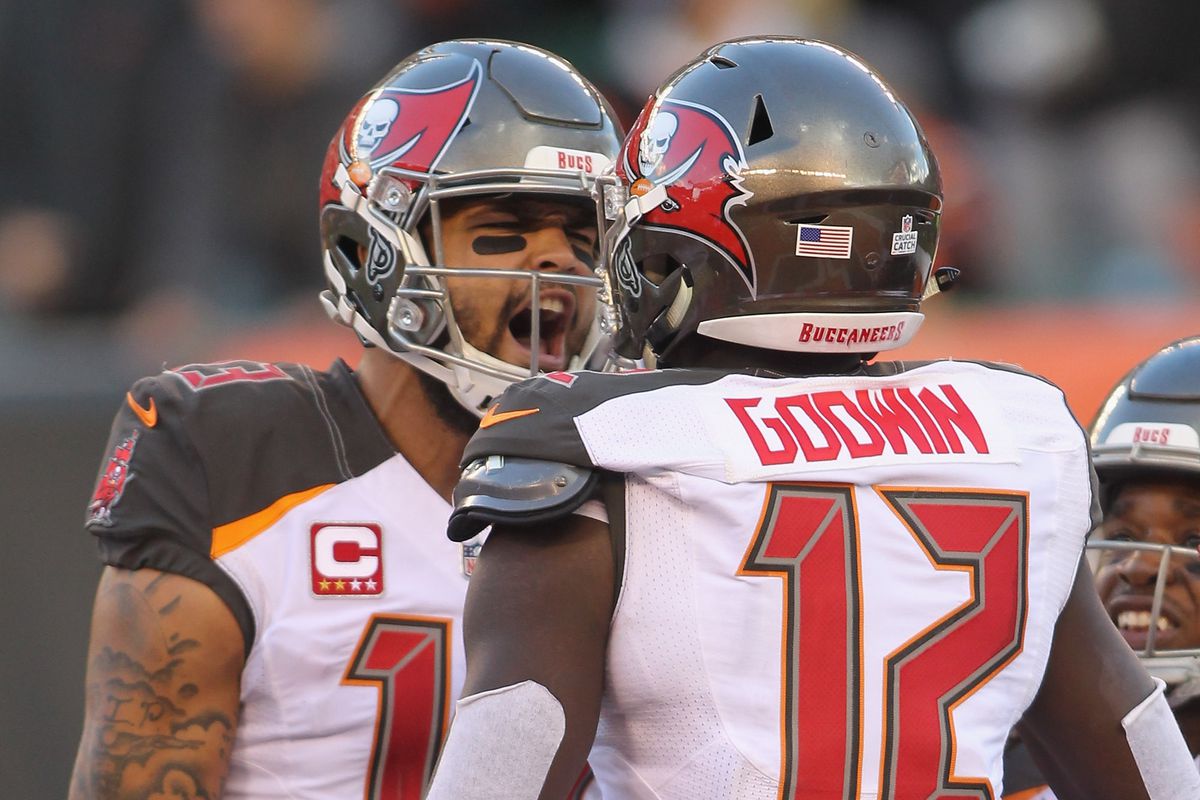 The NFL is filled with incredible WR talent, but only a handful of teams have a duo of WRs that you can trust on a weekly basis. This article will highlight the top fantasy WR duos. There are many teams that have multiple pass-catching options, but for the purposes of this piece, we will only look at WR duos. Let’s get to it!

The first duo that should come to mind resides in Tampa Bay. After posting outstanding numbers in 2019, we should have full faith in seeing similar 2020 campaigns from the Bucs top pass catchers.

Tampa Bay has undergone quite a facelift since the end of last season. And, additions of Tom Brady and Rob Gronkowski will certainly have an impact on Tampa’s offense, but the combination of Evans and Godwin should remain the focal point of this passing attack. This duo posted the 2nd (Godwin) and 4th (Evans) highest PPR PPG in 2019.

The biggest concern I foresee here is a lower volume of targets, specifically for Evans. However, I am confident in this duo being one of the best in the NFL in 2020. There is no question that the Bucs offense will look dramatically different this coming year, but both WRs have very realistic routes to finishing as top 12 WRs.

This next duo may surprise you. This article is about WR duos you can trust in your fantasy lineup, but I am expecting a bounce back year for the boys in Cleveland.

After what can only be described as a disappointing 2019 for the former LSU standouts, I am expecting a strong bounce back. And, despite the down year for the Browns, Jarvis Landry finished as WR12. I believe that his 83/1174/6 line is repeatable, and OBJ will return to his dominant form.

This duo is one that I am looking to invest in this off-season. Specifically, I want as many OBJ shares as I can buy. His value has never been lower than this, and we all know that the talent is there.

These next two duos can still be trusted, but expectations must be reeled in compared to the aforementioned names.

Julio Jones is always reliable for a top 5 fantasy season, but Calvin Ridley has shown us that he can simultaneously produce in this offense. And, with the departure of Austin Hooper, Ridley will have an opportunity to garner a bigger role in the offense.

I would not be expecting elite numbers from Ridley, but he could easily be a low-end WR2 in 2020. Calvin Ridley is poised to make a 3rd year breakout and prove to be a good fantasy asset.

The next WR duo resides in the pacific northwest. Tyler Lockett quietly finished as the WR13, and superhuman DK Metcalf proved many doubters wrong in a strong rookie campaign. The biggest cause for concern in Seattle is trusting that the Seahawks will let Russell Wilson throw the ball enough to make both WRs fantasy relevant. The concerns are valid, but the potential here is immense. With questions surrounding the RB situation in Seattle, it would not surprise me to see an increased emphasis on the passing game.  Lockett should once again provide low-end WR1 numbers, and we can expect a step forward for Metcalf in his sophomore season. I would be targeting both WRs, but I think Lockett can be a sneaky pickup.

Moving down the coast, our next duo resides in LA. The Rams are going through a transition period, but their offense should remain productive with Sean McVay calling the shots. The departure of Brandin Cooks should only open up targets for Cooper Kupp and Robert Woods. This duo usually is not at the tip of your tongue when discussing the best WR duos in the NFL, but they finished as WR4 (Kupp) and WR14 (Woods) in 2019 and are the Rams most proven offensive weapons. I fully anticipate these two being consistent, reliable fantasy options on a weekly basis.

We are headed southeast to Arizona for the next WR duo. While it is still somewhat hard to believe the DeAndre Hopkins trade happened, we should expect Hopkins to have a big year in the desert. We know the Kliff Kingsbury offense is extremely pass heavy, and Nuk should feast. A big question we have, is if Larry Fitzgerald can perform at 37 years old. It would not surprise me to see a bit of a split between Larry Fitzgerald and Christian Kirk for the 2nd WR spot for the Cardinals. It certainly makes this duo a bit harder to trust, but the offense should provide the opportunity.

Similar to Arizona, the Cowboys have a WR1, and some uncertainty for the 2nd WR job. I expect to see the Cowboy’s offense produce well offensively. Amari Cooper should once again feast in route to a WR1 season. The question I have is can we trust a WR other than Cooper? Many people are all aboard the ‘CeeDee Lamb Hype Train’, and while I am certainly a fan of his talent, I think people are a little quick to dismiss Michael Gallup. Gallup posted a 66/1107/6 line in 2019, which was good enough for WR22. CeeDee Lamb is a great WR prospect, but with a likely abbreviated off-season, and a player that has proven productive in Gallup ahead of him on the depth chart, I am less optimistic. In fact, I am trying to buy Gallup shares wherever I can. I think his value was tanked by the drafting of Lamb, and he is a bit of a bargain. This WR2 situation may make it too difficult to trust anyone other than Cooper. For 2020, my money will be on Gallup.

Thanks for reading and I hope you enjoyed the article. You can find me on Twitter @TristanCook_ .You can see my previous Dynasty Nerds article here . Are you a #NerdHerd member yet? For just $2.99/month, you get access to rankings, extra podcasts, the buy/sell tool, and more on the way.

There are a few other duos that are deserving of being mentioned, but I felt were riskier than anyone else already on this list. The other LA duo of Keenan Allen and Mike Williams were a close miss, but the unknown of a rookie QB without a real off-season has me concerned. Similarly, the Bengals duo of AJ Green and Tyler Boyd (and now Tee Higgins) is intriguing, but the rookie QB concerns make it too tough to trust. Finally, the Broncos duo of Courtland Sutton and Jerry Jeudy is exciting, but they did not quite make the cut.