Terrace Marshall Jr. landed with the Panthers in the draft and is reunited with Joe Brady. What does his outlook for fantasy look like now in dynasty? @WhyDoIEvenTryFF gives his thoughts on what you may expect from him here in this article. 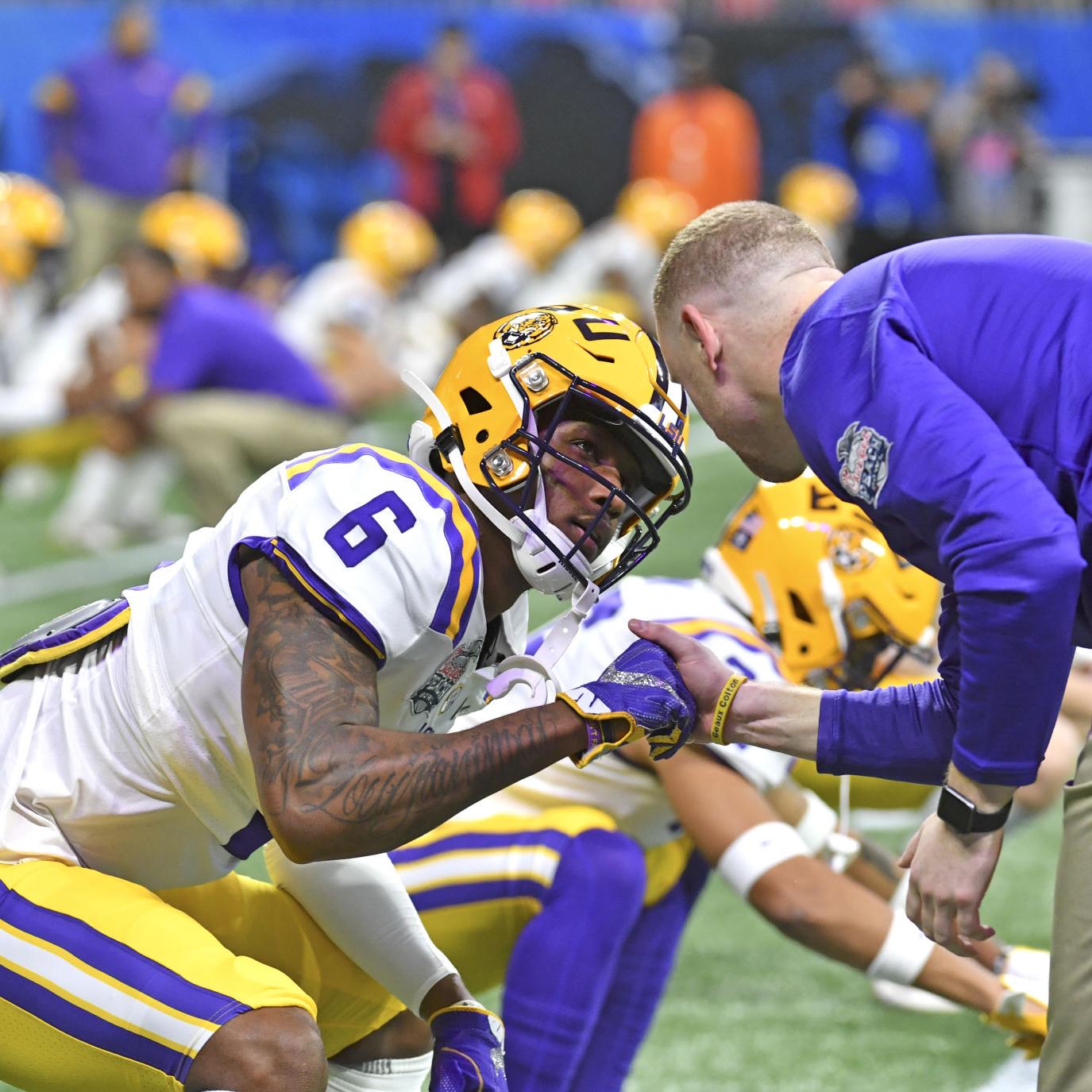 Terrace Marshall Jr. was selected in the 2nd round of the 2021 NFL Draft by the Carolina Panthers at pick number 59. Marshall was expected to be a late first-round pick or early second-round pick after a fantastic pro day. He impressed scouts with a 4.40 40 yard dash, great for someone his size. Not too long after his pro day, some issues about his past injury history came up, which led many to think that it could cause him to slide down many NFL team’s draft boards. Now that Marshall is a Carolina Panther, what will the rookie’s future hold for fantasy purposes?

As mentioned before, a significant concern for Marshall seems to be his past injury history. He suffered a lower leg injury in high school. The five-star recruit and top wide receiver in his respective class suffered an ankle dislocation and broken fibula after landing awkwardly. It was a significant injury that took Marshall a long time to rehab. It had an impact on his freshman season at LSU.

After finally getting through rehab, Marshall was set to impact the LSU offense in his sophomore season. That just so happened to be a historic LSU offense led by Joe Burrow that included Ja’Marr Chase and Justin Jefferson. Marshall was playing well that season but ended up missing three games due to a fractured foot. He would recover and finish the season on a strong note.

Injuries are always a risk when you play the game of football. Just because Marshall suffered a horrible injury in high school and a separate injury in college doesn’t mean that injuries in his NFL career will limit him. He is far removed from the high school injury concerning some teams, and the fact that he didn’t reaggravate that particular injury is excellent news.

Marshall enters a situation where many believe he is unlikely to make an immediate impact. D.J. Moore is the alpha of that receiving core, and Marshall will also compete for targets with Christian McCaffrey and Robby Anderson. The good news is that Curtis Samuel’s departure has freed up 97 targets.

Robby Anderson is only under contract through this next season. Although he may re-sign with the team, there is also a chance that his targets are vacated in 2022.

The Panthers were 22nd in the NFL in pass attempts under Joe Brady’s first season as the offensive coordinator for the team. Marshall now gets to reunite with Joe Brady, who was a coach on the LSU staff in 2019 for that historic offense. Joe Brady has shown some excitement about adding Marshall to the offense. In an article written by Darin Gantt on the Carolina Panthers website, Panthers.com, Joe Brady had a lot to say about Marshall. Below are the quotes from the article.

“He’s a good fit,” Brady said with a grin, after a quick phone call with his newest weapon. “All I can say is, we have a great vision for him as a Carolina Panther. The skillset he has is going to be a great asset to our offense.”

“The more weapons you have is always better. It’s our job to find out what he does well, and put him in positions to have success. Excited to get back to work with him, and see him earn it all over again.”

The familiarity aside, Brady was mostly excited about the tools Marshall brings to the job.

“Not too many people are 6-2, 200-plus and run a 4.3, and are able to make plays on the ball like Terrace does,” Brady said, still grinning. “When the ball’s in the air, Terrace always finds a way to come down with it, and I think he showcased that every time he was on the football field. Not a lot of games but a lot of production.”

Coach speak isn’t always something we should take seriously, but I think Brady has a plan for Marshall. He will find the best way to utilize him. Marshall was a touchdown scoring machine at LSU. He scored 23 touchdowns in 28 college games, and will get many scoring opportunities in this Panther offense.

I expect Terrace Marshall to be fantasy-relevant rather quickly. I see his situation as somewhat similar to Tee Higgins from last season. Tee Higgins was an afterthought to some because the Bengals already had A.J. Green and Tyler Boyd. Talent rose to the top in that situation as Tee Higgins went on to have a productive rookie season and finished as the WR28 in PPR leagues.

I could see a similar outcome for Terrace Marshall. In my eyes, he will be a WR3 with WR2 upside this season and possibly next season. I do believe he will have the potential to be a WR1 down the road.

If you love the talent, you get the player regardless of the situation. I learned my lesson the hard way after I faded Higgins in 2020 because I didn’t think he would make an impact and that I may be able to buy him low later. I won’t make the same mistake with Marshall, and I will gladly take the value as he slides down in 2021 rookie drafts.

Marshall has an alpha-like profile with a 6’2″ 205 lbs frame. He can use his body to his advantage and has excellent ball skills. This type of player is the kind of upside you shoot for, especially when he will be a mid to late 2nd round rookie pick.