Four weeks left in the season, 6 teams on byes and @TristanCook_ helps you get the right WR into your lineups. 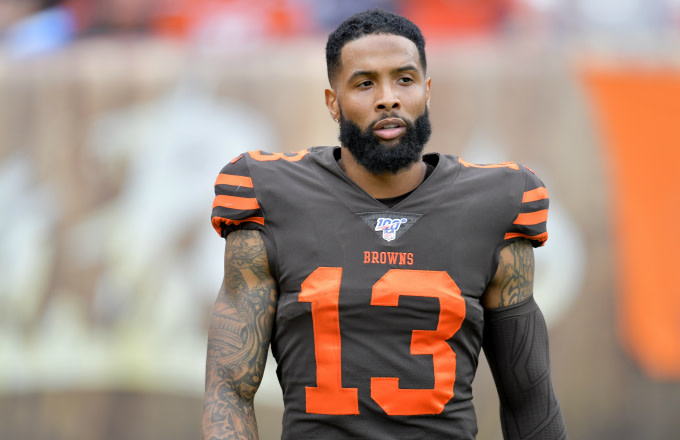 My first start of week 10 is Chargers WR, Mike Williams. He is coming off a career-best 111 yards in the Chargers 26-11 upset of the Green Bay Packers. I was surprised to learn that not only was this the most yardage Williams had ever had in a game, but he had never even eclipsed the 100-yard mark. The main He now gets to face off against the Raiders, who give up the most passing yards on a per-game basis in the NFL. I know that Williams has not exactly been a trustworthy start this season, but I am expecting a big day for Mike Williams against Oakland, so get him into your lineup.

Christian Kirk is my next start. He’s coming off of a brutal performance in week 9 against the tough 49ers defense. Hopefully, you followed my advice last week and took him out of your lineup. This week I have Kirk as a start, and similarly to last week’s logic, it’s based on his matchup. The only team that is giving up more passing yards per game than the aforementioned soon-to-be Las Vegas Raiders, is the Tampa Bay Buccaneers. I’m expecting a bounce-back day for all of the Cardinals passing game, and especially Kirk. When he’s been on the field, Kirk has seen a steady flow of targets coming his way. Aside from last week, he has shown a relatively stable floor of production and could be in for a ‘boom’ week against this bad Bucs secondary.

My final start is DeVante Parker. Yes, you read that right. No, this is not a pre-season start/sit column. To be honest, I am just as surprised as you are. But, I am recommending putting Parker into your starting lineup in what is likely a pivotal matchup. Could this backfire? Absolutely. But, SOMEONE has to catch passes for this Miami offense now that Preston Williams is done for the year. I’m not recommending taking out a stud from your lineup in favor of Parker, but I think he will produce a solid fantasy game in a week with 6 teams on BYE.

You may be a little surprised at my first pair of sits for this week. How could I recommend sitting BOTH Tyler Lockett and DK Metcalf after they just combined for nearly 20 catches, 300 yards, and 3 TDs? Well, they, unfortunately, don’t get to play the Bucs again this week. They going from facing the 2nd worst pass defense last week to squaring off against the best pass defense this week. The Bucs are allowing nearly 300 yards per game, while the 49ers aren’t even allowing 150. At this point, the analysis is pretty straightforward. If a team is playing the 49ers, I’m not playing those players.

I understand that with 6 teams on BYE, you may not have another option at WR, and if I had to pick one of these two to play, it would be Lockett. But, if I have any other viable options at WR, I’d be putting them in my lineup over this Seattle duo.

My final sits are another pair of WR teammates in Odell Beckham Jr. and Jarvis Landry. Similarly to the Seattle duo, there’s a chance that you don’t have better options at WR this week than OBJ or Landry, and that’s understandable. But, my case for sitting both of these players is two-fold.

First, the Browns are a dumpster fire right now. The only player I feel confident starting on this team is Nick Chubb and this week that may not even be the case. The return to an NFL field of Kareem Hunt only complicates the target distribution on a bad offense. The second reason is the matchup. The Bills defense is 3rd against the pass, trailing only the Patriots and 49ers. So, do you really want to trust a bad offense against a good defense? It’s possible that one of these two puts up a serviceable performance, but I’m not willing to take that risk.

That’s it for week 8, feel free to reach out to me on Twitter (@tristancook_) if you have any specific questions for who I would start. There are also weekly office hours in the Facebook group on Sunday mornings before the early games kick-off. There are a handful of writers that will answer all the questions posted to the thread, so you are usually able to get a few different takes on your situation. Good luck this week!

Flexy and I Know It: Week 10 Flex Starts/Sits
12 Formation: TE Starts/Sits for Week 10
25% Off Sitewide - Use Coupon Code "Black-Friday".