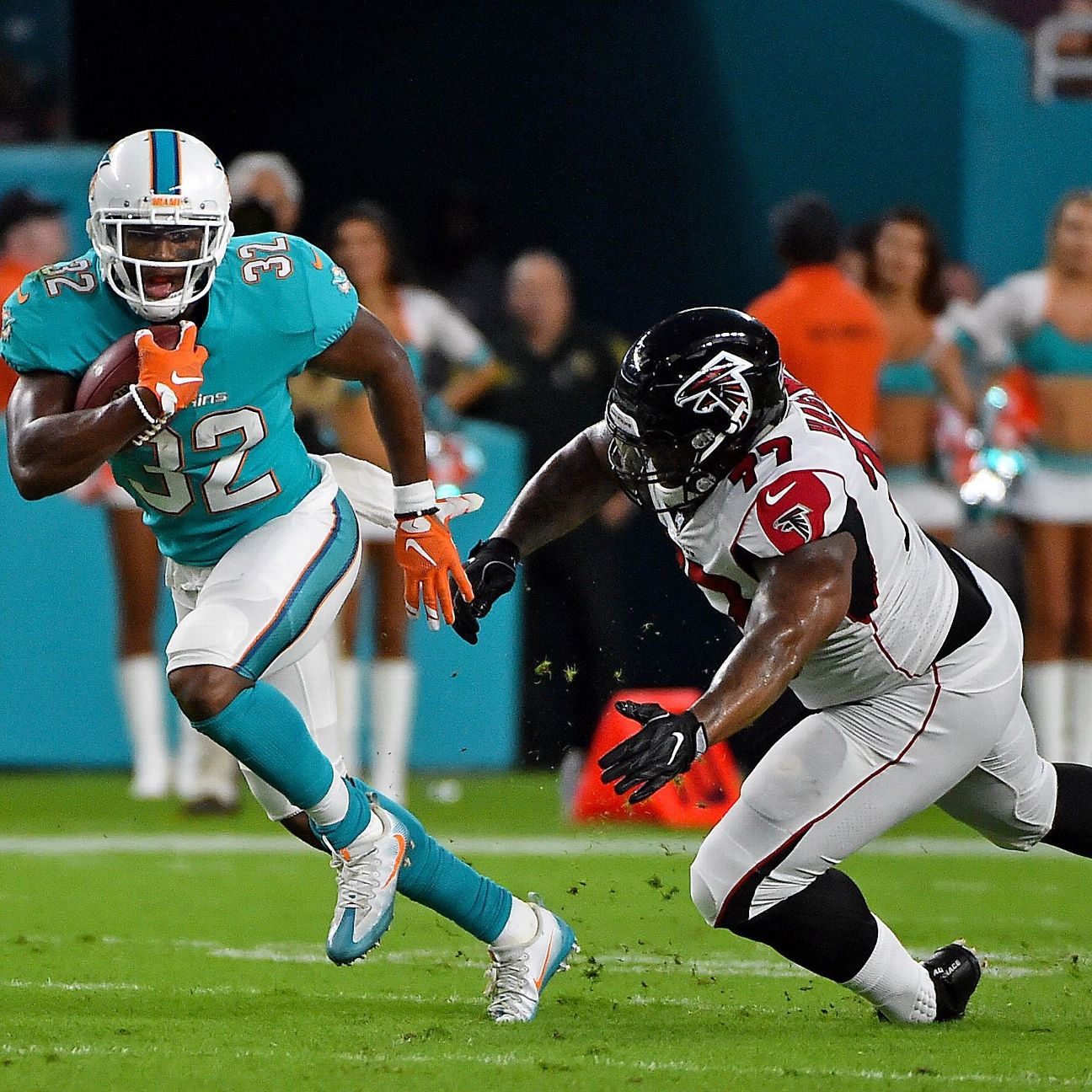 Zero Running Back strategy has somewhat gone by the wayside for most, as it remains commonplace for running backs fly off draft boards early and often. It has become an exceptional case if the top 4-5 players in a dynasty startup draft are not running backs. Complicating matters is the anxiety that tends to set in as top wide receivers are pushed down the board, causing some drafters to panic and reach for a running back to make sure they have one.

For those who have never used the Zero RB strategy, this is what it consists of: Owners will avoid taking a running back early in drafts, focusing on other positions instead, then pivoting back to attack the running back position later, usually around the fifth-to-sixth round.

When to use the Zero RB Strategy

Over the past five years the NFL has shifted to a passing league. While running backs are still a huge part of fantasy, the main argument for Zero RB is that at the moment, arguably only five RB stand among the truly “elite” category. In the past five years, we have seen nine quarterbacks out of the top 20 sneak into most pass attempts in NFL history.

Rules have been enforced and changed to allow for more scoring, and that predominantly affects the passing game. With such an emphasis on passing, wide receivers have become more fantasy relevant. In the past two years in PPR scoring, wide receivers have comprised at least half of the top-30 scorers (17 in 2017 and 15 in 2018). This shift is diminishing the dominance of quarterbacks among the fantasy scoring leaders, bringing more positional balance to the list.

NFL teams have shifted to using more three and four wide receiver sets, and many fantasy leagues are reflecting that change with their lineup requirements. Conversely, as more and more NFL teams move to a committee approach in their backfields, aside from the few “elite” options, the workhorse role for RBs is an endangered species.

For me, I’ve started to use this strategy when I’m picking in the back end of the first round. If I end up picking in the top four, I will likely take one of the top options at RB (Saquon Barkley, Christian McCaffrey, Ezekiel Elliot, or Alvin Kamara). However, at the back end of drafts, stud WRs are pushed down the board, and owners have a chance to double up on top-tier options, instead of taking a RB who, at that spot, may have considerable risk.

Marlon Mack IND ADP of 34– I’m not a huge fan of Mack, but he will be the workhorse back, and “IF” he can stay healthy, he should get the volume. Remember, volume is king in fantasy.  Last year, Mack racked up over 1,000 yards from scrimmage, averaging 4.7 yards per carry. Mack was able to score 10 touchdowns, and he finished the year with a 71% catch rate out of the backfield.

Devonta Freeman ATL ADP of 35– Freeman had an injury-shortened season last year, playing in just two games. However, he returns as “the guy” for the Falcons, after Tevin Coleman left in free agency. Freeman finished 2018 with a 71% catch rate and averaged 4.9 yards per carry. He too struggles to stay healthy, but owners can acquire either of his backups at an extremely cheap price tag. Ito Smith is being drafted with an ADP of 118 and Qadree Ollison with an ADP of 302.

Kerryon Johnson DET ADP of 36– Johnson played in just seven games last year, due to injury. He also was only able to amass 118 carries, due to splitting time in the backfield. All that being said, he has no real competition in 2019, as C.J. Anderson is a clear backup, and Theo Riddick has a chance to be cut. Johnson balled out before his injury, averaging 5.4 yards per carry, while also averaging 6.7 yards per reception with an 82% catch rate. He has a chance to be the bell cow and is going off draft boards toward the end of the third round.

Aaron Jones GBP ADP of 37– Jones is a bit of an enigma for me. He is a guy I have loved since he arrived in the NFL out of UTEP. He rocked a 47% college dominator rating (96th percentile per Player Profiler) and when given the shot has been tremendous on the NFL stage. While he has been limited in his first two seasons, he has averaged 5.5 yards per carry. Injury and a possible timeshare will be his biggest concerns, but if he is the lead back, he has a chance to be a top-12 RB.

Sony Michel NEP ADP of 41– Much like Aaron Jones, Sony Michel is starting to fall down draft boards due to constant bad news, mainly related to stories about his knee. He had a scope on his knee this off-season, a sure signal that his career is nearly over. At least that’s what it might seem based on his plummeting ADP. Much like other RBs available in this area of the draft, his injury concern and crowded backfield are why his stock has dropped. Yet in eight games last year, Michel was given the rock 209 times, finishing just shy of 1,000 yards with 931. He averaged 4.5 yards per carry. Michel’s upside comes with the belief that the Patriots may be moving toward an even more run-dominant team philosophy to protect an aging Tom Brady.

You’re sitting in the 10-spot and you’ve decided that it’s time to try something different. You are going full Zero RB and are committed to following the strategy. Here are some RBs worth targeting in best ball drafts using this strategy, followed by some roster configurations that are within the range of outcomes, based on anecdotal experience.

Tarik Cohen CHI ADP 50- Cohen is an elite offensive weapon. Many are concerned with the drafting of new Bears teammate David Montgomery, who likely will steal some of Cohen’s workload. However, Cohen finished sixth among running backs with 87 targets with a 79% catch rate. While he will likely lose out on some rushing attempts (he had 6.2 attempts per game last year), he likely will continue to dominate in the receiving game. Coming off the board in the late fifth round, Cohen is the perfect add for a sneaky good PPR running back.

Kenyan Drake MIA ADP 53- Drake was all but primed for a breakout season last year, but when Adam Gase saw this news, he torpedoed Drake’s chances by not giving him any. Drake was limited to just 120 carries and 66 targets. He was highly efficient with those touches though. He averaged 12.5 fantasy points per game and an even better 1.2 fantasy points per touch. That number may not sound impressive, but it was a higher per-touch output than those produced by Todd Gurley, Kareem Hunt, and even Christian McCaffrey in 2018. Gase is no longer the head coach in Miami, so Drake should get the opportunity to be the lead back this season. Now is your last chance to jump on this train, because he will break out in 2019.

Derrius Guice WSH ADP 59- Guice is a pure upside speculation pick. He was a phenomenal college running back, averaging 6.5 yards per carry over his career at LSU. Many had him just half a step behind Saquon Barkley as a prospect, and Guice looked impressive in the preseason last year. However, a torn ACL, compounded by a setback-filled rehab, served to hamper his development and nearly kill his fantasy value. However, he looks to be “the guy” this year, even with the Redskins bringing back Adrian Peterson. If Guice comes back healthy, he should relegate all his competition to the bench. Running behind an excellent offensive line in Washington, he should remind everyone how good he was in college.

Chris Carson SEA ADP 61- Carson is constantly losing his job to Rashaad Penny, until he doesn’t. Penny truthers will have you believe Chris Carson isn’t a starting running back in the NFL. In 14 games last year, Carson rushed the ball 247 times for 1,151 yards, an average of 4.7 per carry, and he hit pay dirt nine times. He had 93 evaded tackles (which was third best in the NFL) and a juke rate of 34% (sixth best in the league). He added 20 receptions for 163 yards with an 83% catch rate. Carson has the makings of a top-tier RB2. Yet he’s still going at the back end of the 5th round, or even the early 6th. If he continues to put up those numbers with what should be an improved offensive line, I don’t see Penny taking over.

If you’re picking at the back end of the first, I would suggest following the Zero RB strategy. Of course, you have to watch how your draft plays out, as each draft is different. If you see running backs going quickly, don’t hesitate to pivot and take a RB in the third round, then load up on some more late. It’s ok to approach the draft differently and zig while others zag. It can be quite fun to watch other owners panic as they see the moves you make being different than everyone else.

I have found myself taking two-to-three WR in the first four rounds using this approach, landing two of the following through round two: Julio Jones, Davante Adams, Antonio Brown, JuJu Smith-Schuster, and Mike Evans. Coming back in rounds three and four, the following names are commonly available: Kenny Golladay, Chris Godwin, Tyler Boyd, Cooper Kupp, Brandin Cooks, and Robert Woods. Pairing three of those stud WRs with some of the RBs above who could become studs, and all of a sudden your team is filling out quite nicely. While other teams may have a decent RB and a top-tier WR, you now have two top-tier WR, while adding in high-upside RB talent.

As the later rounds approach, don’t be afraid to target some of these RBs as well, all of whom have PPR upside and an ADP over 100: Jerick McKinnon, Austin Ekeler, Jaylen Samuels, Nyheim Hines, Devin Singletary, and Jordan Howard.

It might seem crazy, but give this strategy a go in some mocks and see how well it works for you. In the end, you might end up quite pleasantly surprised with the way your roster turns out.

How to Fill Your Dynasty Roster with Cheap, High-Upside RBs
Gold Mine or Land Mine: How to Determine if a Productive Rookie WR Will Have a Productive Career