@ethanAwyatt digs deep to give you a few names you should start, mainly a few guys you should avoid at the TE position. 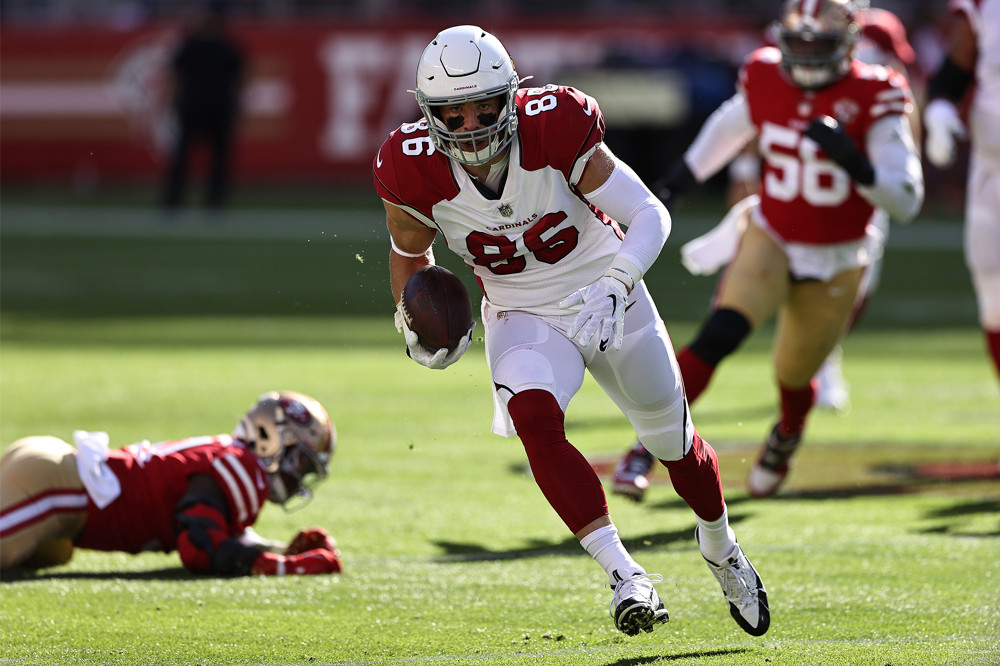 Week one started with mixed results. One of my starts performed well, while the other didn’t. The same can be said of my sit calls from last week.

The start of the week that disappointed me was Detroit Lions TE TJ Hockenson, disappointed in a game script meant for him. The Lions were trailing almost the entire game. Yet, Hockenson failed to eclipse ten fantasy points in PPR scoring formats. On the other hand, Pittsburgh Steelers TE Pat Freiermuth did well for himself. That came despite the game script. He totaled 12.5 fantasy points.

Denver Broncos TE Albert Okwuegbunam headlined my sit portion last week. He failed to eclipse the ten-point threshold. He got very close, finishing with just under nine points. While the Dallas Cowboys got thrashed and lost their starting quarterback at the end of the game, TE Dalton Schultz performed admirably. Schultz totaled over ten fantasy points.

I’m going back to the well here. I saw many positive things in the debut of Freiermuth’s season opener. He had a decent scoring affair last week for fantasy, but more was left on the table. Freiermuth had ten targets, hauling in just half of those. He had the second most targets for the Steelers as WR Diontae Johnson beat him out with 12. The most noteworthy part is that no other player received more than six targets.

The Steelers play the New England Patriots in what I expect to be a low-scoring affair. While his upside may be limited in a low-scoring game, Freiermuth has the most opportunity available compared to other tight ends ranked around him.

I expect Freiermuth to build on his decent week one performance.

There’s not much analysis with this one. You’re hoping for a touchdown when you play Arizona Cardinals TE Zach Ertz this year. You were happy if you played him last week because he hit pay dirt.

Ertz had limited opportunity with only four targets, despite two of the Cardinals’ starting wide receivers being inactive. He converted the targets into a pair of catches for 14 receiving yards and a touchdown. Ertz also hauled in a two-point conversion.

I expect Ertz will have a few more valuable red zone targets in week two when he faces the Las Vegas Raiders defense. There isn’t anyone else as reliable as Ertz available to Cardinals QB Kyler Murray inside the 20. That will equate to more looks for Ertz this week.

Slot him into your lineup and hope he gets a touchdown.

Los Angeles Rams TE Tyler Higbee had an okay game last week. He finished with five receptions but only 39 receiving yards. The intriguing part for fantasy managers is that he received 11 targets. However, that won’t be the case in week two.

The Rams will face off with the Atlanta Falcons this week in what would be a plus matchup for Higbee. I would be because we will see a massive overcorrection in this Rams offense.

It’s no secret that the Rams were heavily scrutinized for their performance versus the Buffalo Bills in week one. Part of that was the incredible lack of utilization of WR Allen Robinson. In the past few days, Rams head coach Sean McVay said that Robinson will see more looks this week. Those targets aren’t getting taken away from WR Cooper Kupp. Instead, they’ll get taken from Higbee.

Sit Higbee this week and be thankful for doing so!

I don’t know if I feel comfortable playing Chicago Bears TE Cole Kmet. Some people are tossing last week’s game out the window due to the inclement weather. While I generally would agree, there wasn’t even a conscious attempt to try and get the ball to Kmet. He finished with zero catches. It’s one thing to have no receptions on five or more targets in a game like that, but Kmet only had one. Something about that doesn’t sit quite right with me.

I would leave him on the bench until I see Kmet get more looks in this offense. I was very high on him coming into this year, but your takes must be like water in this industry. You flow to and from depending on the information available to you game after game.