Week 1 is finally here and @dynastydadmike is back to give you his starts and sits at the tight end position to help start your season off right! 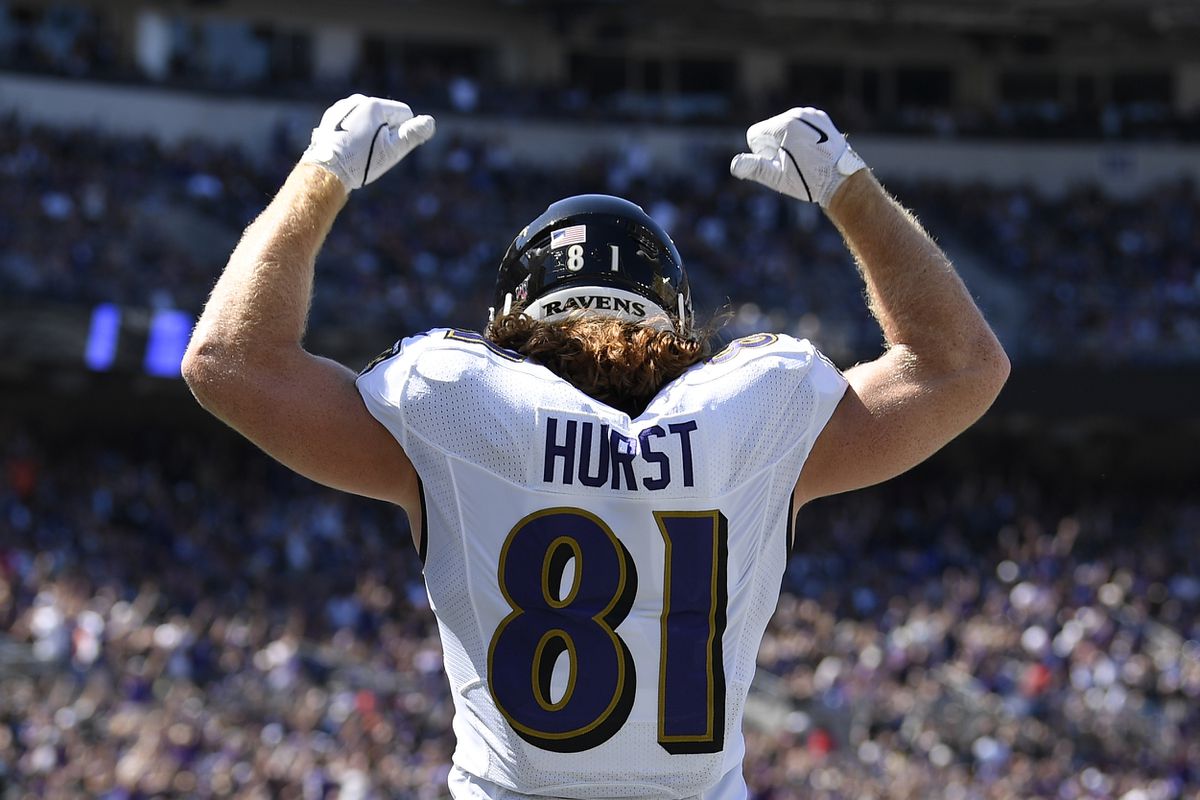 I’m Back! It feels so good to be back talking football with you guys. Week 1 of the 2020 season is upon us, and the crew at Dynasty Nerds is here to help you take home the ship. Just like last year, I will be hosting the weekly start/sit article for the tight end position. Please, be sure to check all our great writer’s articles out for all your start and sit questions at other positions. I will start with the standard disclaimer that this will not feature the obvious starts of George Kittle and Travis Kelce. Start your studs!!!!

After losing Austin Hooper in free agency, Atlanta aggressively traded with the Baltimore Ravens and acquired Hayden Hurst. Atlanta is a fantasy friendly offense to the tight end position after Hooper saw seasons of 97, 88, and 65 targets. Hurst steps into a great week one matchup against the Seattle Seahawks, who allowed the 3rd most fantasy points to the position in 2019.

Currently, Las Vegas sports betting has the Rams and Cowboys the second-highest scoring game of the week. With that being said, I want as many options possible out of these two offenses, which means give me some Tyler Higbee! Starting in Week 11, Higbee was the #1 scoring fantasy tight end. Dallas also allowed the third-most receiving yards to the tight end position giving up over 1000 yards to tight ends in 2019. Start Tyler Higbee.

Zach Ertz is an obvious start for Week 1, but his tight end counterpart also appears to be a very viable option. The Washington Football Team allowed the fourth-most fantasy points to the tight end position in 2019 as well tied for third for most touchdowns allowed to the position. Goedert appears prime to outdo his TE17 ranking.

Hooper finished his 2019 fantasy season with 191 fantasy points, which ranked 6th at the position. He was rewarded for his strong season by signing a four year 44 million dollar deal with the Cleveland Browns after spending his first four years with the Atlanta Falcons. Hooper starts his 2020 season against the Baltimore Ravens, who allowed the fewest fantasy points (4.7 fantasy points per game) to the tight end position in 2019. Hooper is also leaving a pass friendly offense in Atlanta for Cleveland, which appears to be focusing on running the ball more under first-year head coach Kevin Stefanski.

Smith has been a sleeper in some fantasy circles for 2020. While that may be true, I don’t see trusting him in your fantasy lineups Week 1. The Tennessee offense revolves around Derrick Henry. Las Vegas has this game as the second-lowest scoring game for Week 1. Also, I might add that Smith only saw five targets twice in this offense last season, so you are banking on a touchdown to save your fantasy week. However, Denver tied for second in the league allowing only three touchdowns all year to the tight end position.

In 4 career games vs. the New England Patriots, Gesecki has never eclipsed 35 yards receiving. In fact, his career totals against the Patriots are as follows:12 targets, six receptions, 54 receiving yards, and one touchdown. Given Gesecki’s past against New England, I can’t see making him a viable starting option in the first week of your fantasy season.

Good luck with your Week 1 matchup! As always, please follow me @dynastydadmike. I love to talk football and always love to interact with the fantasy football community. I also love to talk about superheroes, movies, and pro wrestling. So, hit me up!