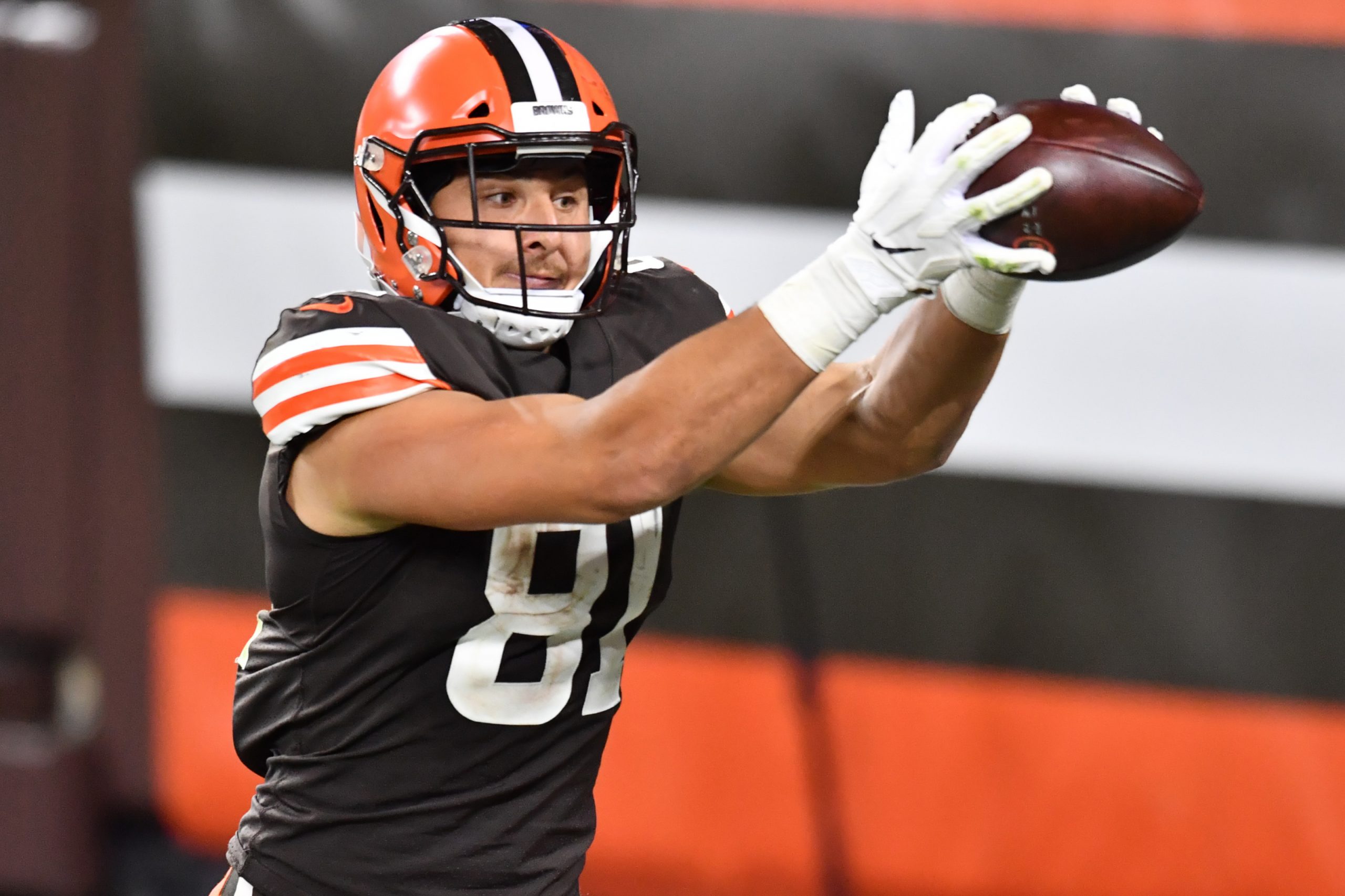 Happy Thanksgiving Nerds! I hope that you have a safe and wonderful Thanksgiving with your family and friends. If you are reading this after Thanksgiving, I hope it was excellent. This year has taught us many things, and one that has hit home with me is to cherish your family and friends. Before we jump into Week 12, let’s recap. My starts were Jared Cook (1.6), Hayden Hurst (0), and Logan Thomas (2.8). My sits were Robert Tonyan (15.4), Trey Burton (10.5), and Tyler Eifert (5.2).

Henry has become a reliable option at the position as he has had double-digit points and a score in each of his last two games. He now faces the Bills, who have allowed the most receiving yards and receptions to the position.

Akins emerged as the Texans top target last week against New England. I look for the targets to be there once again as both Randall Cobb and Kenny Stills will miss the game. Akins could be a viable start as he gets the Lions, who have allowed double-digit performances in four of their last five matchups.

Hooper tied for the team-high in targets last week and has had double-digit performances in three of his last five matchups. Jacksonville has also allowed the most points to the position since Week 5 and are fresh off allowing double digit points and a touchdown to Eric Ebron.

After a phenomenal matchup last week against Atlanta, I had Cook as a start. He saw one target with Taysom Hill under center and proved to be a terrible call. Cook has not seen over three targets in a game over the past three weeks, which also coincides with the return of Michael Thomas. Unfortunately, Cook is nothing more than a touchdown-dependent tight end, and he faces Denver, who hasn’t allowed a score since Week 1.

Even with a new player caller again under center for the Jaguars, look elsewhere besides Eifert. While he did see five targets last week, he has had only one double-digit performance this year.

Good luck in your Week 12 matchups! As always, please follow me @dynastydadmike. I love to talk football and always love to interact with the fantasy football community. I also love to talk about superheroes, movies, and pro wrestling. So, hit me up! Also, make sure you subscribe to the #NerdHerd where you get exclusive content, our new dynasty rankings format, and a bonus podcast. Dynasty Nerds also recently launched the #DynastyGM tool which is a complete game changer in the fantasy industry. We truly are your one stop shop for all your fantasy football needs! God Bless and thank you!