@ethanAwyatt was perfect on his predictions last week! Can he repeat the success, or will he be a one hit wonder? 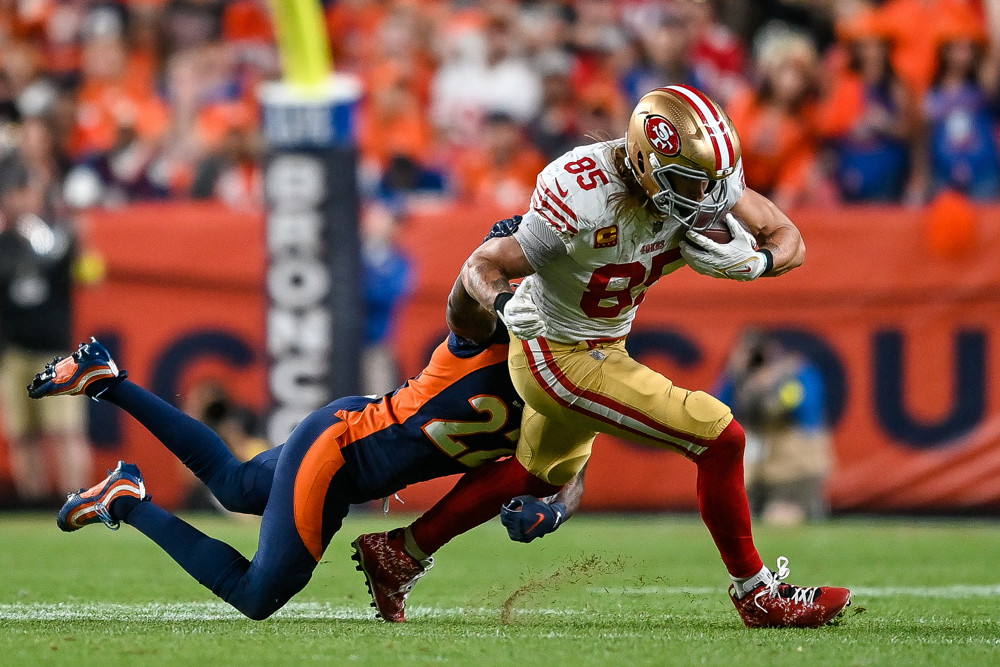 Week 12 was an interesting one for me. I managed to lose just about every fantasy matchup except one or two. However, my predictions were spot on in this article. If I could, I would trade any of those correct predictions for a win. Alas, I’m going to have to just eat those losses.

My lone sit prediction for week 12 was Denver Broncos tight end Greg Dulcich. All the signs (sluggish offense and decreased target counts) pointed toward a bad outing. Still, it was worse than I thought. Dulcich managed only two receptions for 11 yards. Yikes!

My two start predictions had fantastic weeks as they finished top ten in scoring at the position. Cleveland Browns tight end David Njoku got back into the swing of things with 7 targets. Those led to 5 receptions for 29 receiving yards and a touchdown.

Las Vegas Raiders tight end Foster Moreau objectively had a bad game. Yet, he still managed to have a successful fantasy day with 3 receptions for 33 receiving yards and a touchdown.

For a myriad of reasons, Dallas Cowboys tight end Dalton Schultz has had a disappointing season. Things haven’t come together the way fantasy managers had hoped, to say the least. At various points, Schultz lost his starting quarterback to injury while sustaining injury himself. However, there’s some hope.

Schultz is near 100% for the first time since the beginning of the season. Oh, and his quarterback Dak Prescott is back and playing well. If these two things remain true, Schultz could have an amazing end-of-season run starting Week 13 when they play the Indianapolis Colts.

I fully expect Schultz to finish as a top-10 tight end in Week 13!

I know I featured San Francisco 49ers tight end George Kittle in my start predictions a few weeks ago for this article, but I’m doing it again.

Like I said a couple of weeks ago, the 49ers aren’t going to go out of their way to feature Kittle in tough matchups as they have in years past because of the sheer number of weapons on that team. That means you must adjust your expectations and thoughts of Kittle.

I no longer think of Kittle as an auto-start top-three tight end because he can be game-planned out. It’s unfortunate because he has all the talent and looks like an absolute dominant tight end when given a chance to flash. However, I understand why that’s the case.

The 49ers play the Miami Dolphins, who surrender the third most fantasy points to tight ends. What was once a stout defense is no longer. Their pass defense can get torched by any position, but more so from tight ends.

For all intents and purposes, Moreau shouldn’t have been a top-10 tight end in fantasy last week. I predicted it, but he looked below average. In the end, he made up for a few drops with the touchdown catch, so fantasy managers were happy either way.

That does factor into whether you should play him this week, though. Had Moreau come out and looked good or even mediocre last week, he would’ve been on the other side of this article.

However, I can’t recommend you play someone like that. That’s the case even more so if you’re fighting for a playoff spot.

Despite the easy matchup with the Los Angeles Chargers ahead, sit Moreau. I don’t see a path where he finishes as a top 15 tight end, let alone top 10.