The fantasy playoffs are a week away! Now more than ever, you need to get your lineup right. @ethanAwyatt has your back with some tight end predictions for week 14. 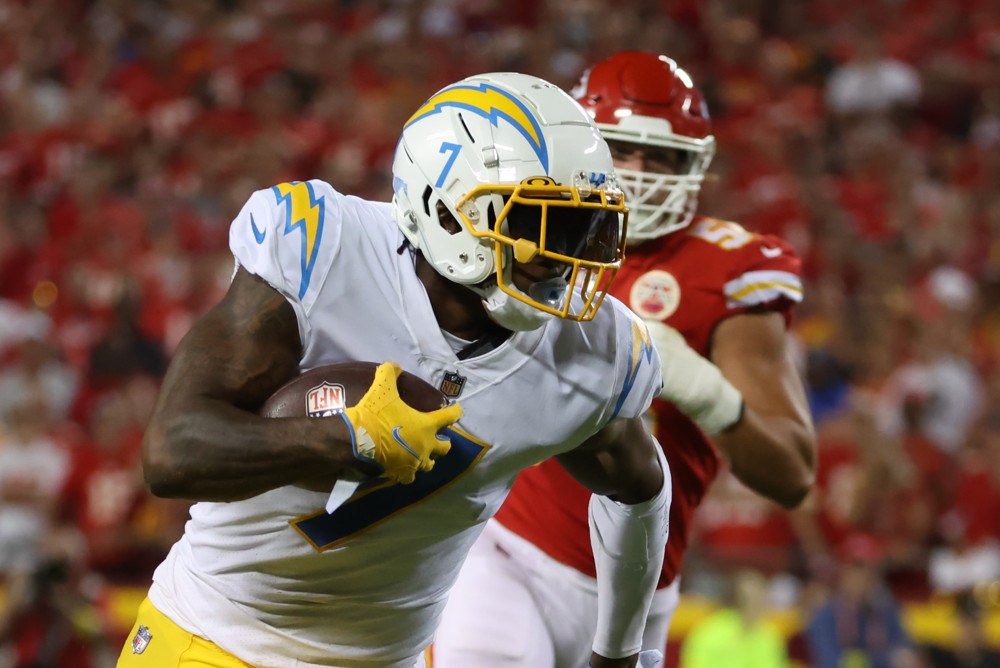 Well… Week 13 couldn’t have gone any worse for my predictions. Let me take that back. It could have gotten worse as I had a lone bright spot. Of my three predictions, which contained two starts and a sit, I only got one correct.

Let’s start with the negative. My two start calls (which some labeled as “obvious”) finished with duds. Dallas Cowboys Dalton Schultz and San Francisco 49ers George Kittle had a combined 5 receptions for 55 receiving yards.

They fell short of ten fantasy points. I can’t be too upset with them, though. The number one ranked tight end in fantasy last week barely eclipsed 40 receiving yards with a touchdown. That can be described as a position-wide disappointment.

The one prediction I managed to get correct was to sit Las Vegas Raiders TE Foster Moreau. He had only three targets that converted into a reception for 32 receiving yards.

That means you can start Patriots tight end, Hunter Henry. That’s a sentence that hasn’t been echoed much since he left the Los Angeles Chargers a few years ago.

Despite another underwhelming season, Henry has shown the ability to produce when the matchup dictates it. Henry has played four games against defenses that rank in the top 15 of points allowed to tight ends. In those games, he’s totaled 13 receptions for 187 receiving yards and a touchdown.

Henry hasn’t been exactly a killer in those games, but he’s put-up points. Now, he playing the worst defense when it comes to covering tight ends. It’s a safe week to play Henry. He should at least provide a baseline of 50 receiving yards with touchdown upside. I expect him to finish top 12 at his position.

Chargers tight end Gerald Everett has had an up-and-down year. At times, he’s flashed exceptional playmaking ability. At others, he’s reminded us why he’s played on three teams in six seasons. Now, the opportunity has all but dried up.

The two oft-injured wide receivers, Keenan Allen and Mike Williams are active and playing. Second-year wide receiver Josh Palmer has come into his own of late and earned more playing time and targets. To sum it up, everything that led to Everett’s early season resurgence has been cleared up. Now, he’s borderline unplayable in a plus matchup versus the Miami Dolphins.

I know they surrender the third most points per game to the tight end position, but they’re also susceptible to running backs and wide receivers. Thus, they don’t need Everett, so you need to avoid him and find other options. There’s no way he finishes inside the top 12 in Week 14.

In two games with Mike White under center, New York Jets tight end Tyler Conklin has delivered mixed results. In their first game together, he caught all three of his targets for 50 receiving yards. Then, in their second game, Conklin caught 2 of 7 targets for 9 receiving yards.

We don’t know the true value White brings to Conklin yet. Well, that’s not changing this week, either. The New York Jets play the Buffalo Bills, who allow the least amount of fantasy points to tight ends.

Not much else needs to be said. You can’t and shouldn’t play Conklin in Week 14. There’s such limited upside that it doesn’t make sense. I don’t see a world in which he reaches 30 receiving yards. That makes you touchdown dependent against one of the best defenses in the NFL.