Tight end is a position with a lot of variance. @Culture_Coach is here to help with you championship decision. 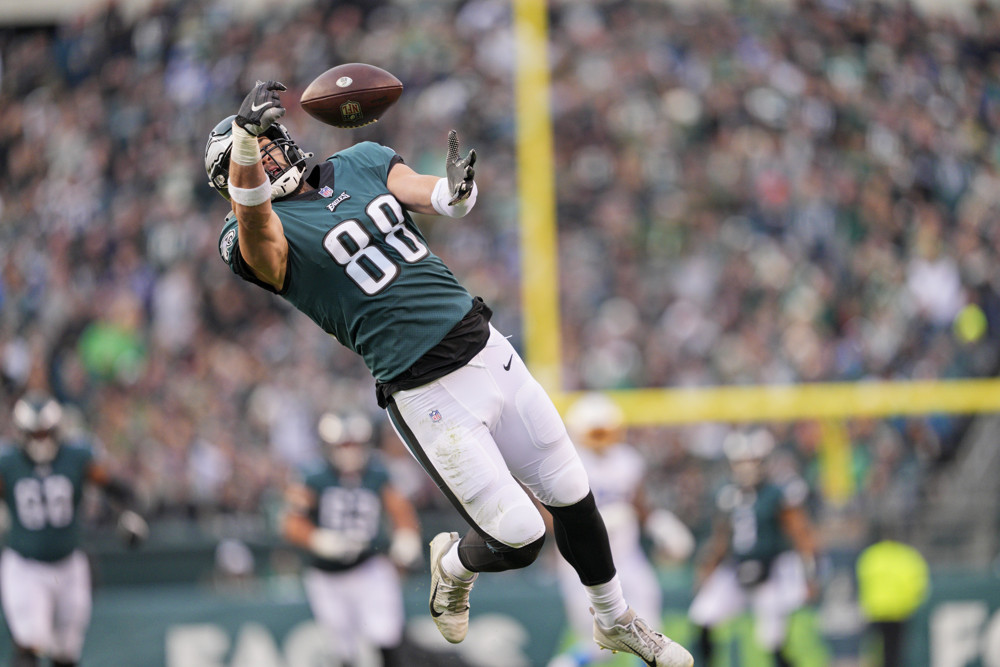 Hey Nerd Herd, what’s up! Dennis here, I subbing in for Ethan this week. Congrats on making it to the finals, I know it wasn’t easy. I’m sure you have been wheeling and dealing to get here. Not all decisions are easy and the Dynasty Nerds team is here to help you out.

The 2022 season has been one of self reflection and moral victories. That is not necessarily good for fantasy. Still, as the Bears careen toward the #1 pick in the 2023 NFL Draft There is a bright spot or two.

First, quarterback Justin Fields has been electric. After a slow start, offensive coordinator Luke Getsy tweaked the program to better fit Fields skillset. One of the biggest beneficiaries has been Cole Kmet. The young tight end in on pace to lead the team in targets, receptions, receiving yards, and touchdowns. Albeit, on a low volume passing attack.

Kmet has turned into Fields safety valve, able to find a hole in coverage when protection starts breaking down. The athletic tight end has a 72% catch rate on a 20.5% target share, with five touchdowns. Look for Kmet to outpace his TE11 ranking in Week 17.

In Week 17 the Bears will match up against the Detroit Lions who are tied for most touchdowns given up to the tight end position and give up the sixth most fantasy points to tight ends.

It has been a roller coaster year at the quarterback position for the Jets. Through it all, one of the constants has been tight end Tyler Conklin. The veteran tight end is second on the Jets in targets (77), receptions (50), receiving touchdowns (3).

In Week 17 the Jets are matched up with the Seattle Seahawks. The Seahawks give up the most fantasy points, third most receiving yards, and fifth most touchdowns to tight ends. It looks like a recipe for success for Conklin and folk hero quarterback Mike White.

Goedert makes a return to the sit list for the second straight week. Last week he checked in six sots below his ranking and I thin we are in for more of the same in Week 17.

Goedert’s 12.3 points per game ties him with Andrews at TE4. As the Eagles try to maintain the #1 seed in the NFC, they are matched up with Saints in Week 17. The Saints give up the third fewest receptions, the fewest yards, and third fewest touchdowns to tight ends.

The Eagles scored 40 points and attempted 40 passes in Week 16 against the Cowboys, yet Goedert earned just three targets. With weapons like AJ Brown and DeVonta Smith backup quarterback Gardner Minshew does not lack options. I’m not saying sit him for guys like Donald Parham or Eric Tomlinson, but if you have a TE1 option I’d start that player over Goedert.