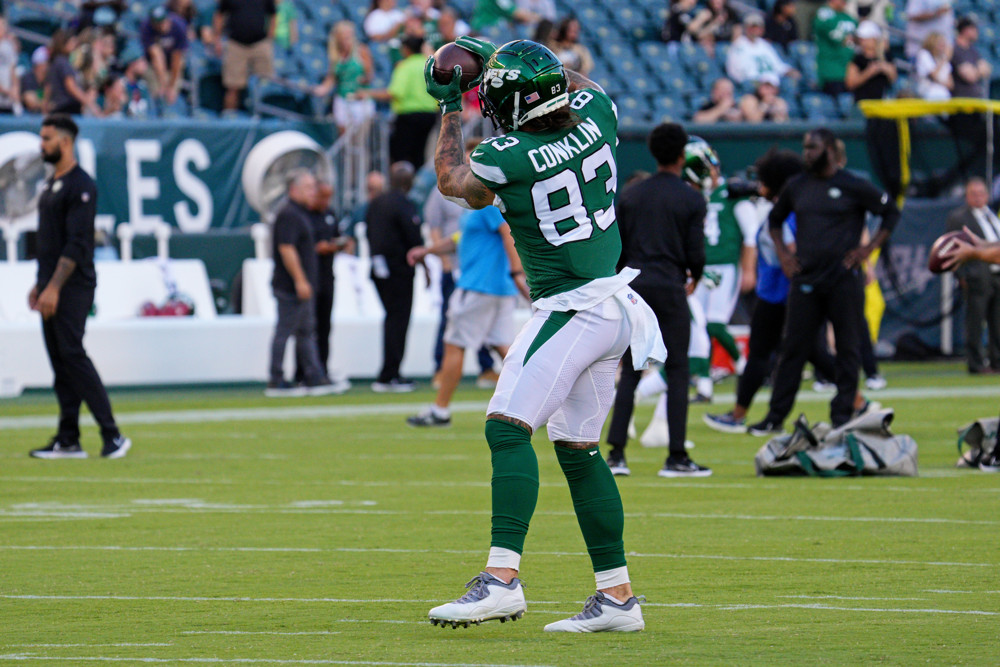 Again, outside of one player (damn you, Zach Ertz), my start/sit calls were pretty good in week 4.

You can probably guess by now, but the one player I missed last week was Ertz. The Arizona Cardinals tight end hauled in six catches for 47 receiving yards and a touchdown. He looked good as well, which is quite the contrary to the Cardinals’ offense. I made a mistake making deciding to make him a sit.

Detroit Lions TE TJ Hockenson and Pittsburgh Steelers TE Pat Freiermuth had great games for their respective teams. Hockenson went nuclear and had 179 receiving yards and two touchdowns. It doesn’t get better than that.

Cleveland Browns TE David Njoku had a good game in week four. The Atlanta Falcons couldn’t cover him. Alas, he did lose a fumble that made him finish with less than ten fantasy points. Thus, this sit decision wound up hitting.

On to week five, where I look to continue my success.

If you have Goedert, odds are you aren’t sitting him. So far, he’s had an excellent start to the year.

The Philadelphia Eagles’ tight end has amassed over 60 receiving yards in all but one game. Also, he’s received more than four targets in every game. Goedert’s not only getting the target volume he needs, but he’s performing with it.

Next up on the docket for Goedert and the Eagles are the Cardinals. Their defense surrenders the second most points per game to the tight end position, behind only the Seattle Seahawks. With the expected volume and relative efficiency in 2022, Goedert is a smash start in week five. Buckle up; he has a chance to do what Hockenson did last week.

This can only be classified as one thing: a swing for the fences. Against the Steelers, New York Jets TE Tyler Conklin had three receptions for 52 receiving yards. Also important, he was targeted five times.

Heading into the Jets’ week four matchup, a lot was made of QB Zach Wilson returning from injury and speculation of where the targets would go. Most people wrote off Conklin and assumed the targets he received from QB Joe Flacco would evaporate.

However, Wilson still looked Conklin’s way quite a bit. Now, Conklin has a cake matchup against the Miami Dolphins’ defense. The Dolphins have surrendered the ninth most points to the tight end position in 2022. That includes a performance that allowed Cincinnati Bengals TE Hayden Hurst to eclipse ten fantasy points.

I struggle to see a world where Conklin doesn’t eclipse that mark in week five. He’s another smash start this week.

It’s evident that I love Freiermuth. The name, the play on the field, and the excitement of what the future holds all have a special place in my heart. However, we must be realistic this week. Freiermuth is facing one of the toughest defenses for the tight end position.

The Buffalo Bills have surrendered the third lowest amount points to the position. With a rookie quarterback making his first career start, you should sit Freiermuth. There will be plenty of opportunities to play him and bask in the glory. This week isn’t the time for it.

Who knows, maybe I’m wrong, and the talent wins out and feasts on this luscious defense. I’m not betting on it, though.

Somehow, Higbee continues to be relevant despite not being very good. QB Matthew Stafford seems to love looking Higbee’s way despite having two hyper-talented wide receivers outside.

This week, things will be different. Higbee and the Rams face off with the Dallas Cowboys in week five. The Cowboys, much like the Bills, have been solid against tight ends. That’s not the only reason Higbee shouldn’t be played. Cowboys CB Trevon Diggs has become an elite corner in 2022. He’s no longer giving up an astronomical amount of yardage but picking off passes to bail himself out. Diggs is shutting wide receivers down.

With that said, I expect he’ll primarily cover WR Cooper Kupp. This is finally the week where Allen Robinson breaks out with the Rams. I expect a large game to come his way and an absurd number of targets.

All-in-all, sit Higbee because this is Robinson’s breakout game.