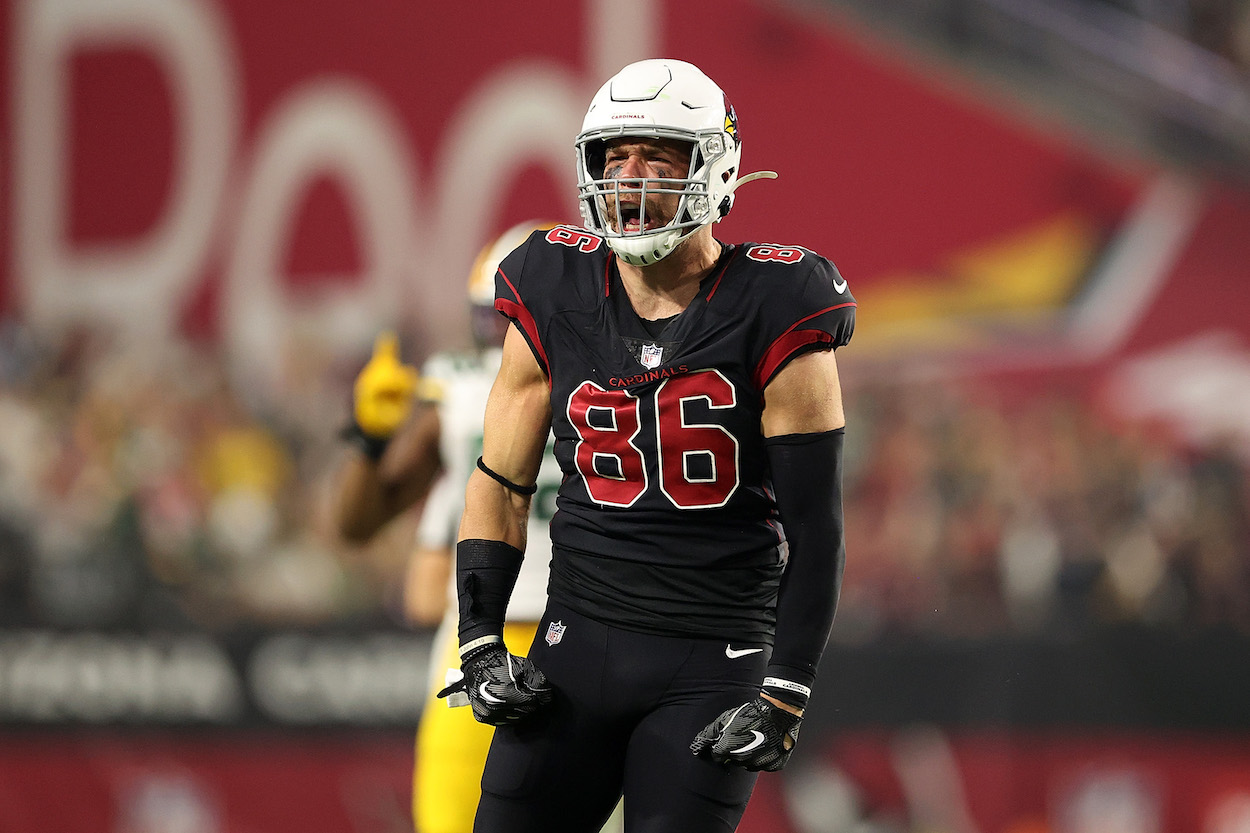 It is easy to get caught up in each moment throughout a season. Guys break out and fall off out of seemingly nowhere. Now that we have time, let’s do a dynasty season rewind and revisit some of the trendy names from last year.

This article uses 0.5 PPR and four points per passing touchdown.

Amid Deshaun Watson’s forced hiatus, the Houston Texans needed a quarterback for their 2021 campaign. Tyrod Taylor started the first two weeks but hurt his hamstring opening the door for Davis Mills. Mills, a third-round rookie, saw his value spike when he became the interim quarterback. After three straight lackluster performances, he put up a monster game (312 yards passing with three touchdowns) against New England. In 11 starts, Mills turned in four Top-12 performances.

So what should fantasy managers do with Davis Mills? He’s a fringe roster player in standard leagues. Youth is a clear plus and the Texans will likely face negative game scripts next year as well. Mills is a QB3 and a hold for the offseason.

Here is an instance where a player demands headline coverage for a week before vanishing. Mike White popped off in an upset win over Cincinnati in Week 8. Unfortunately for the 26-year-old, there’s a younger man in charge in Zach Wilson. In dynasty, and especially superflex formats, even a hint of a young starting quarterback merits attention. Some teams might have even spent a sizable chunk of FAAB on Mike White just hoping the Wilson experiment fails.

Mike White is a reminder of the fragility of some sparks. Not only did he put up a stinker in Week 10, his only other start, but White isn’t primed for real playing time in the foreseeable future. He is unrosterable in standard leagues and only worth a spot in deep superflex leagues.

Sometimes, surprise players arise and become hot commodities at an unexpected point in their careers. 27-year-old Derrick Gore finally made it after four separate practice squad stints. He first appeared in Week 7 before taking a bigger role after a Clyde Edwards-Helaire injury. Gore averaged about five yards per carry with no more than 31% of snaps played in any game. He also had to compete with Darrell Williams throughout the year for snaps and touches regardless of CEH’s health.

The lesson to take away here is on handcuffs. Traditionally, having a backup running back can be useful in dynasty for contending teams. However, not all backups that pay off are young guys with lots of potential. Gore is a tough player to invest in but was a FAAB-worthy flash in the pan.

Like the running backs above, the biggest boomers in dynasty are the guys who see opportunity after injuries to teammates. Khalil Herbert saw probably the biggest rainbow in value after David Montgomery’s injury. Barely taken in rookie drafts, Herbert was the guy to add from Weeks 6-8. He averaged over four yards per carry with two Top 12 finishes. Then, went Montgomery got healthy, his value crashed back down to strictly future potential.

Herbert represents a few different ideological quirks. For starters, as a late-round pick in rookie drafts, his story can help to validate the value of later picks. Remind your trade partner or yourself that some darts appreciate in value fast. Additionally, just because a player loses value in the short term doesn’t condemn them. Herbert is still an elite backup with a long-term upward trajectory. He is easily the most intriguing player on this list.

One of the last surprises of the season, was 26-year-old Braxton Berrios of the New York Jets. He scored touchdowns in each games Weeks 15-17 including two in Week 17. His career this far has been unremarkable finishing as a Top 80 receiver for the first time this season.

For championship teams, there is a slight urge to stay loyal to guys who pulled you through. Any team that started Berrios down the stretch saw huge dividends on their boldness. Now, though, it is time to sever that tie. The Jets’ receiving core is healthy again and it is time to rebuff your roster. Berrios might have a big week or two in 2022 but he isn’t worth the roster spot.

One of the first scorching surprises of the season was KJ Osborn. The receiver for the Vikings opened the year with back to back 75+ receiving yard performances. In many leagues, he may have been the first big FAAB acquisition of the year. After the Vikings’ Week 7 bye, Osborn had a five game slump before stepping up big for fantasy managers down the stretch.

The best lesson to take away here is to be protective of big FAAB assets. Osborn’s peak value was probably early in the season but since he is only 24, he was worth holding. The only wrong way to go about him would have been to drop him during/after his slump. Now, he has some trade value again but still the same ceiling as his Week 2 self. Either way, if you dropped a big chunk of change to acquire him, you want that return in either points or trade value.

The only thirty-something on this list saw a jolt in value after being traded from Philadelphia. In his 11 games with Arizona, Ertz saw 9+ targets six times. Additionally, he turned in a Top-12 tight end season for the fifth time since 2016. Even in an offense with other skilled weapons, the quarterback boost mattered for Ertz’s opportunities.

Sometimes we account too much for age and prematurely discredit some players. The long-term outlook for Ertz isn’t fantastic but that doesn’t make him valueless. He’s a great depth add for teams trying to get rid of a low TE1 or TE2 for increased draft capital.

In his time with the Chargers, Hunter Henry constantly teetered on the TE1 bubble. He was a reliable pass catcher with a consistent target floor. Coming into the season, it seemed like Henry would vie with Jonnu Smith for the job. Henry clearly outpaced Smith in the passing game including a stretch of seven touchdowns in seven games. After that tear, he only put up two Top-12 performances in seven games.

Because of high ownership numbers, Henry was not a waiver add. However, his value was at its peak in Weeks 10 and 11 and has since regressed to preseason ranks. His hot stretch was built on touchdowns with low volume making him a sell candidate at the time. Now, he might be a buy-low candidate for teams that are waiting for younger tight ends to develop.