In a world of Buy Low/Sell High, @CoachStevenP brings you 4 rookie worth paying the price for. 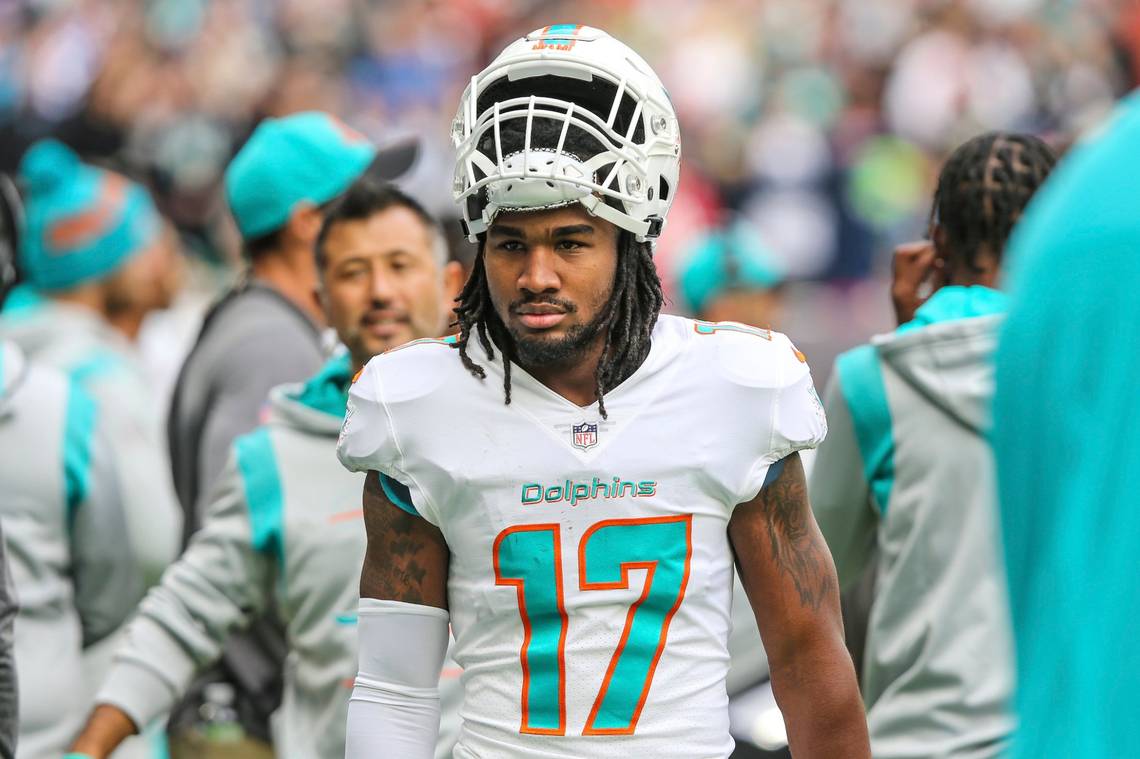 It’s the time to go out and buy Jaylen Waddle in fantasy football. The flashy rookie has been used all over the field and has been a solid WR3 in fantasy. In 11 games so far, Waddle is averaging nine targets for six receptions and 58 receiving yards. He has yet to have his big game in the NFL, like fellow rookie JaMarr Chase & Devonta Smith. Waddle sees a significant workload as a rookie, and it has resulted in being sixth in the league in targets and fifth in receptions. While the Dolphins offense isn’t playing to the hype we had in the offseason, they should continue to grow as the season goes on.

If an owner is willing to give up Waddle for a 2022 1st round pick, you should explore that trade. Waddle should continue to grow with Tua Tagovailoa and hopefully be together for years to come. There is still a possibility that Deshaun Watson will come to town, which would boost Waddle’s stock even more. Even All-Pro defensive back Marlon Humphry praised Jaylen Waddle after their week ten matchup. Waddle is the guy you want in dynasty.

It’s tough being in the same draft class as Kyle Pitts, but don’t overlook Pat Freiermuth. Freiermuth landed in a great situation in Pittsburg. His game molds after the once great Health Miller with more upside in the receiving game. Since Juju Smith-Shuster went down, Freiermuth has been great for fantasy football. He has been second on the team in targets and has averaged seven targets per game. He continues to be a dangerous red-zone threat for the Steelers with 11 red-zone targets over the last four weeks. He is currently second among tight ends with red-zone targets and twelve in receptions and catch rate.

Freiermuth is a tight end worth buying into with even a late first-round pick in TE premium leagues. You may even be able to sneak out a second-round pick in some leagues still. While Feriermuth’s quarterback future is cloudy, I have faith that he will be at least the third option in the Steelers’ offense moving forward. Juju and Eric Ebron are likely to depart after this season which also helps his cause. I’d expect the Steelers to clean the quarterback room if Big Ben does retire. We all know Ben has been average at best, so his situation can’t get any worse than it currently is.

Finally, the Elijah Moore hype is coming to fruition after his fantastic Week 11 performance. Since the Jets bye week, Moore has led the team with 37 targets and has put up a top 36 or better performance since. In two of the last three games, Moore has been a WR1 in fantasy football. Moore has an electrifying receiver coming out of college with speed and route running to blow away defenders. His current 17 game pace season has up 85 receptions and over 1100 receiving yards with double-digit touchdowns. That’s something that a Jets receiver has done since Brandon Marshall-type days. The one concern is that he hasn’t done it with second overall pick Zach Wilson yet, but we’ll see in week 12 how dangerous they can be together.

While Moore was a high 2nd pick round in most drafts, that likely won’t do it for the owner who drafted him. If you are willing to give up an older vet or a 2022 1st round pick, get yourself some Moore! Not all rookie receivers can come into the league on day one, so Moore just needed some time. Wilson should continue to develop after his poor start, and having a healthy Moore should make them both better for fantasy. Moore should be a receiver that we are talking about as a top 15 receiver for many years to come in fantasy football.

Last by not least is Javonte Williams with the Denver Broncos. Williams has suffered the committee approach the Broncos are taking with parking him with Melvin Gordon. Williams has flashed at times this season with 650 all-purpose yards this year. He is 20th in rushing yards and 10th in breakaway runs currently. If you’ve watched a Broncos game, you’ll question why Williams isn’t getting the ball more since there have been plenty of times he almost breaks like a 50-yard rush so often. Gordon is seeing as many touches and continues to see the scoring opportunity.

As I mentioned many times, rookies usually see an uptake in usage after their bye weeks. Well, William is coming off his bye, and I expect Williams to thrive the rest of the season. Gordon will likely be gone after next season, so Williams should see an increased workload in 2022. Hopefully, the Broncos will find a new quarterback to help take the pressure off of the running game next season. Williams should be someone you pay up to buy now.

Start the holiday season off right with 25% off memberships and merchandise sitewide at DynastyNerds.com when you use code Black-Friday.