The 2022 RB class is shaping up! Find out who @tristancook_ has as his RB1 and who could be value picks later your draft! 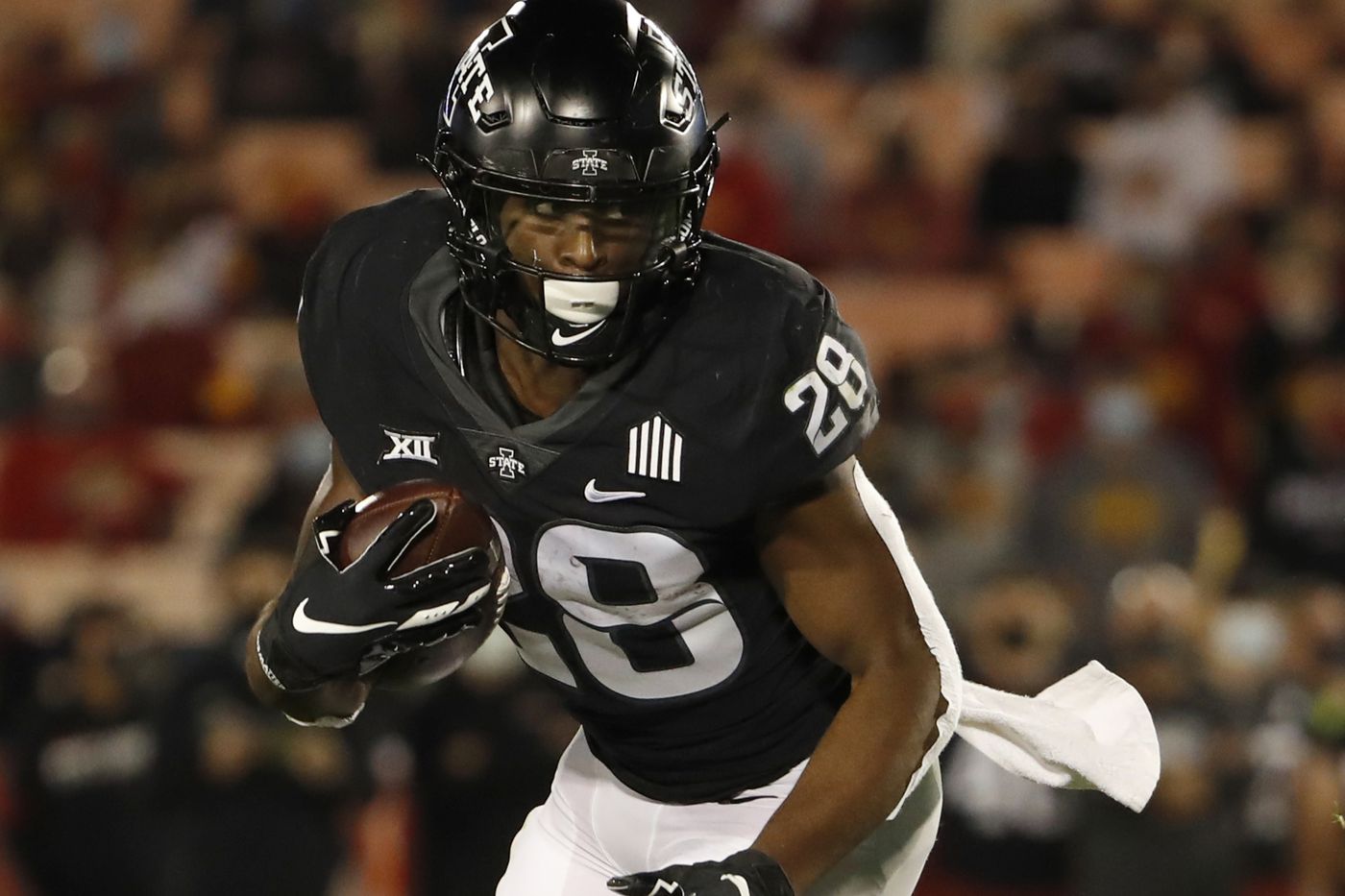 This 2022 RB class has a chance to surprise people. It isn’t going to be as highly touted as some of the previous RB classes, but it has a chance to be a very deep class. We don’t have any elite, stand-out prospects, but that doesn’t mean there can’t be good players in the class. There are 10-12 guys that could be solid dynasty assets or better. They obviously won’t all get there, but there’s a lot more depth to this class than many people realize. There’s still time for surprises with players deciding to return for another season, but this list is based on what we know now. Finally, my rankings are likely very different from other ones you’ll see. We can take from this class that there isn’t a consensus RB1.

I came into this season with Hall as my RB1 in the 2022 class, and that hasn’t changed. However, the gap between the top RBs in the class has gotten smaller. Hall led the nation last year with 1572 rushing yards and was second with 21 rushing TDs. His 2021 campaign has been nearly as impressive. Breece currently sits at sixth in rushing yards and is one TD off the rushing lead. He’s been a beast in college and is still firmly my RB1.

Hall’s best traits are his vision, patience, and explosiveness in the hole. He shows quickness and elusiveness in short areas and plenty of burst to get through the hole. He reminds me somewhat of Le’Veon Bell in how he waits for his blocks to develop before making his cut. Hall shows the epitome of slow to the hole, quick through it. The biggest concern I have for him is his top-end speed. We know that top-end speed isn’t the end-all trait for RBs, so he should be good as long as he tests alright.

My next RB is Texas A&M junior Spiller. Despite not having him as my RB1, I am a big fan of Spiller. He has good size and certainly knows how to use it. Spiller is an incredibly physical runner, as he will routinely lower his shoulder and deliver the blow. He also possesses good skills as a receiver and blocker, which will help him stay on the field at the NFL level.

My biggest concern and the biggest knock on Spiller is his top-end speed. He has good short-area quickness and burst but doesn’t have the top gear that you like to see. If he can run a respectable 40-yard dash time, it could end up boosting his draft stock pretty significantly.

My RB3 is Notre Dame’s junior RB, Williams. This ranking might surprise people a bit, but there isn’t much about Williams’ game that I don’t like. He has good vision behind the line. Once he spots an opening, he has good quickness to the hole, and plenty of burst through it. Potentially his best trait is his ability as a receiver. Williams is challenging to take down in space. And, unlike Spiller, Williams has a top gear to run away from defenders. I think I’ll likely end up being higher on Williams than many people, but that’s ok.

Undoubtedly, my most controversial take will be Walker at RB4. I think he could end up moving up to RB3 after the pre-draft process, but I don’t see him passing Spiller or Hall for me. There’s no doubt that Walker has looked good, but I’m not overly impressed with his athletic ability. He’s shifty and quick enough to evade defenders and stay on his feet when he’s hit but doesn’t do anything at an elite level.

We have all seen the incredible year that K9 is having, but I’m not ready to anoint him as the RB1 based on that. He’s one of the few players I’m invested in his athletic testing numbers from the Combine and/or MSU’s Pro Day. I usually don’t put too much stock into numbers, but I’m quite curious about his. He doesn’t need to run a blazing 40, but I want to see his overall profile.

Rounding out my top five RBs, we have White from Georgia. There isn’t any question in my mind about Zamir’s talent or abilities as an RB. The biggest hurdle he has to overcome is the medical testing and checks by NFL teams. If you aren’t familiar with his history, the man they call “Zeus” has had multiple catastrophic knee injuries. He has overcome a lot to get back on the field, but he didn’t stop there.

My ranking of White as RB5 assumes he gets a clean bill of health from teams at the NFL Combine. He was an incredibly highly touted recruit, and when he’s been on the field, he has shown nothing to question his ability. White has as much talent as any RB in this class, but we have to somewhat account for his injury history. My top four RB rankings are pretty close to locked, but this fifth spot could fluctuate.

The critical thing to take away from this class is that there isn’t much separation between the top backs. I’ve seen Charbonnet ranked as high as RB1 or lower than I have him here at RB6. Charbonnet has bounced back quite impressively after transferring to UCLA from Michigan. He is a strong back that can run well behind his pads. But, his biggest weaknesses are speed and lack of elite athleticism. I’m not saying he couldn’t be good at the NFL level; he’s not the most athletic RB prospect.

My next RB could also be somewhat controversial. I have Gray as my RB7, although he’s had an underwhelming season. There’s a real possibility that he ends up returning to Norman for another season. However, if Gray decides to declare, I think he has a chance to be an incredible value. He’s been overshadowed by Kennedy Brooks, but I think Gray’s game translates better to the NFL.

My next RB is Minnesota’s Ibrahim. He, unfortunately, suffered a horrific season-ending injury in the season opener against Ohio State. Ibrahim was on his way to a spectacular night before the injury. There were high hopes for Ibrahim, and I think he would have been much higher on this list if not for the injury. It looked like an Achilles injury. However, the team announced it as an “unspecified lower-leg injury,” and I don’t pretend to be a doctor, but I’m not sure why the lack of clarity. Regardless, he’ll have to prove he’s healthy and looking like his old self.

Ingram, the Texas transfer, is my RB9 right now. The bottom half of my top-10 RBs is very fluid. Ingram transferred to USC this year after losing the starting job to Bijan Robinson. But that’s not a knock on Ingram because Bijan Robinson is one of the best RBs in the country. Ingram has made the most of his opportunity this year for the Trojans, and I think he could be a sneaky value if he ends up in the right situation.

Rounding out my top-10 RBs, we have ASU’s White. I have seen him drafted incredibly high in mock drafts, and I understand why. White is incredibly difficult to tackle and a weapon out of the backfield. As we get closer to the NFL draft, I wouldn’t be surprised to see White move up my rankings a bit. I’ve only watched a little bit of his tape, so I don’t want to get too far ahead of myself.

Admittedly, I haven’t watched much film on either Price or Strong. I plan to and wouldn’t be surprised if they find their way into the middle of my top-10 somewhere. But, I don’t want to rank them preemptively, so I will mention them here. I know many analysts are very high on both, including ESPN’s Mel Kiper. He has them both in the top-6 in his latest RB rankings.