Jashaun Corbin declared for the 2022 NFL Draft do not be in a hurry to add him to your dynasty teams though. 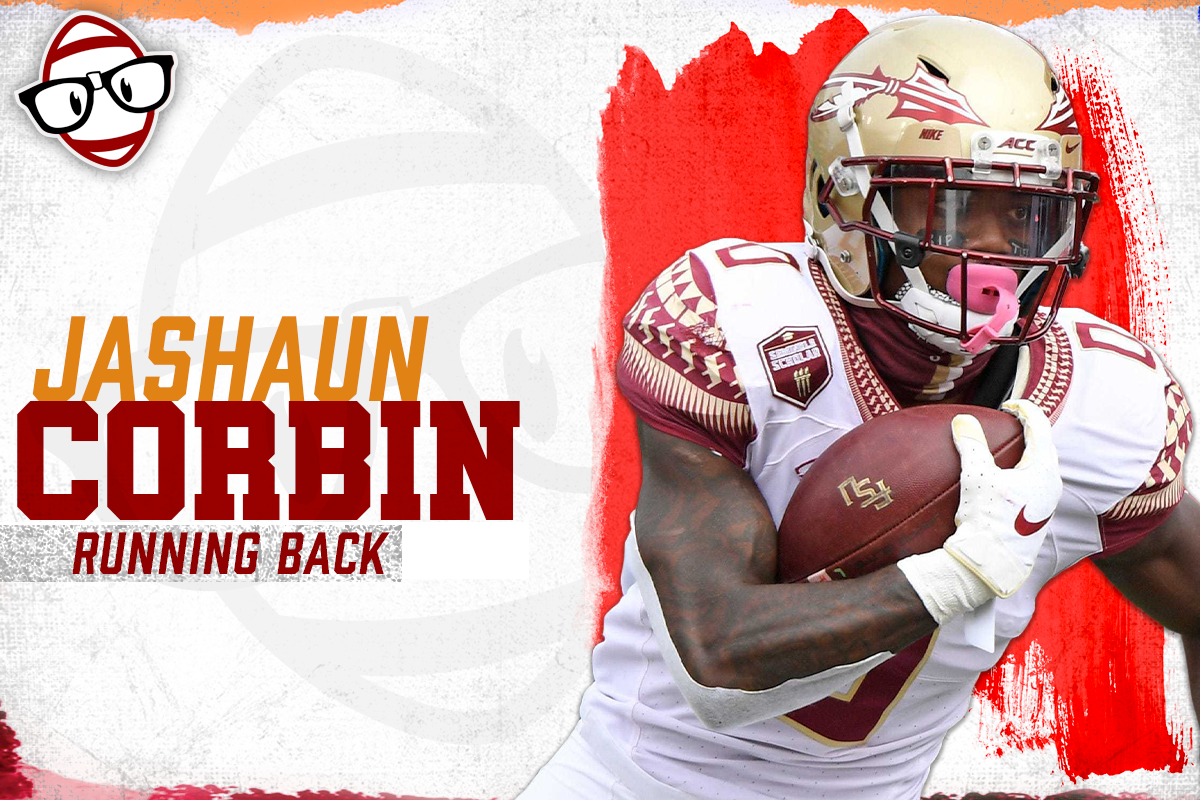 When you are a contending dynasty manager, especially those of us who operate in a deep roster league such as I do, you should always be on the lookout for usable running back depth for your team. Especially if the cost to acquire the player is low, then there’s a benefit to putting a few different rookie RBs on your depth chart. The NFL went to a 17-game schedule in 2021, and the rumor is they would eventually like to operate on an 18-game schedule. The 17-game season and extended fantasy schedule put a tax on my depth philosophy, and I’m sure yours.

By mid-season, I didn’t care who they were, and if they were healthy, they were in. The 2022 NFL Draft features more complementary running backs than potential starters.

Jashaun Corbin is one of those complimentary backs that should find a home in the NFL as a part of a committee-style backfield. He could serve as a clear number two option on a depth chart, and he likely won’t present a threat to even an average starting RB.

Corbin was a 4-star recruit and the 16th ranked running back from Florida in the 2018 recruiting class. The list of schools that offered him a scholarship is pretty impressive.

He began his collegiate career with Texas A&M after graduating from Holy Trinity Episcopal Academy in Melbourne, Florida. Jashaun Corbin played two seasons for the Aggies before transferring to Florida State University.

Corbin was the backup to Trayveon Williams in 2018. He only saw action when Williams needed a breather averaging just over five carries a game. Unfortunately, Corbin suffered a significant hamstring injury during the 2019 season and missed most of the year. When Isaiah Spiller joined the program, perhaps Corbin saw the writing on the wall and decided it would be best to go to Florida State. Once again, he found himself in a backup role. This time it was to Cam Akers.

2021 Finally gets the chance to start

Corbin showed a good amount of patience with having to wait so long. As a whole, the results are substandard as he only averaged 73.91 yards per game. He did manage to rip off a pretty big run that we’ll break down later.

Corbin catches the Fighting Irish defense off guard on this play. His receiver boxes out Kyle Hamilton with a nice seal block.

First, the QB does a great job of selling the keeper, which causes the defensive ends to crash down. The right inside linebacker blitzes, making it difficult to see who was responsible for gap contain on the play. The remaining ILB succumbs to a reach block by the guard, who gets enough of him to knock him off.

The outside corner has to seal that edge off, and he doesn’t. He tries to run around the block and winds up grasping at air. Hamilton is slow to react to the play, but he’s not totally to blame. None of the defensive players on the other side of the field stayed in their gaps.

That allowed Corbin to home run the golden domers on this particular play. Not good enough on team defense at all.

Corbin is running out of the wildcat formation here. The Notre Dame pass rush gets picked up by the right guard and right tackle, who seals up the right side. This allows Corbin to cut back on the play and pick up the first down.

As a developmental project, Corbin is the type of player I would add to a taxi squad. That way, there isn’t the trap of a draft pick investment that you feel forced to hold onto. If your league does not have a taxi squad, you can add him to your watch list. If it doesn’t materialize for him, cut bait and move on with very minimal investment in him.

Corbin would probably do pretty well in a league like the USFL/XFL. He doesn’t possess enough explosion to be a featured NFL running back.