The Steelers are builidng a young nucleus on offense – adding Kenny Pickett and George Pickens to Najee Harris and Diontae Johnson. What can we expect from the offense in 2022 and for dynasty? 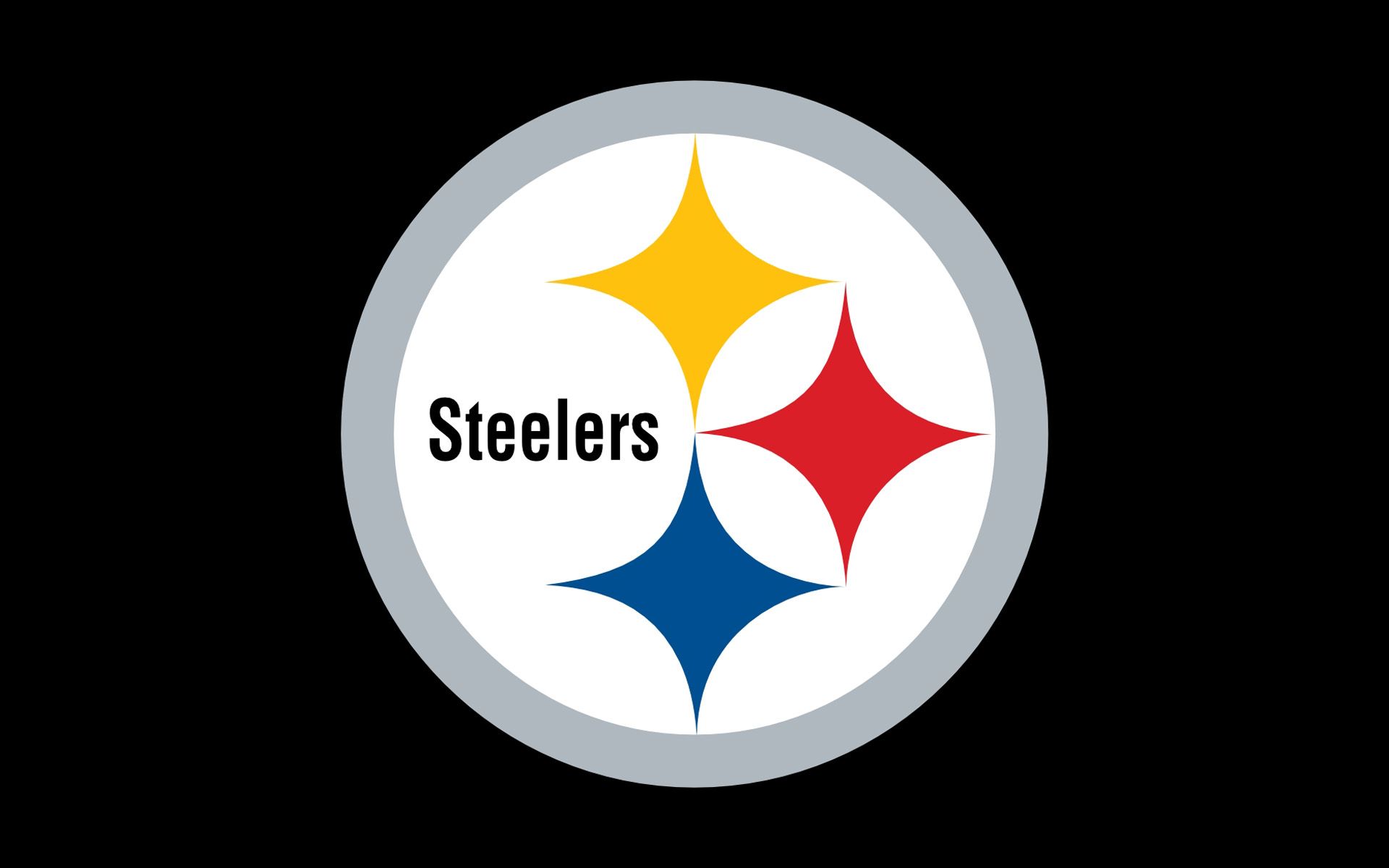 The Pittsburgh Steelers have always been a hub for reliable fantasy options in the past years. The Steelers will be entering a new era following the retirement of Big Ben Roethlisberger. @WooLee_FFB will break down how the fantasy options on the Steelers stack up for the upcoming 2022 season.

The Pittsburgh Steelers had a disappointing offense, to say the least, in 2021. However, this was mainly due to Big Ben being unable to stretch defenses in the passing game. For fantasy, there were a lot of bright spots. Najee Harris came in and produced a 1,200-yard season while scoring seven touchdowns. Dionte Johnson also had a productive season, finishing as the WR8 in all fantasy football. The Steelers signed and drafted new players this offseason. After Big Ben retired, the Steelers signed Mitchell Trubisky and drafted Kenny Pickett to replace the future Hall of Fame Quarterback. The Steelers added George Pickens and Calvin Austin to a loaded WR core. The Steelers have a ton of value for fantasy in 2022, and here is a breakdown of the Steelers’ offense in 2022.

With all signs showing that Trubisky will head into the season as the starter, he is a sneaky option in later drafts. Trubisky is a mobile QB that lacks accuracy when throwing the football. Although this may seem like a bad option for real-life NFL, it does not necessarily mean it is a bad option in fantasy football. Head Coach Mike Tomlin will look to maximize Trubisky’s skillsets and abilities. Trubisky will have the opportunity to improvise with his legs this season. Although Trubisky will start as the starter, one bad performance may get him benched for the promising first-round rookie Kenny Pickett.

Trubisky could be a solid QB2 with an upside of a QB1 fantasy option, but dynasty managers should keep in mind that he could lose his job at any moment in the season. For dynasty implications, Trubisky is an excellent, cheap win-now option. Trubisky could give dynasty managers a solid six to ten weeks before inevitably losing his job to the rookie. A nice asset for win-now dynasty rosters and a huge sell for draft picks for rebuilding rosters.

The Steelers seem to be locked in as Trubisky as the starter to open the 2022 season. This means the first-round rookie out of Pitt will have to wait until he gets his chance. Though if given the opportunity to play, it would be because of Trubisky struggling or of an injury. This means it will only be a matter of when Pickett will get his chance and eventually take over the starting signal calling duties for the Steelers. Currently, he is a nice stash for many dynasty rosters. For fantasy, if he gets the opportunity, he should be a solid QB2 option with a low-end QB1 upside in 2022. Pickett could be the only QB in this draft to become a franchise QB for dynasty. Considering the first-round rookie draft capital, they may have to invest in obtaining him; it is most likely to hold and see. For all dynasty rosters, Pickett will look to pay off his value in future seasons. Not necessarily in 2022.

The only RB fantasy managers should be considering (baring there aren’t any injuries) on the Steelers is Harris. He came in as a rookie and rushed for 1,200 yards on 307 carries while scoring seven rushing TDs. He also saw 94 targets and was able to bring in 74 receptions. While also adding 467 receiving yards and three TDs. Harris was the bell cow RB for the Steelers in 2021 and is primed to handle the same workload again in 2022.

Although the Steelers had already stated that they would look to reduce his workload in the upcoming season, it shouldn’t deter fantasy managers from believing in another solid RB1 finish in 2022. Though he could see a reduced role, Harris should consistently see a bell cow workload which should still propel him into the RB1 conversation. With the combination of opportunity on the ground and in the passing game, Harris should still have enough work to be an elite fantasy option in 2022. Harris should continue to dominate for dynasty managers looking to secure a championship in the upcoming season. In conclusion, Harris will be great for fantasy in 2022 and is an excellent trading piece for dynasty rosters looking to rebuild for the future.

The Rest of the Backs

With Harris firmly established as the RB1, the RB2 role is a mixed bag of undrafted rookies and returning unproven veterans. Benny Snell has the most experience out of the group but may not be the most talented. Undrafted rookie Jaylen Warren has turned heads in the preseason, and Anthony McFarland has also shown he can be viable for the Steelers as the backup. With Master Teague being cut by the Steelers, it is now a three-way race for the RB2 role. Jaylen Warren is an interesting stash because he has the most upside in the event of an injury to Harris. If possible, it could be wise to pick up both Snell and Warren if roster space permits.

This past season, Johnson was excellent for the Steelers, finishing as the WR8 in PPR formats. He caught 107 receptions on 169 targets along with 1,161 receiving yards and eight TDs. Johnson dominated the short to intermediate routes which ultimately drew a lot of targets from Big Ben. With Trubisky and Pickett under center, Johnson will look to make an impact on a loaded WR core. He should continue to see a healthy stream of targets from both QBs. Therefore, he should be considered the safest option of all the Steelers’ WRs. His dominance in the short to intermediate sections of the field should prove to be effective for both Trubisky and Kenny Pickett. Dynasty managers should expect low-end WR1 production with a top 10 WR upside. With Johnson securing a two-year extension with the Steelers, he should continue to be an elite asset for dynasty rosters after the 2022 season. With the combination of talent and opportunity, Johnson will be a reliable fantasy starter for most dynasty rosters this season.

Claypool has fallen significantly out of favor for the Steelers this past season. He only caught 59 receptions with 860 yards and scored only twice. This was a fall from grace for Claypool, as his total TDs fell from 11 the year prior. However, this was mainly partly due to Big Ben being unable to push the football down the field. With the Steelers drafting rookie George Pickens in the 2022 draft, it seems the writing is on the wall for Claypool. The emergence of Pat Freiermuth last season also doesn’t help Claypool get more targets in a most likely run-first offense. While he could be an interesting asset post-Steelers, it will be hard for Claypool to obtain any significant role without producing in 2022. He could be a solid flex option with maybe a WR2 upside. This optimism is only from not knowing how the offense will look like in 2022, so dynasty managers shouldn’t expect big fantasy production from Claypool in 2022 and beyond.

Pickens is the most intriguing piece of the entire Steeler’s offense. He has shown flashes of elite talent and why he was one of the most talented receivers in the 2022 NFL draft. Pickens is currently listed as the WR3 on the unofficial depth chart for the Steelers. However, it wouldn’t be a surprise if he took the WR2 spot throughout the season. The rookie WR should be able to display his talent, but the question is when and impact for fantasy. With Johnson, Harris, and Freiermuth to have huge roles in the Steelers’ passing attack, the target share is slim for Pickens.

George Pickens is so damn good 😭

On the other hand, Pickens could carve himself out a role in the passing attack. His talent could shine and eventually gain the favor of QBs Trubisky and Pickett. Pickens could range from being fantasy irrelevant to being in the WR2 conversation. For dynasty fantasy football, Pickens could be a sell-high candidate. But if not, he is a great stash for the dynasty. His current upside could reward dynasty managers for drafting him in the second round of rookie drafts. Overall, Pickens could serve as a great fantasy asset in the future. For now, he is a stash or a sell-high candidate for dynasty rosters.

Freiermuth was solid for the Steelers last season. He caught 60 receptions along with 497 yards and seven TDs. Freiermuth had a solid season for a rookie TE. Last season, he proved effective as a safety blanket and a red zone threat for Big Ben. Freiermuth finished as the fantasy TE13 in 2021, and he should improve in his second year. The addition of Pickens and the return of all their weapons should, however, cap his ceiling and his upside. Fantasy managers should continue to expect him to stay within the TE9-13 range. He should continue to have a consistent role in the offense, but he shouldn’t be expected to be an elite fantasy option in 2022. For dynasty, Freiermuth could eventually develop into an elite TE. His situation could completely change within a couple of years. If the development of Pickett goes accordingly, Freiermuth could be an elite fantasy option in the years to come.

In conclusion, dynasty managers have a lot of value in the upcoming 2022 season. Harris should continue his run of another strong RB1 season while Johnson should be a consistent WR1/WR2. Although there are strong options for fantasy managers in 2022, other young players have a ton of upside. Freiermuth, Pickens, and Pickett are promising young players that have the upside to be great fantasy assets in the coming years. The Steelers have a promising young offense and should have much value for fantasy managers in the upcoming 2022 NFL season.

Tracking Translation: Will Pickens Translate Faster than the Rest of the 2022 Receiver Class?
A Grain of Salt – Be Careful with Preseason Player Notes
Black Friday Sale