The 2021 defense tied for ninth in sacks (43), while OLB Harold Landry III (12 sacks) and DT Denico Autry (nine sacks) and DE Jeffery Simmons (8.5) made up the only trio with at least eight sacks each. 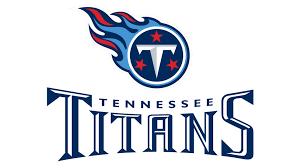 In Shane Bowen’s first season as defensive coordinator, the Titans ranked second in the NFL in rushing defense (84.6). Only one individual rusher accumulated more than 70 rushing yards in a game against the Titans all season. The 2021 defense tied for ninth in sacks (43), while OLB Harold Landry III (12 sacks) and DT Denico Autry (nine sacks), and DE/DT Jeffery Simmons (8.5) made up the only trio with at least eight sacks each. Bowen’s unit also ranked 12th in total defense (329.8 per game), sixth on third down (36.7 percent), and sixth in scoring defense (20.8 points per game) in 2021.

Landry, Simmons, and safety Kevin Byard were all named to the Pro Bowl following the 2021 campaign. Byard was a first-team All-Pro, which tells me he is on to something in Tennesee.

Autry put together a solid campaign that proved why he was worth the money bringing him in from Indianapolis with his nine-sack performance over 17 games. Is the question, does the 32-year-old have it in him for one more year of consistent IDP numbers? In a DT format league, he is a must-start without a doubt. With his underwhelming tackling performances, he is a tough start outside of being a DL3. Make a trade if you need a DT, but his numbers can fall at any moment at his age.

Simmons is a monster in the trenches and is a master of trench warfare. In 2021, he broke out with 8.5 sacks, but I feel he will be in the double digits this season with the supporting cast around him. It also marked his first entire season of all games played. If he can keep his sack numbers up combined with his FF/FR numbers from his rookie year, he is a high-end DL2 and, if not at worst high-end DL3. Make a move for him. If you can, he will pay off.

Dupree looks to settle into his role in his second season with the Titans as an edge rusher. The real question is whether he will be healthy and stay that way, seeing as he has not played an entire season since 2019. He is DL3 until injuries take him over eventually.

Long has yet to log an entire season and will be turned to as a full-time starter on the inside. He has shown flashes over the beginning of his career but has to be healthy to fulfill the Titans’ expectations for him in the middle of their defense. Long stays fit and starts all games. He is an LB2 without a doubt, but if he misses, he is an LB3, unfortunate.

Cunningham looks to return to his 2020 form of 163 tackles that helped land him the starting job in Tennesee. He missed three games in the 2021 campaign which led to the first time he has not amassed 100+ tackles since his rookie season. He is in a better defense than Houston, so he shouldn’t have the tackle numbers like before. I still expect triple-digit tackles and him to be LB2 for the 2021 season. Trading for him may not be accessible if the team is low on the position, but I would at least try to add if you’re in need.

Tennesse resigned outside linebacker Landry to a five-year $87.5 million contract extension with $52.5 million guaranteed. He is a high-end LB2 on the rise in Titan’s defense. The Titans prioritized him when his rookie contract was up after boasting 12 sacks last season. He has managed 31 sacks in his first four seasons and looks only to add to it going forward. Trade or Draft him.

Hooker looks to be the starting strong safety in the Titan’s defense for 2022. He has something to prove after an injury-filled 2021 season where he played only 12 games. Hooker will get his chances inside the box and in coverage with the stout front seven in front of him. He is a DB3 in the majority of formats to help you during bye weeks or injuries, so do not depend on him if you can help it.

Byard is an All-Pro who has yet to miss an NFL since being drafted by the Titans in 2016, and that consistency you want from a low-end DB1/ high-end DB2. He may not get the 100+ tackles, but he will get pass deflections and interceptions with 85 tackles, which makes him a top 12 DB in scoring. I expect six or more interceptions this season with the front seven assembled in front of him.

I believe the AFC South is more challenging than it’s given credit for. Regarding the strength of schedule, the Tennesee Titans have one of the more accessible conferences to compete in before the season starts. They have a guy named Derrick Henry carrying the ball, and the Titans often run and control the clock. They should find themselves in some shootouts throughout a long season, but don’t buy into this defense if you need a lot of points from everywhere.

Get ready for your rookie draft with the DynastyGM!! Rankings, trade calculator, league analyzer, and much more. Just $4.99/month or better yet, bundle with the Nerd Herd for just $6.99/month and get extra podcasts, the Dynasty Prospect Film Room, and more.