The Bucs defense is one of the best in the NFL and are typically in positive game scripts. The linebacker and safety group are two of the best groups in the NFL. What players are we targeting for IDP? 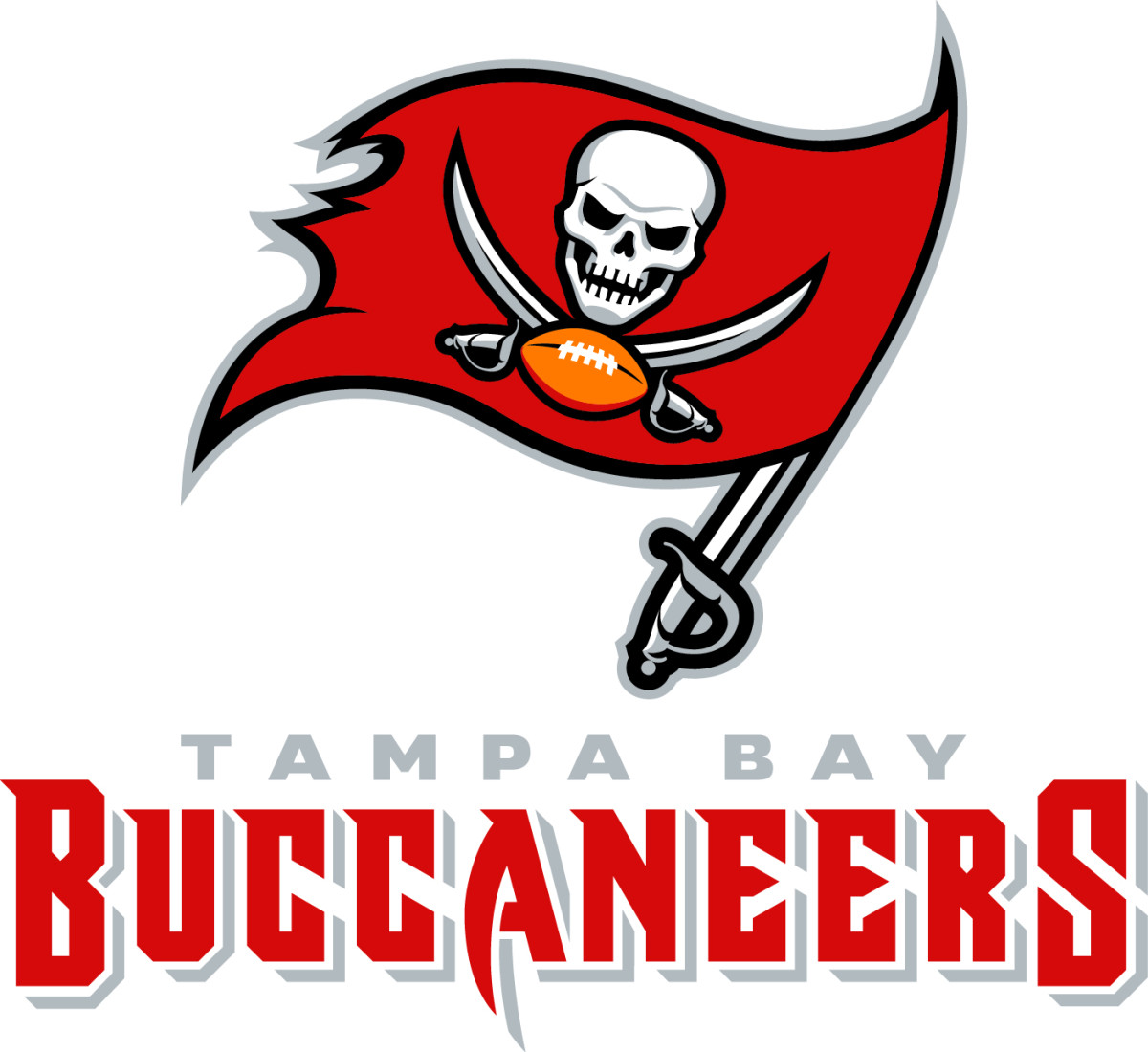 The Bucs fell short of the Super Bowl but fully expect to be making another deep run in 2022 behind a prolific offense and strong defense. The defense allowed the fifth-fewest points per game last season, only 20.8 a game. The rushing defense spearheaded the unit, allowing the third-fewest yards (1,573), and only allowed 11 rushing TDs, the fifth-fewest. Teams often had negative game scripts versus Tampa Bay and had to throw the ball. The defense had 680 passing attempts versus it, the most in the NFL. Despite that number, they allowed 26 TDs, good for 13th fewest, and had 17 INTS, the eighth most.

The team didn’t move much in free agency and didn’t resign veterans Jason Pierre-Paul and Ndamukong Suh. Both are still free agents and could wind up back with the team. The Bucs added a little depth in the draft.

The defensive line has a different look and doesn’t have much IDP production available. Hicks is the veteran brought in to help with the departures of Suh and Pierre-Paul, but he’s not a great asset in IDP leagues. The Bucs run a 3-4, and Hicks is a massive end whose career high in sacks is only 8.5, and he’s nearly 33 years old.

Another dude better for NFL than IDP, Vea anchors the nose spot and he’s one of the better defensive tackles in the NFL. Yet, it doesn’t help us a ton in IDP. If you have to start a DT, he’s an option, though. He had 33 tackles with four sacks, and three passes defended.

I loved Hall coming into the draft, and the Bucs traded back into the second round and selected the former Houston Cougar. Hall is versatile and has great length with an impressive array of pass-rushing moves. He has a great anchor, strong hands, and is powerful enough to play inside but fast enough to play on the end. Hall will likely get into the rotation immediately and be a good IDP asset.

The depth chart is currently incredibly thin on the line. The only other players listed are Rakeem Nunez-Roches, Patrick O’Connor, and William Gholston. Gholston is the only other player worth rostering, but it would be in a deep rosters league, and he’s only a spot start guy.

White just gets it done, and he’s one of the most solid and dependable middle linebackers and our LB5 in Dynasty Nerds’ IDP rankings. White had a down click in sacks last season, dropping from nine in 2020 to three in 2021. He hit the QB 18 times, though, so he was getting in the backfield, and we should see positive regression. White’s overall tackles dropped to 128, and he isn’t going to give you much with the big plays like fumbles and INTs. Yet, he’s just about as dependable and consistent as you can get with tackles and is still only 24 years old.

Possibly one of the most underrated linebackers in the league, David is now in his twelfth season with Tampa Bay and has only missed 12 games in 11 seasons. He has averaged over eight tackles a game and is good for a few big plays too. David is the perfect LB3 for IDP squads, a player you can rely on, and is always good for solid production.

Barrett is your man if you want big plays in Tampa Bay’s linebackers. He had 19.5 sacks in 2019, eight in 2020, and bounced back a bit with an even ten in 2021. He was in on 67% of the defensive snaps last season and chipped in 51 total tackles. Barrett is in his prime, and the Bucs should lean on him more in 2022, and he’s good for sacks and a few forced fumbles for your big-play scoring leagues. Barrett is an excellent LB3/LB4 and can usually be acquired relatively inexpensively.

The other outside linebacker, Tryon-Shoyinka, can also get after quarterbacks and is worth keeping an eye on. In just under 50% of snaps, he had 29 tackles, four sacks, and three passes defended. He plays with tremendous effort and has a nasty bull rush, but he is also effective in pass coverage and could see a more significant role in 2022 and beyond.

Not much depth to report here, but a few names could be IDP assets if the chips fall right. Outside linebacker Carl Nassib returns to Tampa after a few seasons in Las Vegas and had six sacks in each of his previous two seasons with the Bucs. Anthony Nelson had five sacks last season and is mainly an end but has linebacker designation on MFL. Nassib and Nelson are deep bench guys at best. Second-year K.J. Britt and rookie Olakunle Fatukasi from Rutgers give the Bucs some depth in the middle but neither are IDP assets.

Winfield comes in as the DB9 in our rankings and had a phenomenal 2021 despite only playing in 13 games. He had 88 tackles, two INTs, three fumble recoveries, and a pair of sacks. He played strong safety in 2020 and 2021 and is listed as a free safety this season. I don’t know if that will affect his IDP production, but I am being a little cautious. The team also added Keanu Neal, and if Neal plays a lot, it may cut into Winfield’s tackle production.

Edwards is listed as the starting strong safety, which makes little sense to me. He’s got better ball skills and has five INTs in limited playing time over the past few seasons. Edwards can get downhill and make tackles but seems to fit the roving free safety role best. This is likely just a designation, and Edwards and Winfield will move around a lot. I’m not buying Edwards in IDP, and I would only roster him in deeper leagues, but keep an eye on the evolving situation.

Neal played middle linebacker for the Cowboys last year and had 72 tackles in 14 games, of which he only started five. The days of Neal being an IDP stud seem so distant, but finding a spot in this Tampa Bay defense could spark a boom again. Our staff has him at DB20, so they are on board. Neal is a thumper; he gets all over the field and loves to hit. I’d love to see him get a resurgence, and Edwards is a free agent after the season – maybe he’s found a new home in Tampa Bay.

I don’t love either of the starting corners for IDP, Jamel Dean and Carlton Davis III are solid players but not consistent producers for fantasy. Sean Murphy-Bunting plays the nickel corner spot and may be worth a start if your league requires cornerbacks. In only nine games, he had 43 tackles.

The Buccaneers will be in every game and making another run behind their ageless quarterback, but their defense doesn’t get enough love. I love the linebackers and safeties for IDP, and they have a few consistent defenders that are reasonably priced if you need help. Even White, our LB5, doesn’t get mentioned amongst the top linebackers in the league. He’s not as flashy as Shaq Leonard or Micah Parsons. And that’s what people love.

Keep an eye on how rookie Hall fits in and how Neal affects the secondary. It will have an impact on this defense. I still think a veteran like Pierre-Paul could also find his way back on the roster. The Bucs defense is ready for another title run and can definitely help your IDP squad do the same.
Did you hear the big news? The Dynasty Nerds YouTube channel is up and running. Now you can see the podcast straight from the NerdHQ!! Smash that subscribe button. Sign up for the DynastyGM tool to keep that edge over your league mates. Manage all of your dynasty teams, use the trade calculator, and we just added a player shares tool so you can see all players you roster in one place.