Jalen Pitre doesn’t really fit into any one position. That is a good thing, he is a really exciting prospect. 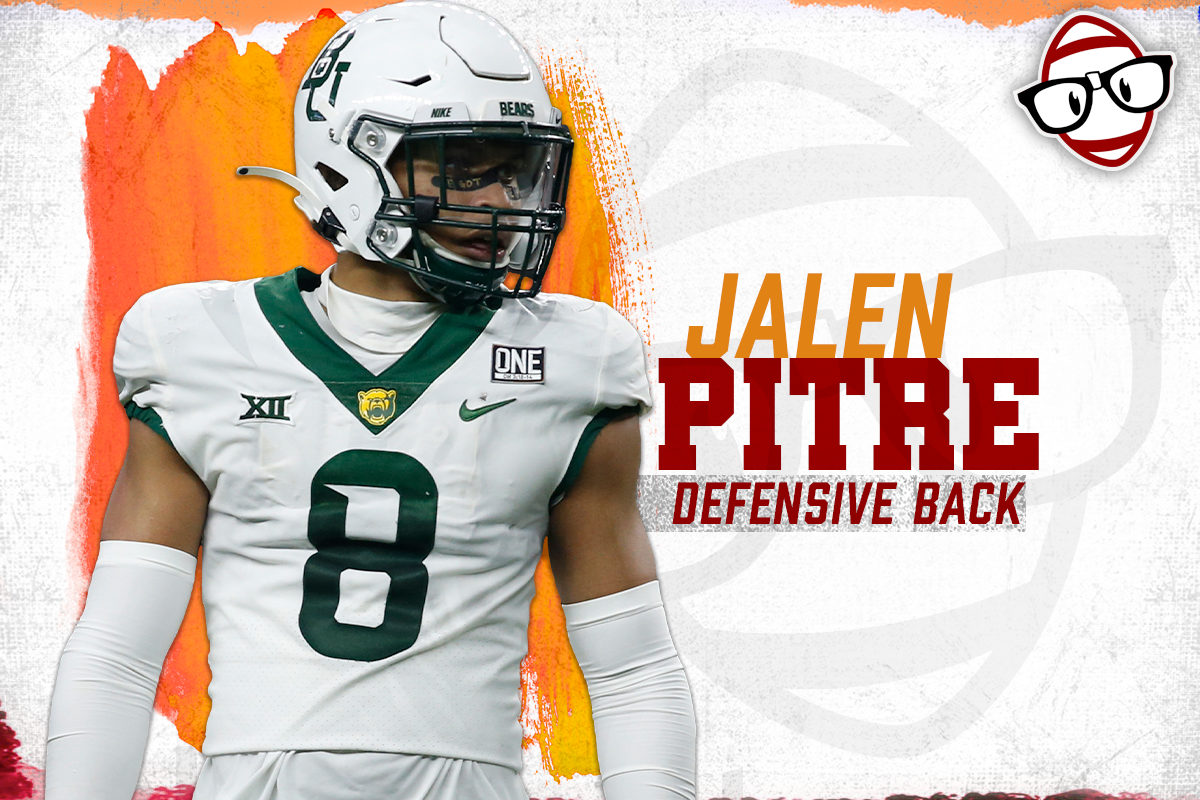 An NFL team will get themselves a valuable money backer in Jalen Pitre from Baylor in the 2022 NFL Draft. He can potentially play slot corner, strong safety, and in certain defensive formations, he could lineup at inside linebacker. He could rack up the points in time in an IDP league. Pitre was impressive at the Senior Bowl. He should draw some interest from teams that utilize a lot of nickel and dime formations. Don’t be concerned about that in a dynasty draft, though; players in those alignments often see close to as many snaps as a starting defender.

NFL offenses have incorporated some of the air raid offense principles by having multiple receivers on the field and then running or passing out of the formation. Having shiftier offensive players on the field often takes a linebacker or two off the field. That’s where defensive backs like Pitre can impact the game. He’ll probably cut his teeth on special teams during his rookie season, eventually though he’ll be a fun chess piece for a defensive coordinator to work with.

Pitre was a three-star recruit from Stafford High School in Stafford, Texas. That rating might wind up being too low. He committed to Baylor while still in high school, and he stuck to it. I credit him for being a young man and sticking to a decision.

Pitre has 46 games of experience for Baylor. I don’t believe that he’s at his best away from the line of scrimmage; his hips are a bit too stiff for that. The 2020 Baylor season is when he started coming on and making some plays for the Bears. The number of forced fumbles he was credited for in his final collegiate season is the number I was initially drawn to in his profile. The more chances you can give your offense, the more successful your teams will be.

Jalen Pitre did not allow a touchdown in coverage throughout his entire career at Baylor🔒 pic.twitter.com/ZZVjMvxPp9

Pitre will shine in the NFL, and he flies all over the field. It’s really enjoyable watching him lineup everywhere.

Blitzing Off The Edge – Pitre embarrassed the tight end on this rep. He put him on skates as soon as the ball is snapped. The quarterback never had a chance on the play.

Nice finish by Pitre, securing the tackle and bringing the quarterback to the ground.

Zone Coverage – Pitre reads the quarterback’s eyes, drifts over into the zone in front of the receiver, and makes a house call.

An awful decision by the quarterback backed up near his endzone. It results in the worst possible outcome. Excellent recognition on the part of Pitre to read the play and take away the football.

Pitre should come off the board in the NFL Draft somewhere between the second and third round. Ideally, I think that he fits best in that hybrid money-backer role, though his long-term home may be at strong safety in the NFL. He is a physical presence with the ability to impact the running game.

It will likely take Pitre until year two before he becomes a consistent fantasy starter. That means you will have to be patient with him in dynasty leagues. You’ll have to build up the requisite depth to be able to do that. However, Pitre has a high ceiling and is someone you should prioritize to add late in rookie drafts or as a free agent.

I will say it, Pitre will be considered a draft steal when you look back at the 2022 NFL Draft. It will all depend on how quickly he can acclimate himself to the playbook. He will need to continue to build on a strong Senior Bowl week at the NFL Combine and the Baylor Pro Day. There is a lot of potential waiting to be unlocked with Pitre. So who will unlock it?