Lewis Cine has highlight reel hits. He will absolutely wreck wide receivers in the middle of the field. But what about the rest of his game 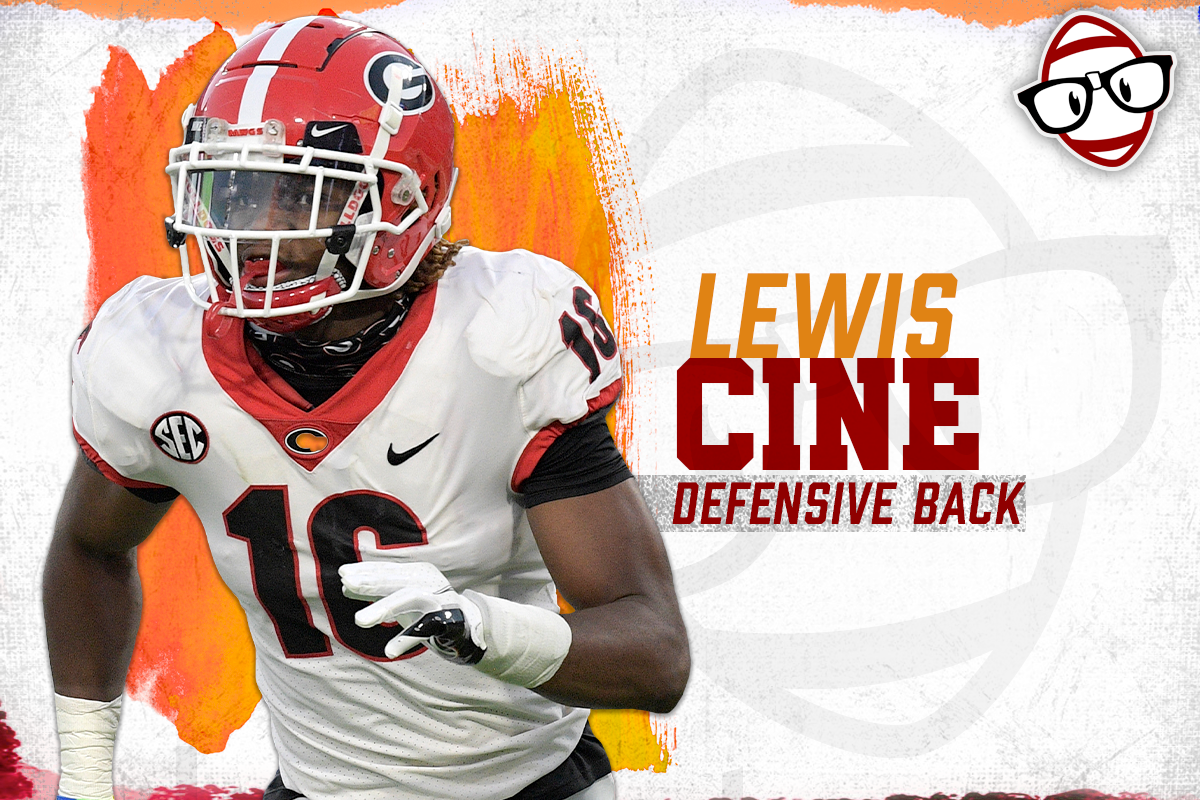 Is Lewis Cine a free safety or a strong safety? For IDP position scoring, I would ideally like to see him at strong safety in the NFL, so he’s closer to the line of scrimmage for higher tackle numbers. But, he could due to his ball skills, play some dime cornerback also depending on the defensive alignment.

If the NFL playoffs have taught us anything, teams will be looking for coverage skills on the defense’s back end. The Chiefs, Bills, Bengals, Rams, and the rest of the upper echelon teams with explosive passing games aren’t going anywhere. The only way to slow them down is to cover some of those weapons. Cine is sound in coverage and will lower the boom when he arrives. He is going to hear his name called early in the NFL Draft.

Lewis Cine was a four-star recruit from Trinity Christian High School in Cedar, Texas. He received offers from Georgia, Florida, Texas, Michigan, and more. But, he chose Georgia and he has a national championship to show for his decision.

Cine plays football like the field personally belongs to him. He didn’t get much run as a freshman, but you wouldn’t expect that at a program like Georgia. However, his tackle numbers are good to see even in limited time. The best season he put together in college was his junior campaign. With as many passes as he defended, there’s some potential there for his interception numbers to increase in the NFL.

Cine is a rangy safety, and he can cover a lot of ground. To match up against these high-powered offenses, the opposing defenses will have to make plays in coverage. Enter Lewis Cine (#16):

Cine will bring the hammer when making a tackle. He’s not looking to just get the receiver on the ground, he’s looking to obliterate them.

Cine likely will be relegated to a small package and special teams role as a rookie to get his feet wet. Unfortunately, that would serve to lower his year one ceiling in IDP leagues. So, he would not be someone that you should consider targeting earlier than the third round. However, he could blossom into a regular starting/quality reserve for your dynasty team.

There is a lot to like, heck, a lot to love, about Cines’ game. I would expect him to come off the board in the first two rounds of the 2022 NFL Draft. But he’s got a lot to clean up in his on-field play; he’s not day one ready to come into a starting role. That’s going to take some time and some position coaching.