Ty Chandler could be a potential running back stash in PPR Leagues. Don’t expect him to seize hold of a starting job on the team he’s drafted too. As he best fits as a solid backup running back. 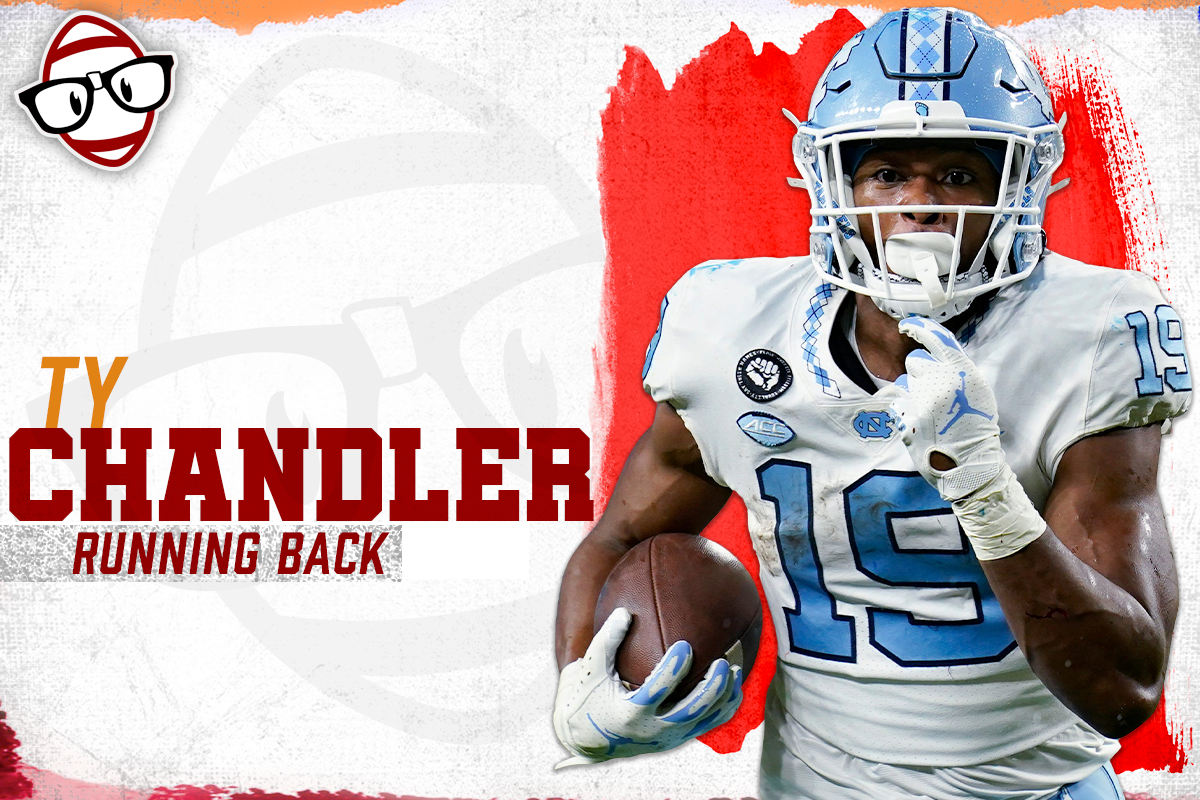 Ty Chandler is an above-average receiver out of the backfield. He doesn’t however, possess the traits to be a starting running back in the NFL. He’s a bit stiff in his hips and doesn’t change direction well. You should expect him to come off the board sometime between rounds 5-7 of the NFL Draft.

Ty Chandler began his college career at Tennessee but after the 2020 season, he transferred to North Carolina. He was recruited by some good football programs but likely chose to go to Tennessee to stay close to home. The scout grade on him was listed as 4 – star. Ty Chandler was also the 9th ranked running back in the 2017 recruiting class.

Ty Chandler had a nice yard per carry average throughout his college career. Unfortunately, he never saw the lion’s share of carries while at Tennessee which likely prompted his switch to North Carolina. He’s currently 23 years old, and he will turn 24 before training camp.

As a receiver out of the backfield-

Ty Chandler is a capable receiving option as an outlet for his quarterback. He does a good job here of securing the catch, and then immediately putting the ball in his right arm nearest the sideline. This is very good situational awareness that he shows on this scoring play for the Tar Heels.

Ty Chandler showed his straight-ahead speed on this run against the Miami Hurricanes. Even though the safety takes a poor angle on the play by running to where Ty Chandler is and not where he is going, you can’t fault Chandler for that, and kudos to him for taking it to the house.

The ceiling on Ty Chandler is a backup NFL running back, with the potential to rise up occasionally like the Undertaker and have you question the starter’s hold on the job. He’ll hang around the bottom end of dynasty rosters because of his traits and the barren landscape of the running back position. However, unless he lands in a vulnerable running back committed (Miami, Buffalo, Philadelphia, Chiefs, Seattle) I wouldn’t recommend spending more than a late pick or a few faab coins in free agency.

There is a chance that Ty Chandler is not drafted at all in the 2022 NFL Draft. He would likely be signed as an undrafted free agent in that scenario. Ty Chandler does have decent pass-catching chops, and that sub 4.4 40 Time was really good to see. There is some potential with him, just be sure to temper your expectations a bit with him.