Dynasty Managers should pay close attention to Danny Gray’s NFL landing spot. Depending on where he goes, he could prove to be one of the better mid-round rookie dynasty picks. 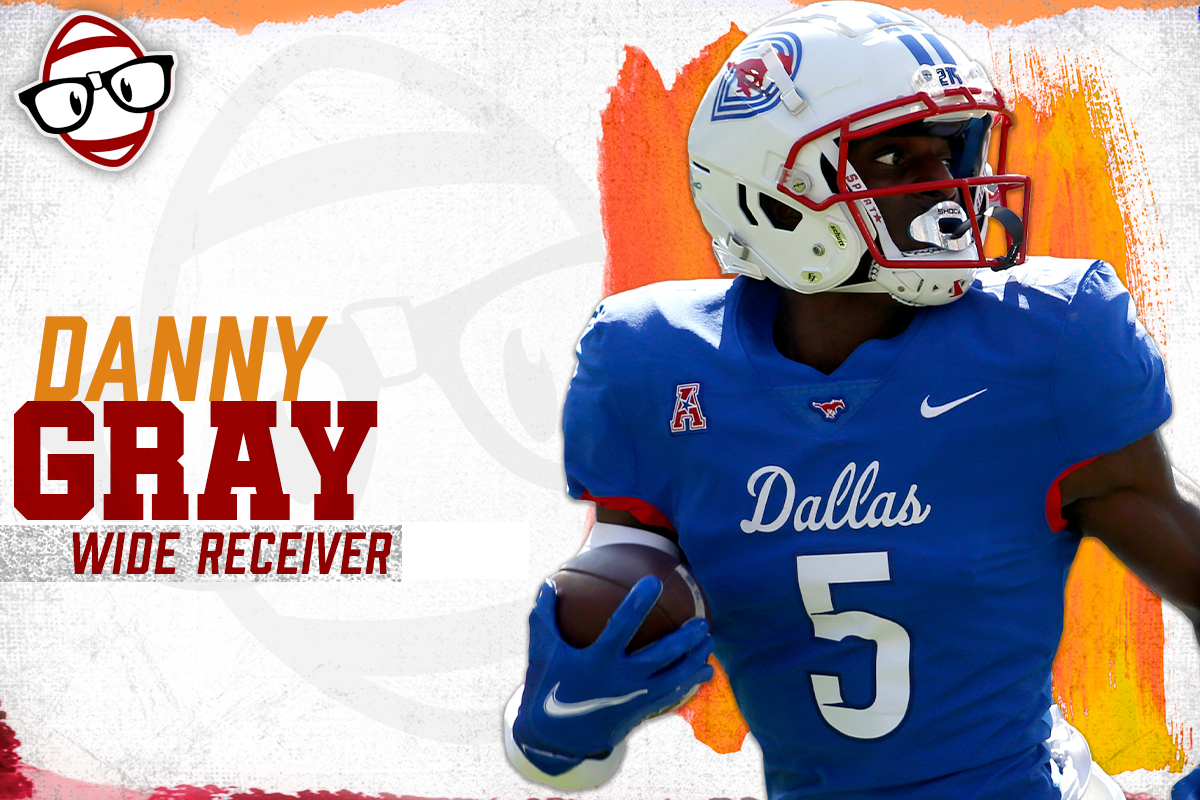 Danny Gray may go 2-3 rounds later than he probably should due to having just two years of production. Though an NFL team may wind up with a later-round gem. It doesn’t always matter if you are a Day 3 draft pick as long as you produce when you step on the field.

Danny Gray received five offers and chose to sign with the Missouri Tigers. He was the 144th ranked prospect at the receiver position in the 2018 recruiting class. The scout grade on him was only three stars, though. Unfortunately, he was ruled ineligible to play for the Missouri Tigers and prevented from transferring to another NCAA level program, which resulted in him enrolling at Blinn College.

Danny Gray began his college career on the field as a Blinn Buccaneer. Blinn College is a junior college in Brenham, Texas. During his time at Blinn 2018 – 2019, Danny Gray played in 9 games caught 54 passes for 877 yards and 8 touchdowns. He transferred to SMU for his Junior year and saw time as a multi-purpose player for the Mustangs.

Counting his two seasons at Blinn College, his senior campaign in 2021 was his most productive season as a college player. It will be tough for him in a loaded wide receiver class like this one to be drafted before round 5.

What the tape showed

Once Danny Gray kicks in that extra gear, he’s looking to take it the distance.

It took three Tulane defenders to corral Danny Gray, who’s 186 pounds. It’s great to see a receiver refusing to give up on a play.

Whether you decide to spend a late rookie selection on Danny Gray or pick him up as a priority free agent, there could be some long-term appeal. I wouldn’t expect the fantasy return to be immediate. It will take some time. He’s probably best suited for slot work in the NFL.

Danny Gray is definitely a fit for an NFL offense that wants to run at a quicker pace. He’ll probably start on special teams to begin his NFL career, and hopefully, that won’t be his ceiling. There’s some clay to work with here. Hopefully, he can land with a coordinator and a quarterback that can maximize his abilities.

Make sure you subscribe to the #NerdHerd, where you get exclusive content, dynasty/rookie/devy rankings, buy/sell tool, and a bonus podcast too. Dynasty Nerds also recently launched the #DynastyGM tool, which is a complete game-changer in the fantasy industry. We truly are your one-stop-shop for all your fantasy football needs!