Romeo Doubs could have a bright NFL future depending on where he lands. He was a very interesting prospect to watch a few games on. 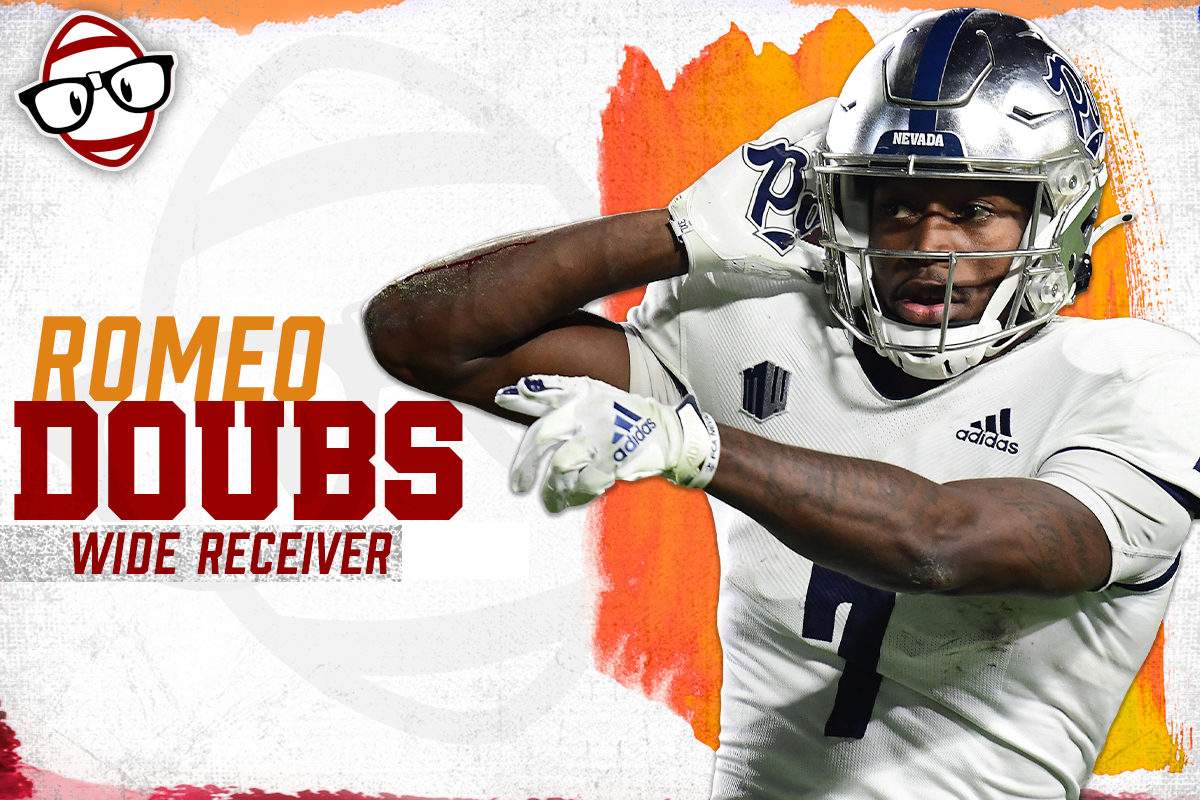 Romeo Doubs probably won’t come off the board during the NFL Draft until Day 3. That’s just due to the available talent at the position in this year’s draft class.

Romeo Doubs after the catch ability is awesome. That’s been a signature part of his game from the outset of his college career. Looking from the outside in, you’d ideally like to see more touchdowns, but that could change depending on his NFL quarterback situation.

Although Romeo Doubs didn’t get a lot of work on the punt return unit with an average of just over 9.25 return attempts per season. There can be a lot that goes into that. The special team’s coach may have wanted to use multiple returners for different situations. It’s hard to tell without interviewing him. However, that should be a feather in Romeo Doubs pocket when it comes to being elusive in the open field.

What the tape says

Romeo Doubs shows off his long speed on this play, getting behind the Cal Bears secondary for six points. Carson Strong did a nice job of getting the ball out in front of Romeo Doubs, which allowed him to run under it. What you love about plays like this is how easy it appears, Doubs and Strong are on the same page, and he puts it right where Romeo Doubs alone will come down with it.

Romeo Doubs wasn’t used much in his college career on screens. That does not necessarily speak to his inability to do it. It could have been a coaching preference, but I like that he can do it. Some of the NFL teams that I think he would fit with like to run these kinds of plays. It’s one of the best plays to run against pash rushers who can win against your tackles off the edge. This is something that he may not have done in college that he winds up doing in the NFL often.

Romeo Doubs is not afraid to catch passes over the middle of the defense. That may not seem like a big deal on the surface. However, any team interested in drafting Romeo Doubs with the intent of him playing inside in the slot, which I think is his best fit, will want to see him show he’s willing to catch passes in the middle. Also, if you look at Carson Strong, he slides in the pocket a little bit, he won’t confuse anyone for Lamar Jackson, but he can move a little. Romeo Doubs knows the potential for him to get hit hard is high, but he secures the pass and makes a tough play for his quarterback.

Romeo Doubs likely won’t step into a situation where you will be able to count on him right out of the gate. However, he could be a mid-round 3 investment that pays off for you in 2023, depending on his landing spot. Slot receivers are honestly my favorite type of receiver to have on my dynasty roster. They are inside and away from the defense’s top corners, and there are still teams such as the Pittsburgh Steelers who will ask their inside linebackers to run with slot receivers. I like to have 4 – 5 slot receivers on my deeper league dynasty team. If Romeo Doubs is on the board in the 3rd round of a rookie draft that I am in, I will phone my pick into the commissioner in my league. Yes, I could have selected him in the app. However, I wanted to make sure that I got him.

Romeo Doubs is part of a deep receiver class, there is a lot of value with him, and he could surprise some people going forward. The air raid offense makes it a bit easier on quarterbacks and receivers, so he likely won’t have that luxury in the NFL. But, with some tutelage, he could grow into being a Robin to someone else’s Batman. I am disappointed that he chose not to run the 40-yard dash at the NFL Combine since there is no accurate timing of his speed. I suspect he will come in around 4.49-4.51, but that is just a suspicion. This is again a really strong receiver class, and he could wind up being one of the names that get pushed down further than he should.