Next up in our rookie profile series @Marco_14P dives into the film on Wolf Pack RB Zonovan Knight. He has a chance to become a contributor on an NFL team in 2022. Where should you be valuing him in your Dyansty Leagues? 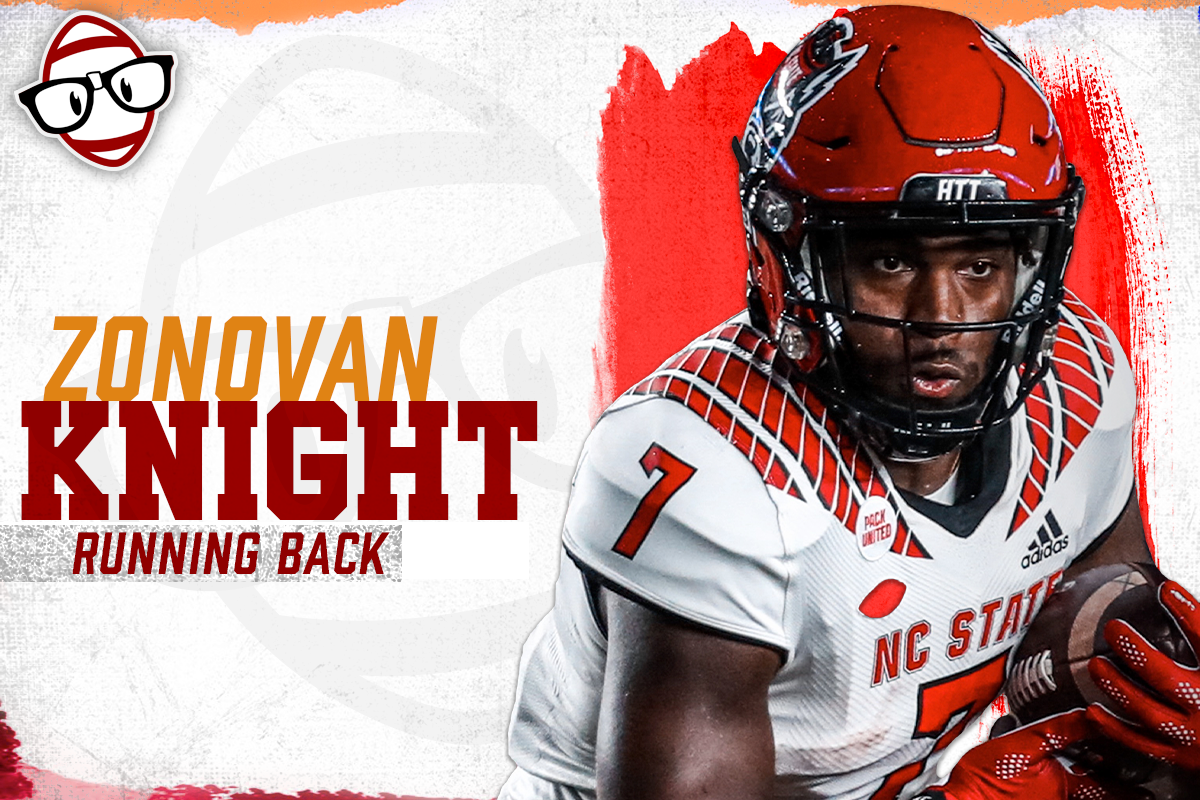 Knight broke out as a true freshman (18) for the Wolfpack, rushing for over 700 yards and five TDS. Knight averaged 16 receptions per season throughout his college career, seeing a 6.7% target share his sophomore season. He consistently was one of the leaders in forced missed tackles among all college running backs. He also played special teams for N.C. State returning three kicks for touchdowns.

When it comes to the best parts of his game, Knight is exceptionally gifted when it comes to his combination of VISION and FOOTWORK. He is a patient runner and is adept at anticipating creases. He also doesn’t shy away from cutting across the field when he sees an open lane.

The Achilles heel for Knight, and the reason he lands safely behind the top RBs in this class, is his athleticism. He lacks top-end speed, and his short-area burst leaves you wanting to see more. Another flaw in Knight’s game is that he lacks a consistent understanding of who he should be blocking and when. He will need to land with a team that has a coaching staff willing to develop him as not just a special teams asset but as a running back to overcome some of his shortcomings at the NFL level.

Knight is currently my RB5 in this class. I should preface that that doesn’t mean I think he is a lock to see any meaningful work at the NFL level. There is a significant tier break from the RB4 (Rachaad White) and Knight. Draft capital will be a significant indicator of if Knight will have staying power in the NFL. He has experience playing special teams and has already been talking to NFL teams during the off-season process about his ability to help teams in multiple phases of the game.

Right now, I see Knight as a contributor in a committee backfield with some special teams involvement. He has the potential to be more at the NFL level, but it would have to come with a scheme fit and some developmental steps that help him to be a better pass blocker. Some ideal landing spots for him to get on the field would be the Saints, Jaguars, 49ers, Dolphins, and depending on what happens with Melvin Gordon, the Broncos.