Velus Jones Jr. has gained some offseason buzz with a strong combine and Senior Bowl, how could he fit in the NFL? 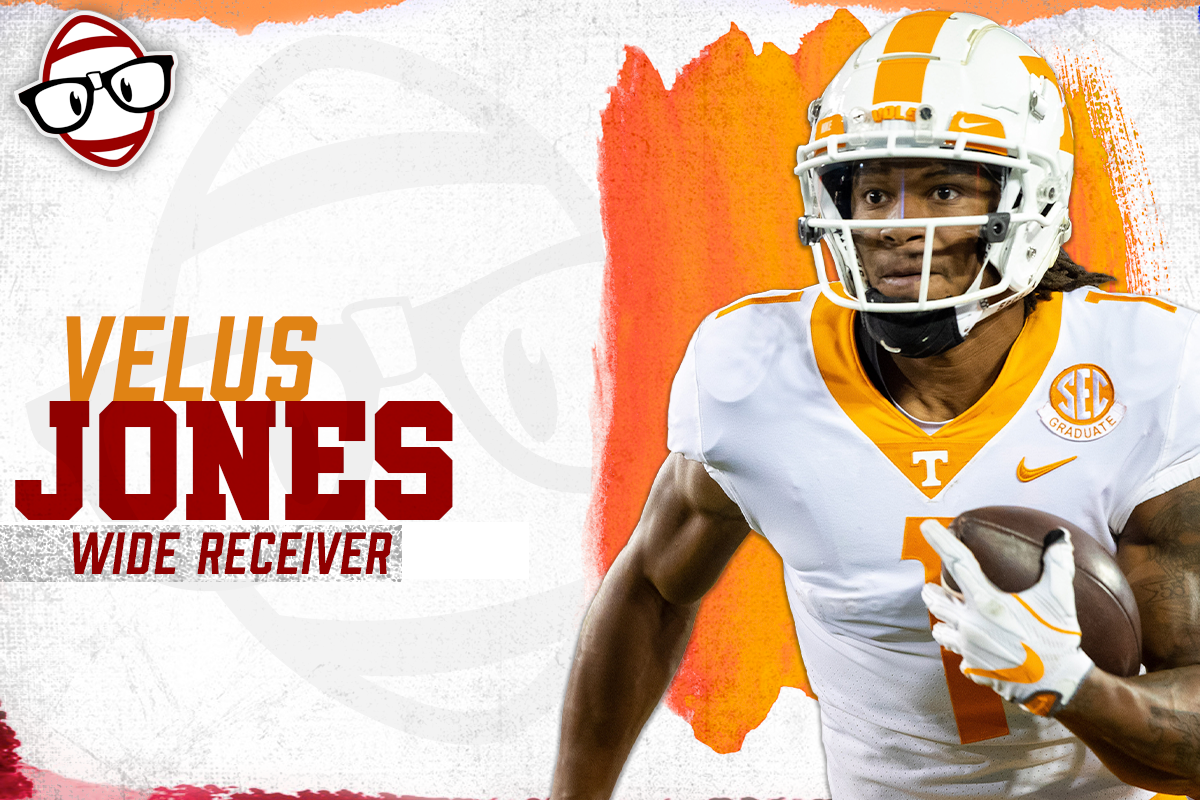 The story of Velus Jones, Jr is the story of the road less taken. A long, winding road.

Jones was a two-time All-State player during his time at Saraland High School in Saraland, Alabama, a school that has produced its fair share of FBS talent. He earned many accolades, including a place on the USA Today All-Alabama first team and the Alabama Sportswriters Association All-State Class 6A first team. In his senior year of high school, Velus caught 48 receptions for 945 yards and 10 touchdowns. He rushed for 172 rushing yards and two touchdowns, and he also dazzled with two touchdowns on special teams. Jones remains a popular figure in his hometown after leading his team to the state title game.

Jones received offers from prestigious programs like Notre Dame and Georgia before committing to USC. However, the ride didn’t end there. On January 22, 2016, Jones de-committed from USC to commit to Oklahoma, only for him to change his mind the next day. During his time at USC, Jones’ only significant numbers came in the return game. He returned 81 kicks for 1,947 yards and a touchdown, averaging 24 yards per return. Nonetheless, after those four mostly nondescript years at USC, he joined the Tennessee Volunteers as a graduate transfer.

During his senior season at Tennesee, Jones was named SEC Co-Special Teams Player of the Year. He was named to the All-SEC First Team as a returner. In fact, he ended his career as the FBS’ active career leader in kickoff returns with 2,973 yards. He averaged 24.4 yards per kick return between his years at USC and Tennesee.

In his first season in Knoxville, his biggest game came late in the season against rival Vanderbilt. Jones caught seven passes for 125 yards and two touchdowns, including a game-breaking 74-yard touchdown, en route to a 42-17 victory. This breakout game put him on people’s radars coming into the 2021 season.

Recently, he received a Senior Bowl invite where he continued to shine. Jones was the leading receiver for the American Team, with four catches for 53 yards. Together with his eye-popping 4.32 forty-yard dash at this year’s NFL Combine, Jones seems to be rounding into form as the draft season approaches.

Unfortunately, we do not have any film on Jones in the Nerds’ Film Room. However, if there is one thing I can assure you of, it’s this: Velus Jones is fast. Very fast. Check out his 40 from the NFL Combine.

VELUS JONES JR. 😱@Vol_Football WR @VelusJr with an INSANE 4.32u, tied for the fastest among WRs this year.

Jones is also elusive with the ball. He returned this kick 96 yards against South Alabama back in November, weaving in and out of defenders. He was named Co-SEC Special Teams player of the week on the back of this return.

I say “ball control”, because I am not sure “hands” is an appropriate strength to name. While I did not see special hands in what little I was able to watch, it does show up in his stats. Despite his many years of returning punts and kicks, Jones did not have a single muff in his college career. Now, keep in mind he did not have all that many career targets, but he had fewer than ten dropped passes in his career. Additionally, he only had two fumbles lost during that long timespan. As Jones projects mainly as a returner to start his NFL career, at least coaches will be reassured on that point.

It’s easy to find highlights of Jones. However, since we do not have film available in the Dynasty Nerds’ film room, I went looking. I found a replay of the 2021 Music City Bowl. Tennessee lost to Purdue in overtime, 48-45. Jones, however, had a great day, going 10-85-1 on 14 targets.

Unsurprisingly, it felt like many of his routes were manufactured rather than based on receiver prowess upon watching this game. Jones had an average depth of target of just 7.1 yards in 2021. He seemed to be utilized mostly on routes close to the line of scrimmage. He played most of his snaps in the slot and rarely went downfield. When he did, he was often not targeted. Not exactly something you want to see out of a potential field-stretching deep threat.

Jones also seemed to round off many of the routes I was able to watch. Perhaps this is not surprising given his speed, but I would have thought a player with his lengthy college experience would be better. Could he, and did he get away with pure speed in college? It would appear so. The NFL is a different ballgame, however, and it will be interesting to see how Jones’ game translates, given the faster talent he will face.

The mock draft community has Jones as a fifth-round pick a month out from the draft. Given all of the above, that seems about right. His age is a clear negative, but a team that drafts Velus Jones is filling two or even three roster spots with one pick. The question is will he be more Kadarius Toney or more Andre Roberts? While a player like Toney is useful to your dynasty lineup, returners who occasionally cameo as receivers are not. Where do I see him going in rookie drafts? To me, he is the epitome of a fourth-round rookie pick. In particular, if your league rewards few points for kick and punt return yardage, he is definitely worth a late pick. The hope, of course, is that he can carve out a larger role from there.

Tennessee Titans – Round 5, Pick 169
The Titans are a team in desperate need of speed and playmakers. Behind A.J. Brown, they have the newly-acquired Robert Woods coming off of an injury. Nick Westbrook-Ikhine played admirably last season in the slot, but he is not scaring defenses with his speed or athleticism. Regardless, things look rough. Jones could play a primary role on special teams and as a threat on play-action.

Arizona Cardinals – Round 6, Pick 202
If Jones falls a bit into the sixth round, the Cardinals would be wise to snatch him up. With notable losses, including Christian Kirk, the Cardinals receiving room looks a bit old, a bit thin, and a bit slow. He does a lot of the low aDOT things Rondale Moore was tasked with last season should Moore find a larger role.