It is time to start looking to the 2023 rookie draft. The Dynasty Nerds team is here with Superflex Rookie Mock Draft 3.0. 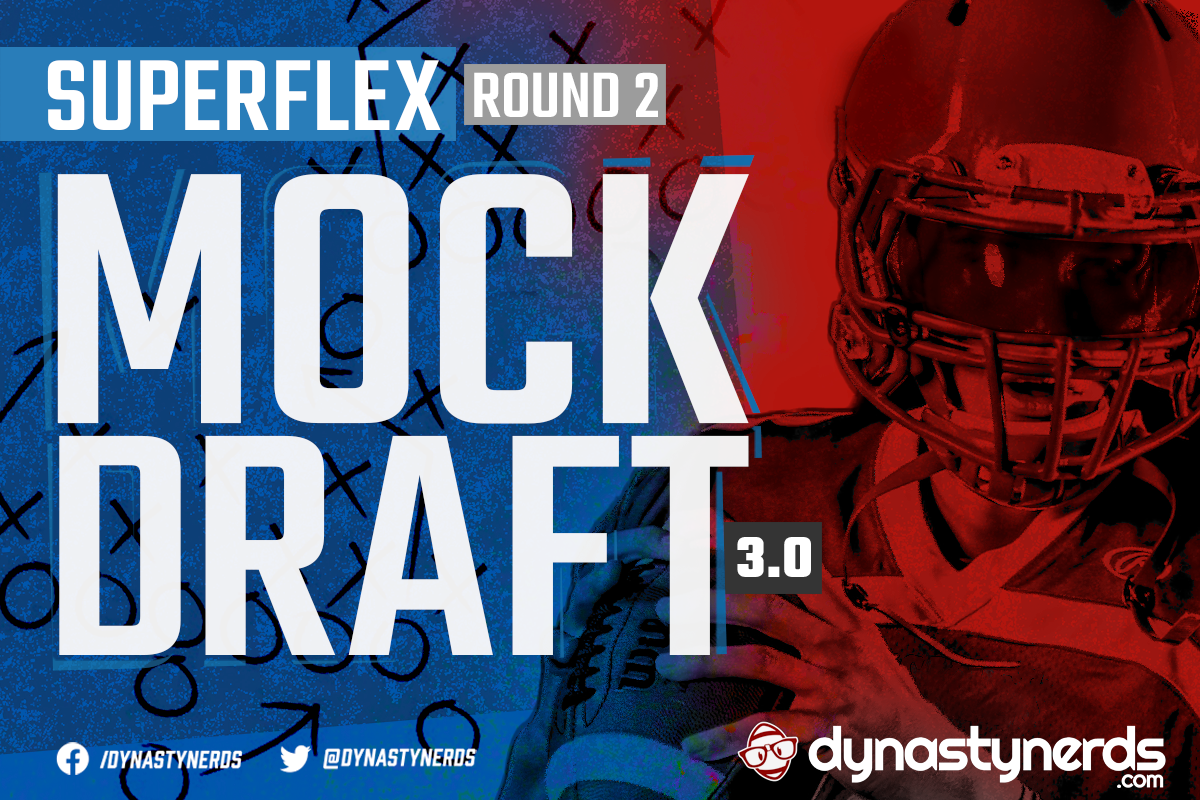 Merry Christmas, #NerdHerd. As we wrap up the fantasy semi-finals, we bring you Superflex Rookie Mock Draft 3.0. We have bowl season and declarations to keep track of. The pieces are moving around in Round 2. It will be interest to watch as we start the dynasty offseason to see which players start to lock in to draft positions as we run up to the NFL Draft. You can find Round 1 here.

At 6’1″ and 220 lbs, Zach Charbonnet is a powerful runner. Although he doesn’t have elite speed, he runs angrily, finishes runs, breaks tackles, and gets a lot of yards after contact. Charbonnet finished the 2022 regular season with a 93.6 PFF run grade which is elite and good for RB3. Consensus has him projected as a late 2nd round NFL draft pick, and if that happens, I think he will rise up SF rookie draft boards. – @_jasonstein

Miller is in the big tier two of running backs in the 2023 class. He seized the opportunity when Zach Evans transferred and didn’t look back. Where he lands in the tier will depend on his draft capital. Day 2 might push him into the late first round. – @Culture_Coach

This pick will be one of the more controversial ones until Richardson’s name is called on Draft Weekend. Richardson possesses all the size and mobility fantasy managers dream about having on their roster. The Josh Allen comps have come out early and often, so we all know what the ceiling is. However, the floor is as low as Josh Rosen’s. I can see Richardson going as high as a top-ten pick in the NFL draft or as low as a late-day-two prospect. If he does see the field, his rushing alone will be productive for your dynasty team. – @DanT_NFL

Michael Mayer is arguably the most pro-ready prospect in this class, and that gives me confidence in snagging him in the early second. An all-around tight end, Mayer has great receiving talent that will make him fantasy relevant and does well enough blocking for teams to see him as a first round prospect. Though he won’t blow anyone away with his athleticism, Mayer has great hands and an innate ability to settle down in space. In a scoring-depleted position, grab what could be a future star at TE and enjoy immediate production from the Fighting Irish star. – @FF_TJHernandez

Already 22, Brown is an older prospect. But he burst onto the scene this season with 350+ touches for almost 1900 total yards and 13 TDs. And when I say burst, I use that word intentionally. The man is absolutely explosive as a runner! When I studied his tape, I was both surprised and impressed. Draft capital is a valid question here, but his senior bowl appearance should help. I’m excited to throw a dart here on an under-the-radar guy whose tape I love. – @Devy2DynastyFR

I know this is a deep running back class, but Blake Corum being the ninth one off the board? This is a steal at this point in the draft. While he is a bit on the short side, Corum fills out his frame nicely with a low center of gravity and the ability to fight for extra yards. Corum’s calling card, however, is burst and speed, using his great patience and vision to find the hole and explode to the next level. He also has quick feet and is a fluid runner that is just a joy to watch navigate through defenses. If it weren’t for a late-season injury, Corum may have been a Heisman finalist, and at 2.06, I think this is a phenomenal value. – @kielpro88

I’ll keep banging this drum until the community comes around. Kenny’s combination of prototype size and wide receiver skillset is challenging to find and very fantasy potent. Examples like David Johnson, Antonio Gibson, and Rachaad White are appropriate fantasy comps to how the on-field product might look. Each slipped beyond the first round of dynasty drafts and presented fantasy upside throughout the second. Expect similar results for McIntosh unless a nationally televised game, or two, spoil the value bonanza. – @DynastyOasis

Just because Zay Flowers doesn’t go to some big-name school doesn’t mean that he isn’t a talented wide receiver. He has the tools to be a successful slot wide receiver with the potential for more. To get a talented proven wideout with over 2600+ receiving yards this late is extremely exciting. He has the makings of a Draft Day riser and after this run on RBs, I don’t want to risk a bigger bust by reaching for another running back. – @DarthDbacks

Let me start this put by saying I’m a big fan of both of the Tennessee WR prospects. However when Cedrick Tillman went down with injury Hyatt exploded onto the scene. He made a such a splash that he earned the Biletnikoff award as the nation’s top WR. Slight of frame but with blazing speed he is the perfect style if receiver for today’s game based on separation and quickness. Happy to get him this late in the draft. – @ReflipeWThenuz

Achane is a smaller bodied back but don’t let that fool you into thinking he’s just a satellite back, he was primarily a rusher at Texas A&M. He has the moves to make guys miss and an extra gear when he does break away. He’s a big play waiting to happen and nearing the end of the 2nd I’m happy to take a guy who’s likely a flex play with a high ceiling. If he improves his pass protection he could see more consistent work giving him fantasy consistency but that development is never a certainty. – @MonCalFF

If Darnell Washington was standing beside an NBA team, you might think that he is the starting Power Forward. He’s a massive individual that moves extremely well for his size. I think he will be a better pro than college player, if he gets into the right offense. He’s going to be a red zone threat and will catch a lot of touchdowns on Sundays. – @imbobbybish

Marvin Mims is another talented but undersized wide receiver. He’s got phenomenal peripherals (early declare, early breakout age, excellent Y/RR), high-level ball skills, and the shifty, always-open run running that the NFL has come to covet in recent years. Expect the NFL to take him off the board on Day 2, making him an extreme value at the end of the second round of this draft. – @ekballer

Round 1 is in the books. Who was a reach? Who was a value? Let us know what you think. Round 2 will be out later this week. You can find the 1QB mock draft HERE.