It is time to start looking to the 2023 rookie draft. The Dynasty Nerds team is here with Superflex Rookie Mock Draft 4.0. 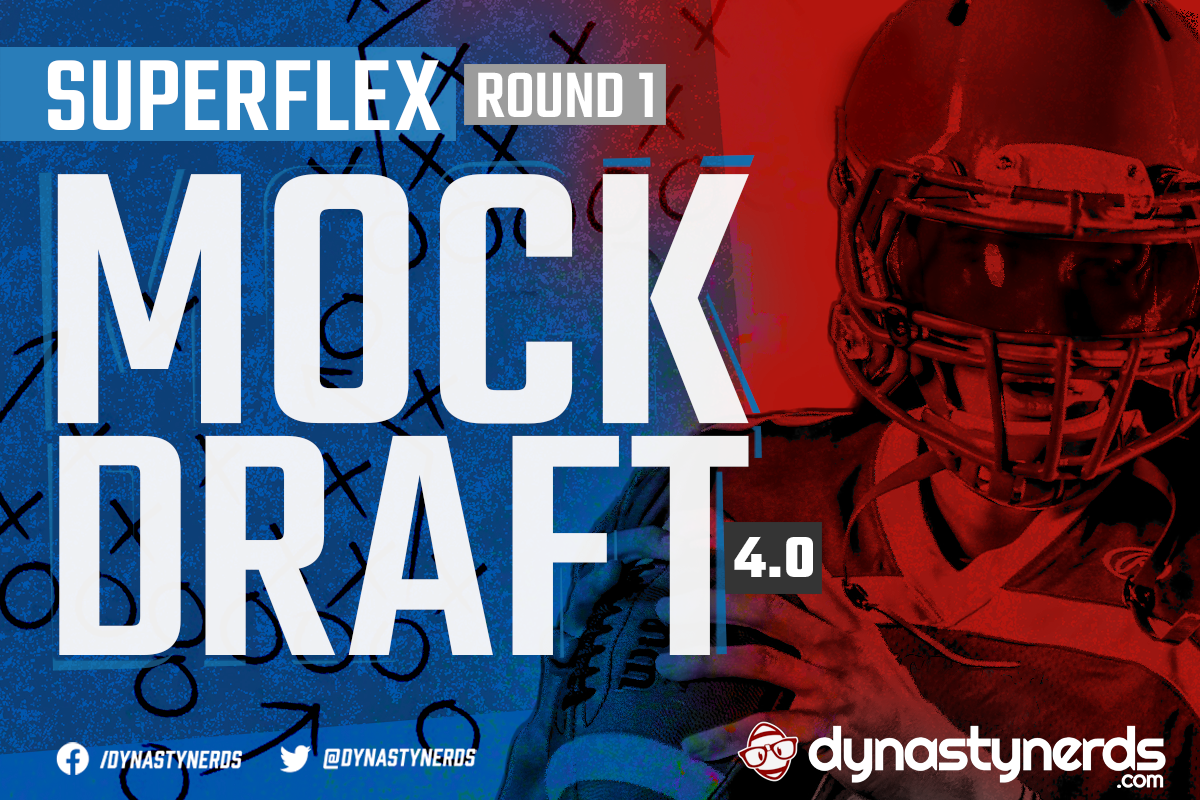 Declaration day has finally arrived. And went. We now know who is returning to school and who is entering the NFL Draft. Most players that decided to return to school made the correct choice, at least as far as fantasy football relevance is concerned. A couple of notable players would have had a chance to be fantasy relevant– Blake Corum, Spencer Rattler, and Rome Odunze. Both Corum and Odunze had appeared in earlier versions of the mock drafts. Rattler had not. But, draft capital and opportunity would play a large part in a Rattler rise up draft boards.

I’ll take the obvious choice here, even in SuperFlex. Sometimes the word “generational” can be thrown around too loosely, but not in this case. Bijan is in the same category as a prospect as guys like Saquon Barkley and Ezekiel Elliott. Explosiveness, vision, power, elusiveness, receiving ability… he checks every box. He’s expected to be drafted in the first round of the NFL draft, which is rare for running backs these days and shows what an elite prospect he is. He’ll probably be most people’s dynasty RB1 at the end of draft day. – @Devy2DynastyFR

An argument will be made by many that Bryce Young should be the top quarterback taken in this class, but I am not in the many. When I throw on the tape of CJ Stroud, I see a quarterback star, especially in fantasy football. All of the intangibles are there for me: great accuracy, strong leadership, poise in the pocket, and a big 6’3″ 200-plus pound frame. And maybe most importantly, he was able to showcase that he is mobile in the Buckeyes semi-final game against Georgia, where the Junior signal-caller almost led his team to a National Championship Game. I think Stroud is the real deal, and I am taking him 1.01 in every format. – @TimBMartens

Bryce Young is going to be a franchise quarterback. Regardless of the landing spot, Young will be a starting quarterback in the NFL for the next decade plus. Regardless of the numbers that he puts up, that’s extremely valuable in Superflex. He has the arm talent to make every throw on the field and the improvisation skills necessary for the modern NFL quarterback. My favorite trait is his poise in late and close situations. Some teams will love Young’s coolness and leadership when games come down to final drive situations. – @imbobbybish

​​​​Quentin Johnston has occupied my WR1 spot for the past couple of months. After an exhaustive film review and ​looking at this class with a clean slate, I am back on JSN as my top receiver. He is an elite route runner with excellent body control and versatility with his route tree. His production with two future dynasty WR1’s on the same roster cannot be overstated. I worry about his size profile and long speed, but I remind myself of Cooper Kupp’s quote. Speed is a luxury, and quickness is a necessity! JSN creates so much separation without being a traditionally fast receiver.  – @FF_Hulsey

Jahmyr Gibbs is my number two overall prospect, even in Superflex, due to his incredible ceiling and floor combination. Having elite pass-catching ability is essential. Gibbs has very good speed, vision, and balance and shows he has the potential to be an elite runner as well. Gibbs will be an incredible player for quite some time. – @SteveBradshawFF

Addison is a former Biletnikoff winner who displayed speed, hands, and route running over the last two years. His production the previous two seasons has more than made up for his supposed “size” issues. We have seen prior “smaller” guys produce just fine in the NFL, most recently with Devonta Smith. Addison is my top wide receiver in the draft so far. Happy to take him at this point. – @DarthDbacks

I actually understand the Will Levis hype now. Huge Boom or Bust guy though. Bigger Boom or Bust than Anthony Richardson. Definitely will need to be in the right scheme to succeed. I’m m still low on him but I understand him being a top 10 pick. pic.twitter.com/LXkOYImTZS

Will Levis will be one of the fast risers as we enter the pre-draft news cycle. There has been so much hype surrounding Young and Stroud that Levis has been forgotten. He has one of the best arms in the draft class, and NFL scouts will be gushing over his pro day and combine workouts. Draftkings currently has him as the third favorite to go first overall, and he is a lock for a top-ten pick. That will shoot him up Superflex rookie drafts this spring. Everything looks up for Levis; just keep him away from the mayonnaise! – @DanT_NFL

Recency bias (Georgia game) has Johnson sliding a little. Johnston had a 62.5% catch rate and 17.8 ypc in his junior season. I would like to see Johnston be more consistent on a week-to-week basis. Johnson is a long strider and deceptively fast. He will need to fill out his route tree, but he has great ball skills and run-after-the-catch ability. Johnston has Listed at 193 pounds. Adding 15-20 pounds to his frame will aid his transition to the NFL. – @Culture_Coach

Anthony Richardson is a raw prospect, to be sure, but he also has possibly the highest fantasy ceiling of this class. Mobile quarterbacks are worth their weight in gold, and in his last year at Florida, he had 103 rush attempts. What sold me is his quick flick-of-the-wrist passes to receivers, regardless of whether his feet are set or he’s under pressure. That’s not a teachable trait but one that can be an excellent tool in the right system, especially when paired with his mobility. – @MonCalFF

Syracuse RB Sean Tucker will more then likely fall to the later rounds, but that doesn’t mean he won’t be a solid pick 💪

With the top four quarterbacks and three wide receivers already off the board, I dove back into the running back pool. Sean Tucker is a 3-down running back with a chance to be a special player at the NFL level. His dual-threat profile makes him an ideal selection in your PPR drafts. I would be pleased to walk away from my Superflex draft getting him at the 1.10. – @ReflipeWThenuz

I’m surprised to see Evans here this late- and it’s still a debate for me between Evans and his old TCU backfield mate, Miller. Evans isn’t the most powerful back, but he is incredibly explosive and shifty beyond his size. He won’t break a ton of tackles, but he avoids plenty of them with sharp jukes and lightning cuts. Among the most efficient backs in this class, Evan’s strengths are enough to overcome my workload concerns. I’ll draft him and cross my fingers that his pass game usage increases a la, Kenny Walker. – @ekballer

Boutte has never been able to recapture the dominance he showed as a true freshman. Injuries as a sophomore, and inconsistent production this season, have pushed Kayshon down rookie draft boards. There are legitimate question marks outside the injury history. Boutte has an array of concentration drops on film in 2022 and needs refinement as a route runner. However, he still is a game-breaker in the open field and has the tools and pedigree to be a top option in an NFL offense. Well worth a first-round Superflex pick. – @DynastyOasis

That wraps up the first mock draft after declaration deadline. Do you agree with the rise of Richardson? Who do you think should be a first round pick that didn’t make it this time?

Get more of the Dynasty Nerds!! Download the Bettor Sports Network free app and listen to Dynasty Nerds Live hosted by Dynasty Price, Thursday night from 9 pm to 11pm. I am on weekly at 10 to talk about what we are writing about. When you download the app you can call into the show with just a push of a button.