Everyone loves a sipping cocktail on Sunday, watching their fantasy team go to battle… but how “strong” is your fantasy QB? @TheCoyDavenport steps behind the bar to pour you some wisdom. 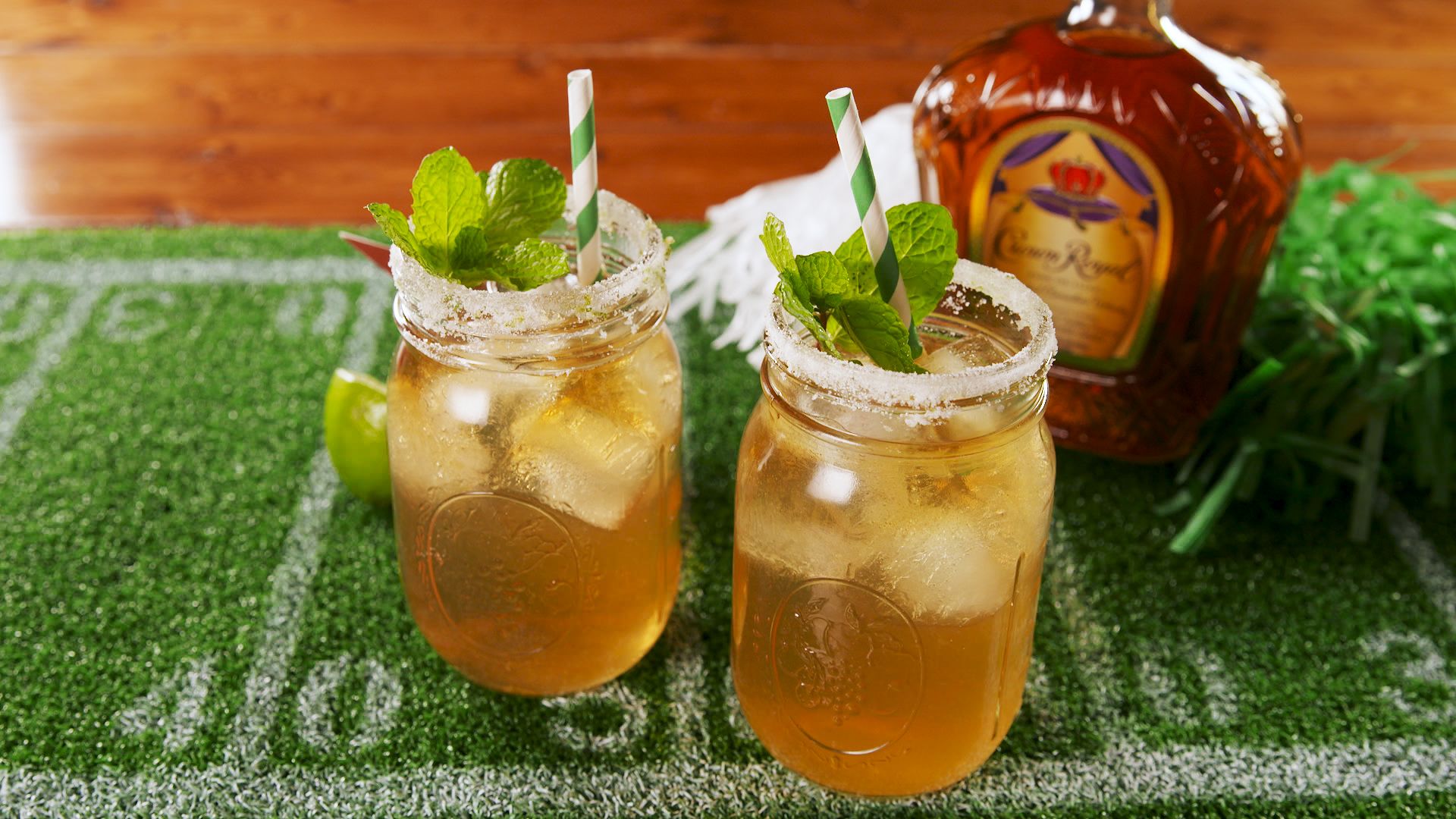 Ordering a Rum and Coke either says you’re too young to be here, or you never tried sneaking into a bar when you were 18. Either way, you’re “that guy.”

Minnesota Vikings quarterback Kirk Cousins is a made-for-newbs selection just the same. A worldwide phenomenon, Coca-Cola, props up rum and Cokes. Star wideout Justin Jefferson (and a seemingly endless stream of money being tossed Cousins’ way) is the Cola. It’s basically what gives you any familiarity.

Hear me out! A Rum and Coke can score, but why not ask for a drink with a little more upside? Consistently a middle-of-the-pack guy, he’s as safe as going to grandma’s house and just as fun in your starting lineups.

A pick as uninspired as the order, Kirk Cousins can still bring steady QB2 value. With new offensive-minded Head Coach Kevin O’Connell, he may sneak some top-shelf weeks in there.

Starting with the sweet nose, LA Rams quarterback Matthew Stafford finished QB5 in 4-point touchdown scoring formats with 41 touchdowns and a season QBR average of 102.93. Plus, he ended the season with a long-awaited Super Bowl win.

But it’s just as bitter of a bite on the back end. It’s still very fresh on some fantasy owners’ minds; 17 interceptions, nine weekly finishes under 20 points, two of which were under 10 points, and never scored 30 fantasy points in a single game. Stafford’s playoff performances won’t inspire fantasy owners to jump on him either. In Weeks 15-18, his fantasy scores were; 15.5, 6.7, 14.3, and 17.5. Not exactly a “league-winner” when it counted.

Yet just like the 19th-century concoction, it’s tried and true. It gets the job done week in and week out. And all of the other cliches I can think of that mean he’s serviceable and familiar. Just like the ol gunslinger himself. When in doubt, order the ‘Old Fashioned Pocket Passer’ (signed through 2026) today!

You never know what you’re getting yourself into with these. The bartender’s always heavy-handed with them, and they all disagree about what goes in it. It could make for a great night/season.

Good news… it should be pretty cheap too! Virtually free even in Superflex leagues, this team is much more confident than dynasty manager consensus. Maybe they see something we don’t?

But man, it can also hurt; the sugar high can hit early, and you wake up with a headache pounding through your ears. In his last season with the Tampa Bay Buccaneers, he garnered attention for throwing 30 interceptions and 30 touchdowns just three years ago.

When he finally took over the starting job last season for his new team, the New Orleans Saints, he posted a QBR average of over 100 for the first time in his career. Like with a LIIT, it’s a gamble… but isn’t that half the fun?

QB1 himself should probably be compared to the #1drink
in America–the Margarita.

Classic night on the pier? Out on a date? Taking advantage of a new fantasy owner?

It always seems to fit the mood, no matter the occasion. Buffalo Bills quarterback Josh Allen has finished as the top fantasy option at the position back-to-back years, the first time since Randall Cunningham did so in the late 80s.

It’s tricky, sometimes you accidentally order a frozen one, and it doesn’t hit as well. With how many weathered games they play between Highmark Stadium and Gillette, he’s bound to have a couple of lackluster appearances like Weeks 7 &13 versus the Jaguars and Patriots, respectively (combined total of 21.2 pts.)

But you know, each week, you can still come back to the salty rim and the sweet lime-agave mixture you know and adore so much. It is a drink with a perfect floor and an even more perfect ceiling. Everyone wants some, and it’s just too bad the league can’t order a pitcher. It’s a drink where the upcharge is certainly worth it. If you’re drafting first overall in your Superflex startups, don’t hesitate, and sip slowly while it lasts.

Zach Wilson and a mimosa have a ton in common.

First, mostly had in the morning, on 13 of 17 regular season games this season, the Jets will play the early slot. So while you’re still wiping the sleep out of your eyes, your guy is warming up his throwing arm and stretching out that headband.

Next, he’s got tons of weapons. I mean, brunch without a mimosa can’t even really be called brunch, can it? But that can’t take away from the other absolute studs; E. Moore Bacon, draft-fresh Garrett Wilson eggs, plus some Breece Hall biscuits with the signature Michael Carter ‘Dump-off’ gravy!

Plus, he’s got the arm to get you where you’re trying to go and uses that splash of OJ to pick you up a few more points on the ground. Although commonly enjoyed by middle-aged ladies, a mimosa can truly be for anybody for many years to come!

Jalen Hurts. A sophisticated pick for only those who truly understand the game of fantasy

Yeah, maybe two years from now, it’s something you aren’t touching. But you just graduated, you’re feeling clever, so you get on a ‘Hurts Martini’ kick.

It’s not complicated, but with the right quality of ingredients and maestro, it could be the best thing in the bar. You look cool and feel it too.

Philadelphia Eagles quarterback Jalen Hurts is in my top six this year, and his stock is still low this preseason. Somehow it’s still time to buy while the getting’s good. Eventually, people will realize last year’s QB9 with rushing upside has improvements around him, and he’s not someone to forget. Go ahead and draft Eagles wide receiver A.J. Brown too. We call that “making it dirty” while swinging back in drafts, as the two young athletes are contractually linked through at least the end of the 2023 season.

Nearly as old as the Tampa Bay quarterback, the Bee’s Knees is a drink created in the 1920s to make prohibition-era bathtub gin taste better. It’s a classic. It’s simple. It covers for the lack of rushing upside.

You may not see frat boys pounding these, but this is because it’s a step up from some of the other swill the commoners drink. The Bee’s Knees has evolved into an essential compound for mixologists to have in their arsenal. Given it falls to you in the right pocket, smart bar-goers know what’s up. He’s ready-made for those looking to compete for the trophy this year.

Never bet against it! Pinkies up when searching in the middle rounds. He may not be the sexiest dynasty target, but given his over 5,300 passing yards and 42 touchdowns last season, he still has some left in the tank for your team in the immediate future. Or should I say tub?

“Hey do you guys have the game on?”

You’ve accidentally wandered into a corner cafe with only two artisanal, GMO-free berry-flavored beers, and your Uber has already left. I should’ve done more research or just not fallen asleep at the helm here—just gotta hope for the best. Open up your blind selection, and staring back is a cheap-looking ‘Mariota Pomegranate IPA,’ which sounds about right.

Since entering the league, Atlanta Falcons quarterback Marcus Mariota has yet to have a QBR season rating of 96 or above. Only once becoming a top-half fantasy quarterback in 2016 when he was QB15 overall. To add insult to injury, a third-round selection in this year’s draft in the form of quarterback Desmond Ridder looks good enough to possibly take his job. Head Coach Arthur Smith added after the 16-24 preseason loss, “ [Ridder] understands, we’re not waiting on him as a rookie, we’re trying to speed him up.”

You didn’t Google search for backup bars, you didn’t call ahead, and now you’ve missed kickoff with no one to blame but yourself. If you’re leaning on Mariota at ALL this year, then there is just one plus; you’ll at least have a top pick in next year’s loaded rookie draft.