A Roll of the Dice: Marcus Mariota

It is time to start making moves for next year. @Culture_Coach takes a look at a cheap QB that could provide a nice return. 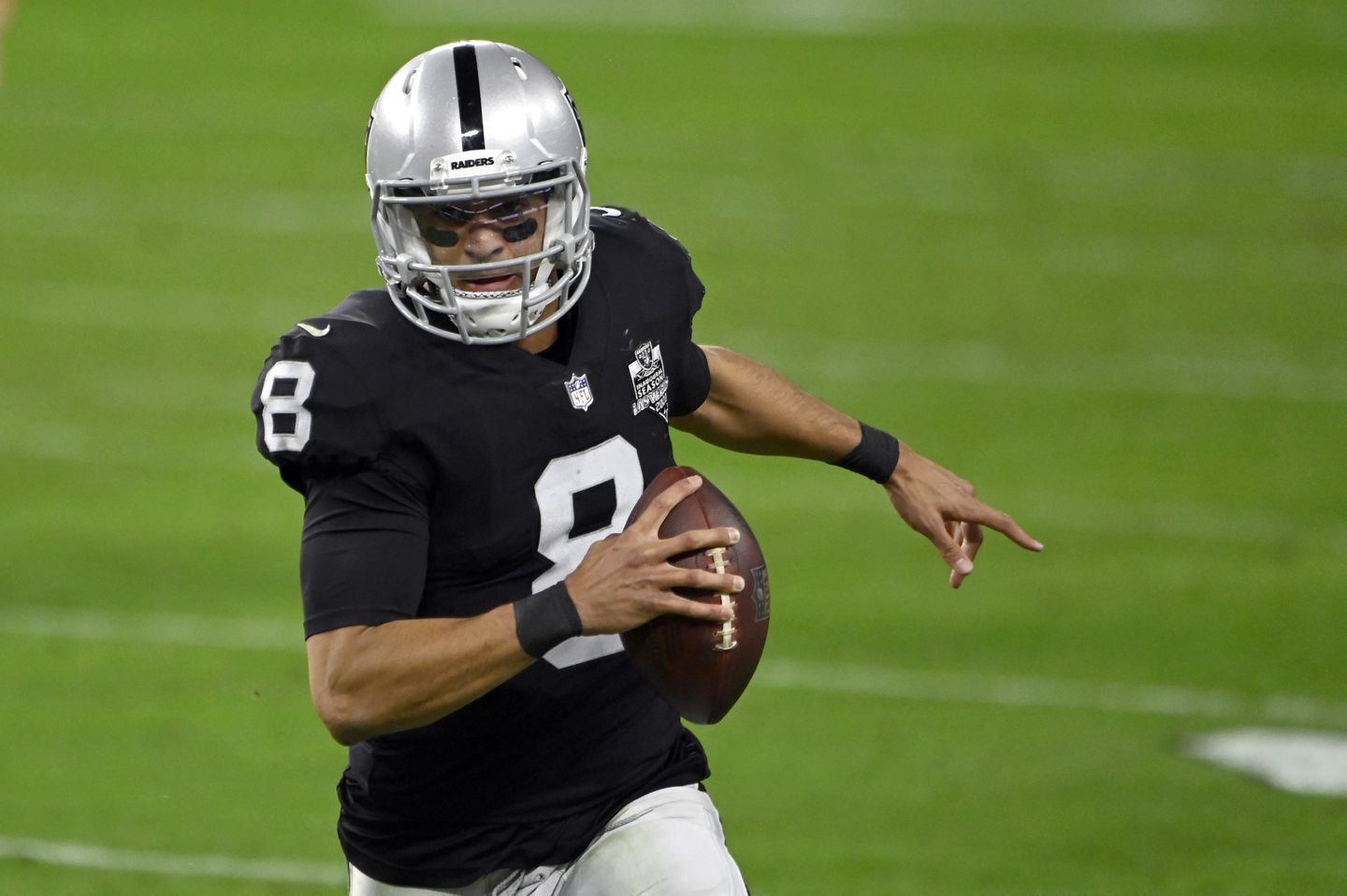 A roll of the dice is just what you would expect. I will take a look at a player that can be acquired cheaply that has the potential to pay off in a big way. I will explore the contract situation, potential landing spots, and what a win would look like for fantasy.

In this article I will be looking at Marcus Mariota, pending free agent for the Las Vegas Raiders.

Mariota was the second overall pick if the Tennessee Titans in 2015 and will be forever tied to Jameis Winston. Expected to be the savior of the Titans, Mariota never quite put it together in his five years in Tennessee. He was generally healthy in his time in Tennessee, but a neck stinger and elbow sprain seemed to affect his effectiveness toward the end.

In what was a surprise to many, Mariota signed with the Raiders to back up Derek Carr. Conventional wisdom held that Mariota would sign somewhere with an opportunity to compete for the starting job. With Carr firmly entrenched in Vegas, that was not the case.

In his first year with the Raiders, Mariota played exactly one game. In Week 14, Mariota came in for an injured Carr and completed 17/28 passes for 228 yards with one touchdown and one interception. He added 88 yards and a touchdown on the ground. He looked electric and showed the skills that got him selected with second overall pick.

Mariota signed a one-year, $3,500,000 contract to return to Vegas for a second season. After the 2021 season he will be an unrestricted free agent. He will not be a candidate for the franchise tag. Derek Carr has one more year left on his contract and with the Raiders in the midst of a coaching change I would expect them to hold onto Carr for some stability.

Who needs a quarterback?

There will be some openings in 2022 and with the rookie class not generating a lot of excitement, I expect a few veterans to get opportunities to win jobs. So, where are the options?

The Seahawks seem destined to separate from long-time QB Russell Wilson. It also looks like head coach Pete Carroll might be on the move as well. A return to the Pacific Northwest could be just what the doctor ordered for Mariota.

The Seahawks do not have a draft selection until pick 40 so they will miss out on the top quarterbacks in the 2021 class. While moving Wilson via trade instead of releasing him will likely return some draft capital. Pairing a QB like Mariota with Tyler Lockett and DK Metcalf could make sense.

The Big Ben era is coming to an end. The Steelers are flush with skill position players and an opportunistic defense. Bringing in an affordable veteran QB would allow the Steelers to add to the offensive line and reload more than rebuild.

Mariota had excellent chemistry with Delanie Walker in Tennessee. Pat Freiermuth is an excellent replacement for that connection. Mariota to Pittsburg could be fantasy gold.

Ok, now hear me out. I know Matt Ryan is signed through 2023. I know he has a forty million dollar cap hit. Still, the Falcons have one of the worst cap situations in the NFL. They have a new head coach and need to start a rebuild. A much cheaper veteran quarterback would help facilitate the journey out of cap hell.

Atlanta has 4 of the top 73 draft picks in the 2021 NFL Draft. That could should provide at least one starting OL and a running back to add to a good receiving stable of Pitts, Ridley, and Gage. That would set the Falcons offense up to be competitive.

Remember, adding Mariota is purely a speculative add. He has already signed, and re-signed with the Raiders to be a back up. Mariota would slot into your roster as the QB3/4, with a hope that he can move up to a QB2 if he land a starting gig.

His dynasty trade value is pretty low. Even in Superflex leagues you can get him cheap. I would be willing to go as high as a very late third round pick, but I am definitely more comfortable moving a fourth rounder for him.

Let’s look at some trades from the DynastyGM Trade Browser.

That first trade looks like it could have been made by me. It has two of my favorite targets in Mariota and Parham. I like the trade a lot. I think Parham has potential to be a top 15 tight end and I just made my case for Mariota. Michel is a player that I think will have a short shelf life. This trade looks like it was a contender buying an RB for the title run.

That third trade is very aggressive. I don’t think I could give a second, even a very late one for a speculative QB. If Mariota lands in a good spot and goes off, that manager will look like a genius.

Feel free to reach out on Twitter if you have any questions. You can hear me on The Fantasy Football Roundtable podcast. Have you tried the DynastyGM? Seamlessly integrate you dynasty leagues from Fleaflicker, MFL, Sleeper, and FFPC. Get 15% off the monthly or annual subscription with code Roundtable. Bundle it with the Nerd Herd to save even more.