Aren’t You Tired Of The Bottom?

Aren’t you tired of taking a weekly beating in Fantasy? Follow my step-by-step guide to get your team better and out of the gutter. 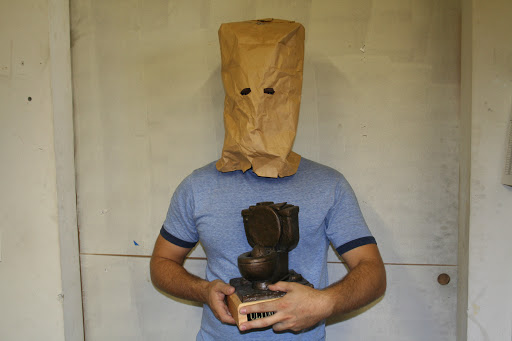 No one enjoys losing, but when you are weekly getting beaten in fantasy football by fifty-plus points, that can sting even more.

Many things contribute to losing, but the first thing to understand is a team’s only as good as the architect. Look at the core players on your team. Are they regularly startable? Were you to search them, is their rostered percentage high?

If it’s not, you need to cut bait and let them go! That’s the first place that we’re going to go to together. I have done it myself, go through the roster, and hit drop.

Step One: Trim the Fat

There’s no time to be sentimental. We’ve all blown draft picks.

You drafted someone because your favorite analyst was high on them, or your league mates all hyped him up. The story goes from you have to draft him to he stinks! Or sometimes you have become attached to what he used to be.

If you want to win a championship, then there’s no time for sentimentality. Yes, a deep league will have a lot of roster spots. But even if that’s the case, you can’t use up too many positions on hope.

Hope doesn’t win games, and it’s never won a championship. You want to win a championship and get those all-important bragging rights over your buddies!

However, you finished last place again, have been in last place with these same players before. It’s time to let them go. If the NFL team hasn’t been able to find a place for them, then why should you?

Whoever’s left after the roster purge, assess their trade value, put out some feelers, and check trade calculators. Always start a dialogue with the other owners in your league.

The goal’s to identify the players with the highest trade values that pique interest. Don’t take rejections personally because it’s not personal. Regroup, reassess, maybe even change your stance if needed.

Contending teams, the champion, the runner-ups, they’re looking at the short term. Who can help them or push them over?

You have to be looking towards the future, whether it’s one, two, or three seasons down the road. That will be your championship window, but to get there, you’ll need the draft picks.

Early-round draft picks are what will become the core of your team. But don’t accept just any trade now. A draft pick that’s four years down the road is a waste of your time.

Late-round draft picks rarely recuperate value. Yes, sometimes a gem will tumble in the draft, and become a considerable value. However, don’t count on that with regularity. If your league uses a FAAB system, turn those later picks into coins.

You don’t need to spend crazy amounts of time studying prospects. Some people do; I’m one of them.

I study the top skill prospect, down to the bottom one. Even when I’m not able to draft a player, I still like to have some information on them. Why? Because you never know when another owner will get impatient and want to trade them.

There’s nothing wrong with referencing a magazine or two, but that shouldn’t be your only source of information. Get to know the team the prospects are going to a little bit as well.

Whenever I prepare for a draft, I look at the prospect, metrics, size, shuttle time, and 40 times. Everything that the NFL Combine collects. With that, I also examine where the prospect fits with their new team? Yes, I also get excited about potential and hype. But I’m focused on what role the prospect has.

If it’s a running back, will they be in line for the feature work? If it’s a wide receiver, how strong’s the receiver room around them? Is there an established fantasy-producing quarterback? Is that position stable? If we’re talking about a tight end, what could the team be asking him to do in year one?

Transitioning over to the other side of the ball, if your league uses IDP positions, where does the prospect fit within the team defense? Are they going to be a day one starter at LB/DL/DB, or will the team rotate them in to get their feet wet? I know you want to be all in with the player once you draft them, but you have to think ahead, especially with defenders.

Throw out what you were doing before because it hasn’t worked to this point. You’ve been playing with your league mates for a while. The league may even consist of family or friends.

Think of drafting with them, like you’re playing a card game. They all have tells, tip-offs in a draft, the same as they might in a card game. Look at their roster, and study it a bit.

If they’re low on running backs, that may be their first-round target. Try to think two to three selections ahead of your pick and who will go there.

Take this to heart; a trade back isn’t your enemy. You may be able to trade back a spot or two and still pick the player you like while netting a few assets in addition to him.

Most of all, take notes on the types of players your league mates draft and when. Picking up on their tendencies or tells will serve you well in future drafts.

You need to prepare for potential prospects in free agency just like you do in the draft. I love to say this all the time, “There is always something in the garbage.”

Contending teams can sometimes have a bit of overconfidence. That’s where you find your in. It could be a player who slipped out of the draft and has loads of potential. Or, a player who’s been waiting for a shot has finally got one. One of my personal favorites is the frustrated release.

That can be an owner releasing a tight end in year two because he hadn’t done much of anything to that point. Or a wide receiver who has had some early career struggles but is in a new situation or with a new coordinator with the perfect system.

Defensive players are sometimes not rostered when they should be as well.

You’re likely not going to go from the perennial loser to the champion in one off-season, so use the season to learn. Watch how the top teams set their rosters and look at who they sign in free agency, what positions they’re looking for, and how much they spend on them.

I don’t support tanking. Have I done it? Sure. “It’s only cheating if you get caught-Al Bundy.”

However, be better than that. Watching and learning will serve you far better than tanking will. By doing that, you can re-build your team into a contender or a champion. And when you come up against those top teams, you’ll beat them.

Dynasty fantasy football involves a lot of strategies. It’s nothing like playing in an annual or DFS league. Thus, you can’t approach it that way.

The more you take notes, prepare, and study, the stronger your team becomes. Eventually, you’ll be the one taking risks and making huge trades, and finally winning that all-important championship with bragging rights.