The NFL Draft is now over. Which player from each position found themselves in the perfect landing spot for fantasy? 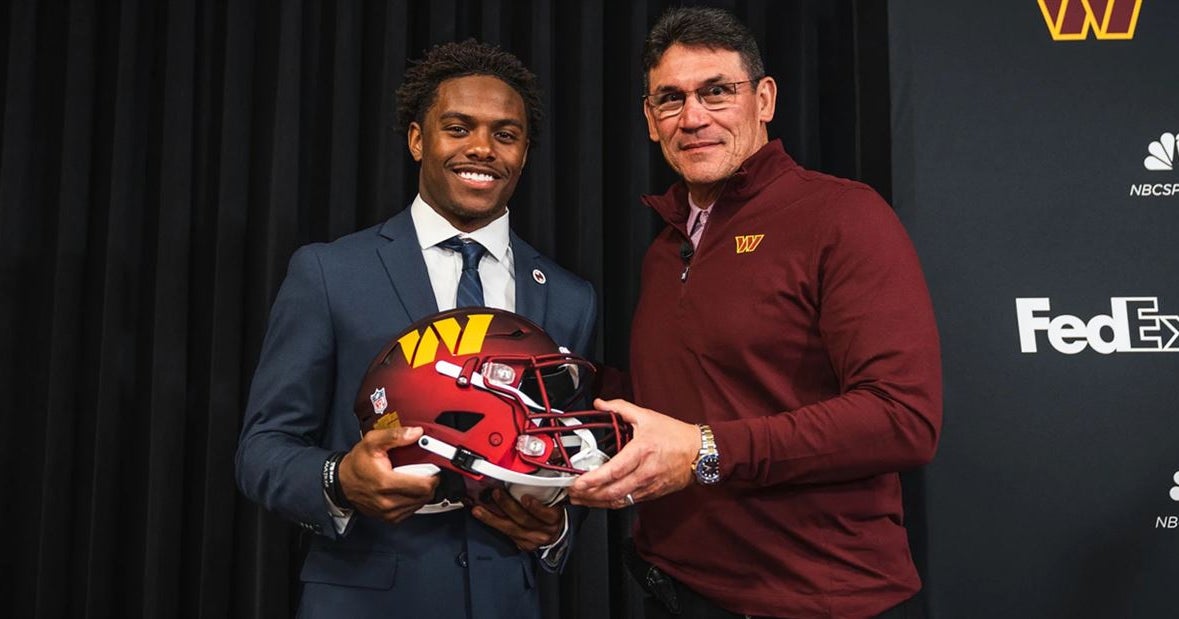 Ridder's impact in the NFL could come sooner than many may think.

The 2022 NFL draft has concluded, and we are well underway to starting our dynasty rookie drafts.

Entering this draft, landing spots would play a huge factor in how we valued each of the offensive skill players for fantasy purposes. Now that we know the landing spots, we can better evaluate fantasy impacts for 2022 and beyond.

There are a few “no-doubt” options that we can highlight. However, this article will break down a few players that are going to have their roles be more impactful than you might think.

Ridder is coming into this year as the backup to Marcus Mariota. Then again, which QB drafted isn’t coming into the season as their team’s backup?

Atlanta signed Mariota to a two-year $18.75 million deal this off-season to be the incumbent to Matt Ryan. Even though he is under team control for two seasons, the Falcons have an easy out for the second year. That’s where Ridder’s impact comes into play.

With the 2023 QB class being much stronger than this past year, the Falcons could turn to Ridder mid-season to determine whether they will be one of the players for C.J. Stroud or Bryce Young. If Ridder can show himself to be an NFL-caliber starting quarterback, the Falcons could look to allocate their assets in other areas of their roster. Doing so could speed up their re-tooling process and make them contenders in the NFC South as early as 2023.

Well, what do you know? Another Atlanta Falcon makes their way onto this list.

Breece Hall and Kenneth Walker will undoubtedly be impactful for their teams this season. With the Falcons backfield currently featuring the Swiss Army Knife Cordarrelle Patterson and second-year back Qadree Ollison, Allgeier is being put into a situation where he can command the touches in the backfield as early as Week 1 if he is quick to impress in camp.

Patterson’s versatility allows him to be used all over the field, leaving Allgeier as a consistent staple for the Falcons in 2022.

Wide receivers were flying off of the board this year. There were a record-breaking 20 WRs taken in the first 20 picks of this year’s draft. There were even teams trading up to ensure they got “their guy.” While many find themselves in strong situations for this season, Jahan Dotson’s fit for the Commanders is flying under the radar.

After Terry McLaurin, Washington’s receiving core was questionable. Curtis Samuel has not been able to stay healthy in his time with the team. Dyami Brown and Cam Sims have also not been impressive either. Dotson immediately comes in as the team’s WR2 for this season, with a chance to be featured more than some think.

McLaurin is in the final year of his rookie contract with the team. It does not seem as if Washington is making a push to lock up their star WR, and there are even reports that he could be traded. If Scary Terry is traded, Dotson will be the WR1 for a team that is desperate for production at the position.

Like the QB class this year, the TE class was nothing to be impressed by. It leaves Trey McBride as the obvious answer here.

Last year’s John Mackey award winner padded the stats sheets leading all FBS tight ends in targets and receiving yards. If you included wide receivers, he was 23rd in yards in the country.

The Cardinals will begin the season without star wide receiver DeAndre Hopkins for six weeks because of a suspension. Due to this, the Cardinals could go into the season featuring more 12 personnel early to utilize their second-round pick from the very beginning. Zach Ertz was brought back on a new three-year deal this off-season. This situation compares to the one he found himself in while in Philadelphia when they too drafted TE Dallas Goedert in the second round to compliment him.

Although the length of the new deal could have many people scratching their heads with this selection, the Cardinals can move on from Ertz as soon as 2023 with a $2 million cap hit if they are to cut him. Should McBride show that he can hold his own, Arizona could decide to go that route and make McBride their TE1 going forward.