Best Of: The Famed 2023 Running Backs 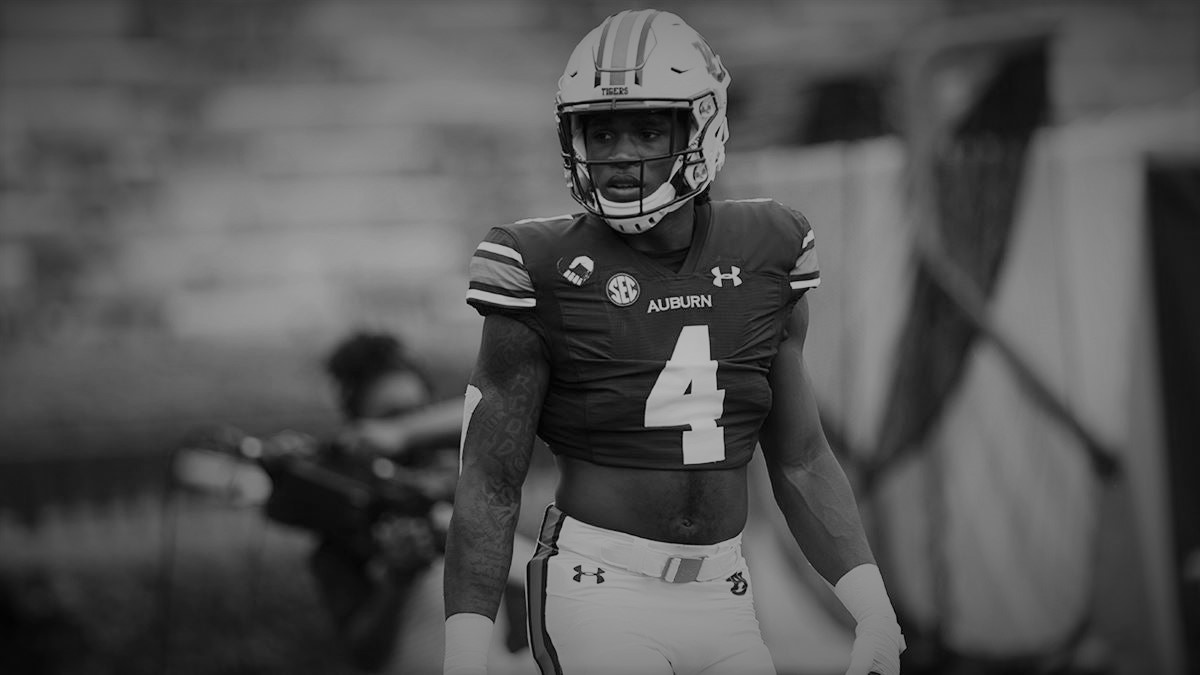 The dynasty community has been waiting a long time for the heralded 2023 class to arrive. In particular, we eagerly await the running back position within the class. Bijan Robinson is the prize piece of the running back group. But what about the others? There’s still plenty of time to transpire before the 2023 NFL Draft when these rookies migrate over to our dynasty rosters.

The purpose of this article will be to examine which running backs possess elite traits at the position. Who stands out the most in regards to specific skills desired at the running back position?

Without further ado, let’s get to it, NerdHerd!

Devon Achane will head into his Junior campaign looking to follow up an impressive 2021 season sharing the Aggies backfield with Isaiah Spiller. Achane was one of the more efficient running backs in the country in 2021, handling 154 touches for 1,171 total yards. Per Pro Football Focus, his 94.5 rushing grade is the best among SEC ruining backs since 2020.

The skillset that separates Achane the most is his game-changing speed. Beyond playing football, Achane is also a celebrated track and field athlete. He boasts personal best times of 10.14 in the 100-meter and 20.20 in the 200-meter events.

This guy can fly.

At 5’9 185 pounds, the main question revolving around Achane is whether or not he can handle a full workload at the next level. He projects as a change of pace running back for the NFL, but there’s no denying the electricity he offers. If Devon Achane can build on his 2021 season with another impressive campaign, day two draft capital remains a possibility.

Tank Bigsby heads into a vital year three for the Auburn football program. Despite leading the Tigers in rushing each of his first two seasons, Bigsby has left devy enthusiasts yearning for more. While he’s maintained his value, for the most part, 2021 was considered a down year. It is possible expectations were too high. That, or there may be a little prospect fatigue right now when it comes to Bigsby.

When you turn on the Tank tape, you see a running back who enjoys taking on contact. Bigsby doesn’t possess jawbreaking long speed, but he’s a chain mover who can pound it in between the tackles. At 6’0 213 pounds, Bigsby has solid NFL size. He runs with purpose and reckless abandon when he gets going downhill.

Tank has some of the better contact balance in the 2023 running back class. He’s pound-for-pound, one of the more physical runners in the country. Per Pro Football Focus, Bigsby is one of only three SEC running backs with 40 plus missed tackles forced in each of the past two seasons. Impressive recognizing that Auburn’s offensive line endured their struggles in 2021.

Tank Bigsby remains on a solid path to translate over to dynasty rosters. His powerful running style can be thanked for that.

Jahmyr Gibbs is a special talent with a versatile skill set. What singles out Gibbs from others in the 2023 running back class is his ability as a receiver out of the backfield. Gibbs has accounted for an impressive 59 receptions during his first two collegiate seasons. The transfer from Georgia Tech to Alabama looks to take his game to another level in 2022 for the Crimson Tide.

Look for Nick Saban to manufacture touches for Gibbs in 2022. Pro Football Focus has Gibbs as the only running back in the country with a receiving grade of 90 plus in each of the last two seasons. His 91.5 receiving grade from 2021 was the highest by a P5 running back since 2015.

Get the ball in Jahmyr Gibbs’s hands, and good things happen. Moving from Georgia Tech and its subpar offensive line to an Alabama offensive line that’s annually one of the best units in the country will do wonders for Gibbs’s 2022 outlook. There’s no denying Jahmyr Gibbs has star potential waiting to be unleashed.

You didn’t think I forgot about him did you?

Junior tailback Bijan Robinson has been the prize of devy for an extended period now. He’s the total package. The closest to a complete running back college football has to offer. Honestly, Bijan would oversee many “best of” categories at the position. The star tailback built on an impressive true freshman season with 1,422 total yards and 15 touchdowns in 2021.

Robinson is a rare blend of size and skill. A quick accelerator with light feet and instinctive playmaking traits. Bijan might not have the most elite long speed, but he shows sufficient burst between the tackles and consistently gets to the edge. Beyond his running skills, Robinson is an extremely talented receiver out of the backfield. He can be lined up in the slot and in various formations. Totaling 26 receptions in his sophomore year, Bijan reaffirmed himself as a true three-down threat.

This was easy awarding Bijan ‘best player’ in the 2023 running back class. Now we sit back as one of the most highly anticipated prospects in a few years gears up for his junior season.

Get your popcorn ready.